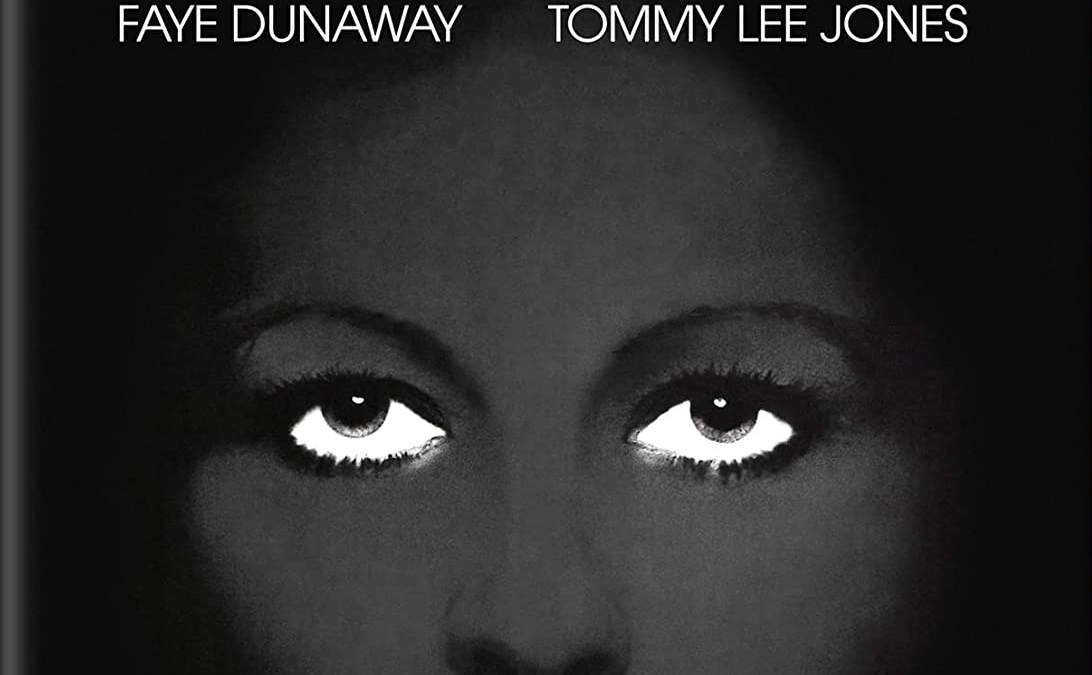 Giallo-inspired thriller from the mind of John Carpenter and directed by Irvin Kershner. The Eyes of Laura Mars gets a Blu-Ray special edition thanks to Kino Lorber.

They really don’t make films like this anymore.  Big Budget splashy Horror Thrillers.  Though even though the studio-produced Adult minded thrillers The Eyes of Laura Mars with its Giallo trappings is above those with stars Faye Dunaway and Tommy Lee Jones at the peak of their star powers.

Fashion photographer Laura Mars (Dunaway) is at the apex of her career.  Lauded, well paid, and a new book on the way.  It would be perfect if Laura wasn’t having terrifying dreams of a serial killer’s POV as they stalk and kill the people closest to her.  Everyone tells her that it’s just nerves until the police – in the form of Lieutenant John Neville (Jones) shows up asking questions.  The further down the rabbit hole Laura goes the more disturbing it gets until Laura’s final confrontation with the killer.

Dunaway and Jones work beautifully as the pair are thrown together in his dangerous game of an obsessed killer.  The work they’ve done here is exemplary.  Both at the time doing some of the best work of their career.  Dunaway is a year or so out from winning Best Actress in Network.  Jones just hitting his stride and is only a year or so away from starring in Coal Miner’s Daughter and Executioner’s Song.  What could have been a by-the-numbers job for both isn’t because each is compelled by the other in their performances.  Even the most ridiculous notions are given grounding by the two stars and their performances.   Add to the chemistry the two have on screen makes the film’s second act feel less “wheel’s spinning” and more natural evolution of the story and where the relationship evolves too.

Not to be outdone by its leads, The Eyes of Laura Mars, is cast with a who’s who of great actors who would become staples of the 1980s and 1990s.  Brad Douriff, Raúl Juliá, René Auberjonois, Frank Adonis, Lisa Taylor, and Darlene Fluegel all show up in supporting roles.  Though its Douriff who steals the show as Laura’s driver with a pass.  The role is perfunctory but Douriff’s energy and approach elevate it beyond a mere plot machination into a living and breathing character.

Armed with an early script by John Carpenter – who was a student of USC Professor Kershner – director Irvin Kershner gives his own stylish spin on the Giallo.  Make no mistake though, this isn’t an Argento technicolor masterpiece, Kershner and cinematographer Victor J Kemper make this more of a gritty affair.  New York City is shot through a Hulmet Newton (who was paid to use his work as Laura’s in the film) style lens – artfully decayed and decadent.

The film is filled with red herrings, twists, and turns, evidence that goes nowhere, and more than a few wrongfully accused suspects (including ex-husbands and others obsessed with Laura and her work) until the gonzo finale.  The Eyes of Laura Mars makes no qualms about its ‘you gotta be kidding me’ ending that many will see a mile away.  That isn’t because the film doesn’t mask it or does not land its ending.  It does so quite successfully.  Rather the troupes and conventions they were using have been used ad nauseum forty years later.

All that being said, The Eyes of Laura Mars is still a beautifully made thriller and the type we do not get often enough. A Horror film made for adults.

Sony has provided a marvelous transfer for The Eyes of Laura Mars.  The beautifully shot film by Cinematographer Victor J Kemper is as wonderful an image as you’re going to get on Blu-Ray.  The color reproduction, contrast, black levels, sharpness, and grain structure are perfectly balanced to give us an accurate reproduction of the 35mm shot film.  The detail from the transfer is so good you’re able to see all the detail the production team put into the small visual details of this shot on location in NYC film.  Bravo to Sony and Kino for taking the extra effort in their presentation of a film that’s about a Photographer.

The archival audio commentary by Director Irvin Kershner begins with a discussion of the troubles any production has – including this one.  Some of the details include how the opening moment came to be and turned into the poster, working with editor Michael Kahn, turning down the job initially – when Barbara Streisand, accepting the job and working with Faye Dunaway, his research into photography at the time and how they developed it into the script, the casting of Tommy Lee Jones – his impressions of him and working with him, the casting and work of Raúl Juliá out of a chance occurrence, the casting of real-life models and their acting and the conditions he set up to allow them to succeed, the casting and work of Brad Douriff, the problems and issues with filming on location New York City, how they achieved the “inner vision” as Kershner calls it when Dunaway’s character is in the killer’s vision, the rewriting of the script from various other writers, and more. Kershner’s commentary track is wonderful with the director discussing all manner of technical and thematic aspects of the film, though he does often describe the action on screen but it’s all for a reason typically.

Visions (7:26) – this vintage making-of is great for anyone that loves these types of making-of featurette from the ’70s with its shot-on-film b-roll footage and glossy look at the film.

Eyes of Laura Mars Photography with Commentary (8:25) – the track by DVD Producer Laurent Bouzereau discusses some of the various scripted storylines and set pieces that did not make it into the production.  Some of the details include a different opening, a different title, some more of the “red herrings” in the script, some of the scenes that made it obvious who the killer was too early, and more.  An inventive track that allows one to see the up-close work of the amazing Helmut Newton.

Radio Spot (0:31) – the 30-second radio spot plays over one of the beautiful Helmut Newton photographs of Faye Dunaway for the film.

The Eyes of Laura Mars is a top-tier 70s studio-produced horror.  Kino has given it a worthy special edition.  Highest Recommendations!!!