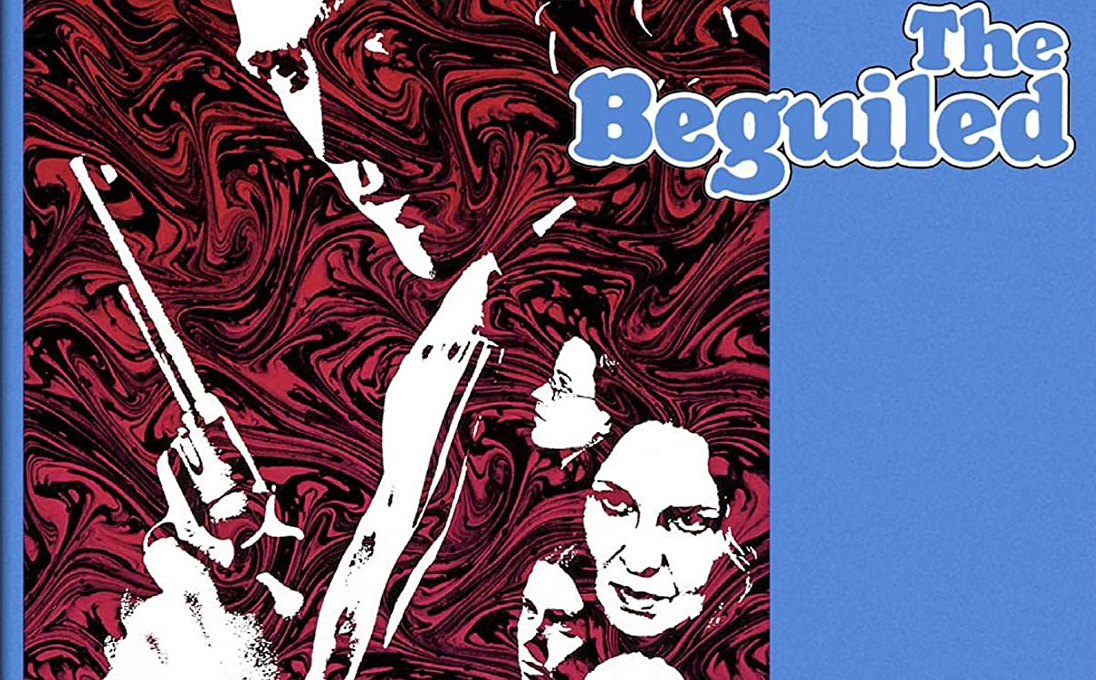 Fifty years later The Beguiled still stands as one of Eastwood’s best.  Kino Lorber has produced a beautiful transfer and thoughtful extras for this Blu-Ray release.

A Southern Gothic tale of a Civil War Era all-girls school with Clint Eastwood as both tempter and monster.  Don Siegel never directed anything so unique before or after.

At the end of the Civil War, an injured John McBurney (Eastwood) is saved by the Miss Martha Farnsworth Seminary for Young Ladies.  McBurney a snake in the grass begins to seduce all of the young women of the school including the Headmistress.  It is only too long until these women see behind the charm and smile of the soldier.  A battle of wills and sexuality quickly comes to a head and violence becomes very real for these young women.

One could see this as a vanity project for Eastwood.  A movie where the star is fawned over by females of all ages.  The Beguiled is not that movie.  It is a horror movie with Eastwood as the antagonist.  An antagonist that has no problem seducing underage females, killing pets, and doing just about anything to survive.

Director Siegel approaches the film not as McBurney is a misunderstood anti-hero but a truly despicable man who is as much a con man as he is an arrogant blowhard.  Rather than blaming the women of the story, makes them complex multi-layered beings.  Ones that have just as much sexual desire as any man.  Even now it feels this is a radical idea.

Even more radical is the idea of vengeance without consequence.  As the film turns darker and dark by its nihilistic ending one would expect some sort of “moral” consequence to these women’s acts.  None is to be found, thankfully.  They have done what is necessary to rid themselves of an evil lecherous man. Call it the anti-Fatal Attraction.

The Brand New 2K Master is beautifully.  The film photographed by Bruce Surtees has always been a difficult film to accurately transfer to home video.  Much of the film is shot in low-level light in darkness.  The new 2K transfer gives us the best contrast and black levels yet.  There isn’t a scene that isn’t beautifully transferred to Blu-Ray.  The image always remains sharp with a healthy amount of grain giving it that filmic quality.  Bravo to Kino Lorber for such a winning transfer.

The newly recorded commentary with Kat Ellinger is a must-listen.  Beginning with the opening photo montage letting us know that the opening photo is not of Eastwood, Ellinger deep dives into this film.  Other anecdotes include the film’s why the film did not go to Cannes, its initial release, the sexual politics, the Gothic style story and look, Siegel’s career, the female fantasy, Eastwood as a sex symbol in the film, and how that’s used in the film, the Sofia Coppola remake, some issues with the remake, the work of Geraldine Page, the horror of the piece, how the film relates to the 70s Rape/Revenge films, the development of the adaptation, the filming locations, and much more.  The Film Historian goes over the production, film, release, and so much more in this deeply researched commentary.  Ellinger pulls from Siegel’s autobiography, the original source material, and her own experience.

Interview with Actress Melody Thomas Scott (17:54) – the newly recorded interview with the actress who played Abigail.  Beginning with a pretty scary story about how she got the part and gaining 20 lbs over two weeks.  Scott recounts her time on set and her artistic relationship with Don Seigel.  How that relationship led to being cast in two more Siegel productions.  Her time with the various cast members including Eastwood and Geraldine Page.

The Beguiled, Misty, Don and Clint: Featurette (6:13) – this archival featurette discusses Eastwood’s career and the moment in time where Eastwood took his image and began to bend it beyond the “tough guy” persona and how Don Siegel helped him.  It features comments by Richard Schickel, producer Robert Daley, and Eastwood himself.

TRAILERS FROM HELL with John Landis (2:52) – Landis’s micro-commentary about this “kinky” (Landis’ words) Southern Gothic Horror Film.  The commentary is both hilarious and informative.

The Beguiled is a classic.  Kino has treated it as such with a beautiful transfer and thoughtful extras.  HIGHEST POSSIBLE RECOMMENDATIONS!!!!