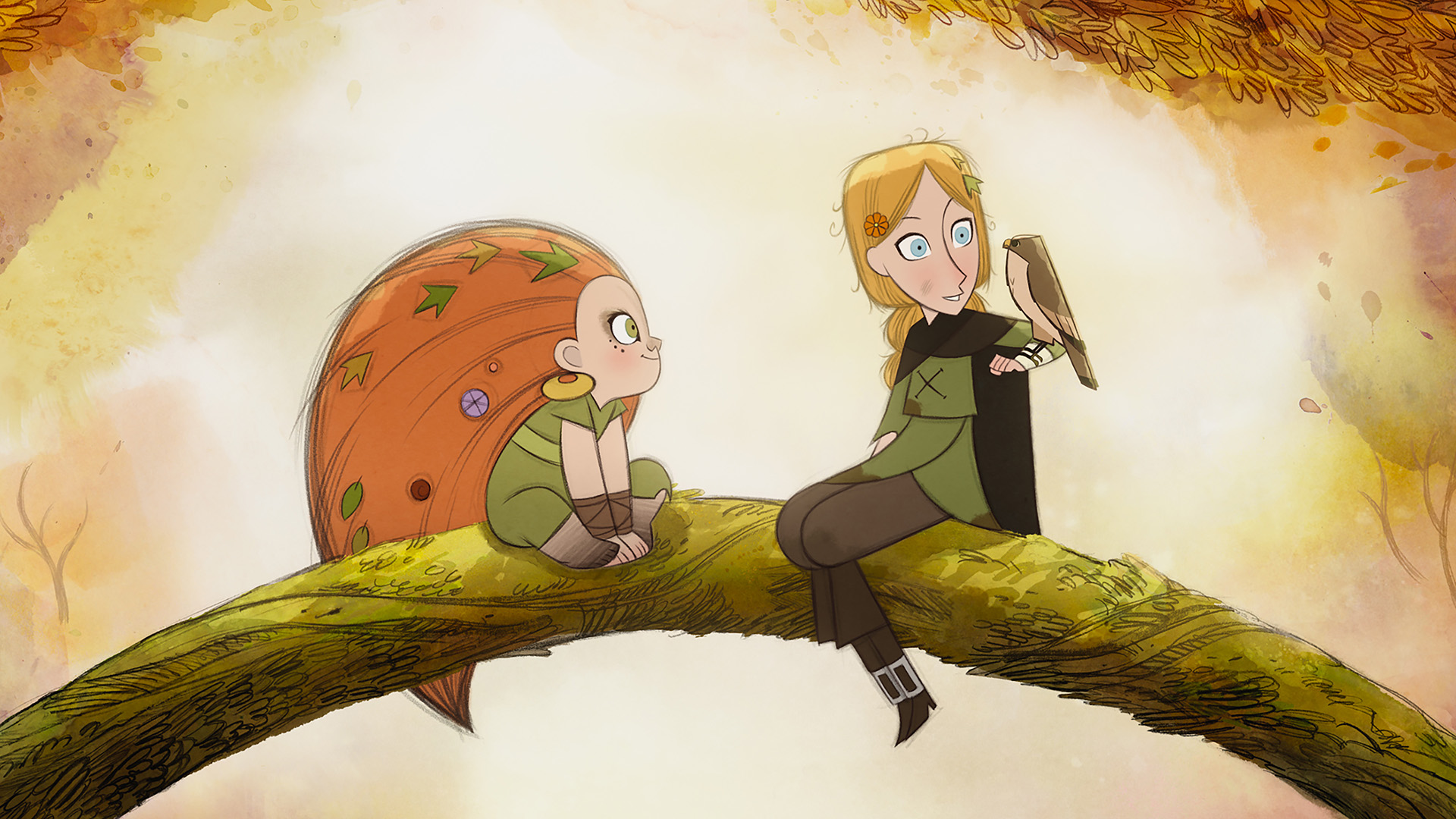 Though Wolfwalkers tells a familiar tale of acceptance and prejudice.  Though directors Moore and Stewart imbue the film with a visual splendor that few animated films possess.

Robyn wants nothing more than to follow in the footsteps of her wolf-hunting father Bill.  Having moved to Ireland from England to hunt the lycanthrope for an evil Lord Protector.  Robyn wanting to prove herself attempts to hunt the wolves in the forest alone.  In the forest, she finds friendship and magic in the form of Mebh.  A friendship that may put her and her father in danger.

If you have seen any number of adventure films or faire tales of similar ilk you will understand and predict the story beats to a tee.  Though the reason to see the film is not the story but the animation.  The film is animated like an ancient tapestry.  Though many techniques are used to alternate point of view.  Those techniques make Wolfwalkers a visual feast on par with the likes of early era Disney and Studio Ghibli.

Wolfwalkers plays AFI Film Festival 2020 as a part of the World Cinema series.