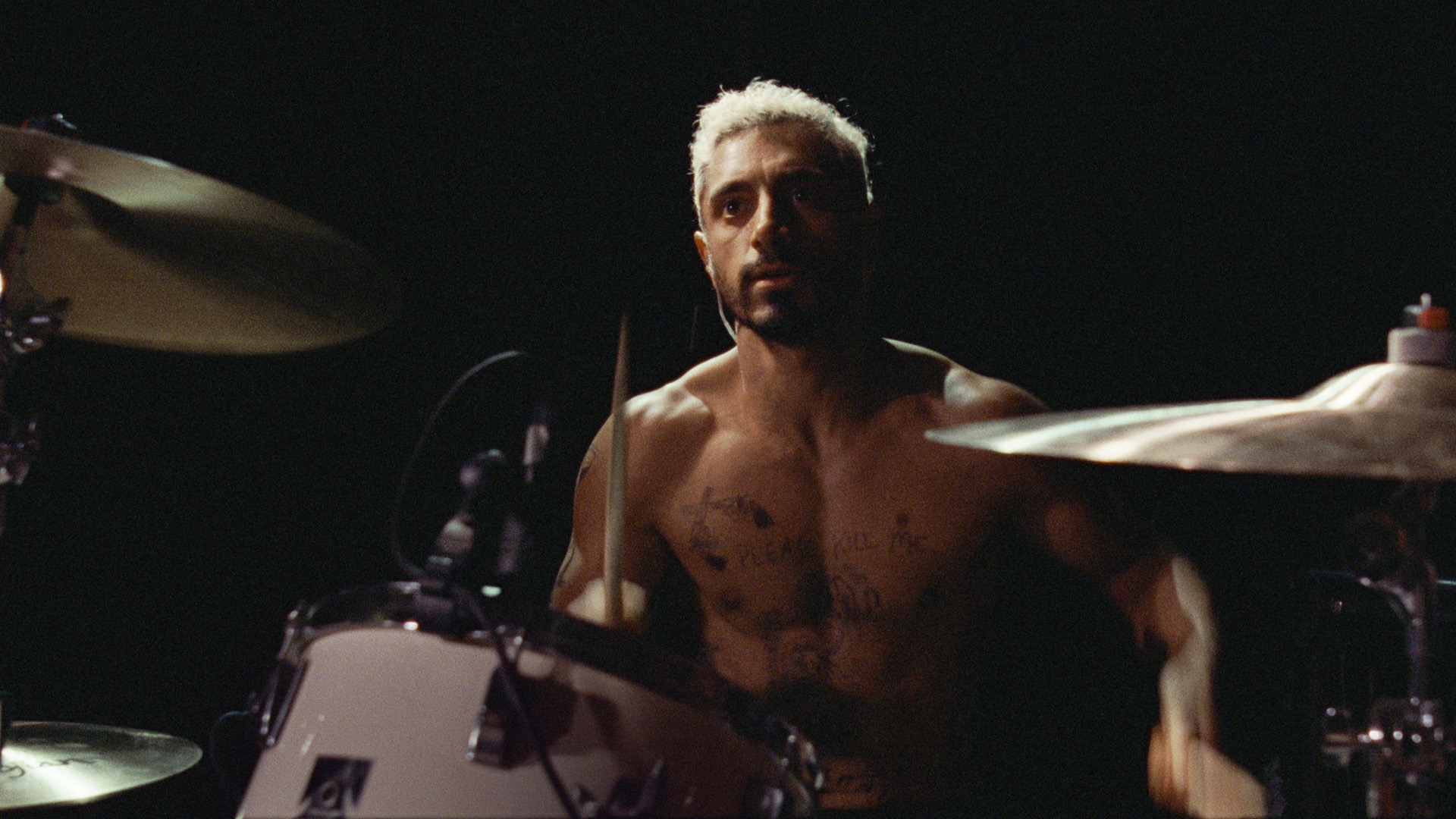 Grounded by an amazing performance by Riz Ahmed, Sound of Metal is one of the best dramas of the year.

The dramatic portrayal of someone learning to deal with a disability can oftentimes feel maudlin or inauthentic. Darius Marder’s Sound of Metal sidesteps the maudlin finding something deeply proud in Riz Ahmed’s revelatory performance.

Ruben (Ahmed) is a drummer in a two-person metal band Blackgammond with his girlfriend/singer Lou (Olivia Cooke).  Living out of an RV, the moving gig to gig, nearing success.  Then, Ruben begins to feel something is off.  Rather than ignore it Ruben gets tested.  His worst fears are realized when he is told that he is going to lose his hearing.  With reality crystalizing his decisions Ruben begins to attempt to make decisions towards his new reality.

Sound of Metal is a performance piece.  That is to say that it is not a movie about something or a statement film.  Marder’s story is about a character adjusting to his reality that is coming quicker than can be handled.  There is a verisimilitude to everything that happens to Ruben and how he reacts.  His reactions are always the most human of reactions.  There are not plot contrivances or mechanics to propagate drama.

This allows Riz Ahmed’s performance as Ruben to be front and center.  Ahmed’s brilliant as Ruben is thrown off-kilter by this sucker punch dealt by life.  There is a skittish way that Ahmed’s physical performance morphs as he loses his perceived grips of his reality and life.  The performance is mostly physical but never closed off. The magic and power of Ahmed’s performance as Ruben is how open it is.  There is never a moment you question what the actor does or what state he is in emotionally.  His final moments in the film are some of the most powerful of 2020.

A special mention should be given to the amazing soundscape work done by the behind the scenes crew on this film.  If one has the correct sound setup, the film is even greater experience in surround sound.  Giving audiences an even deeper experience.