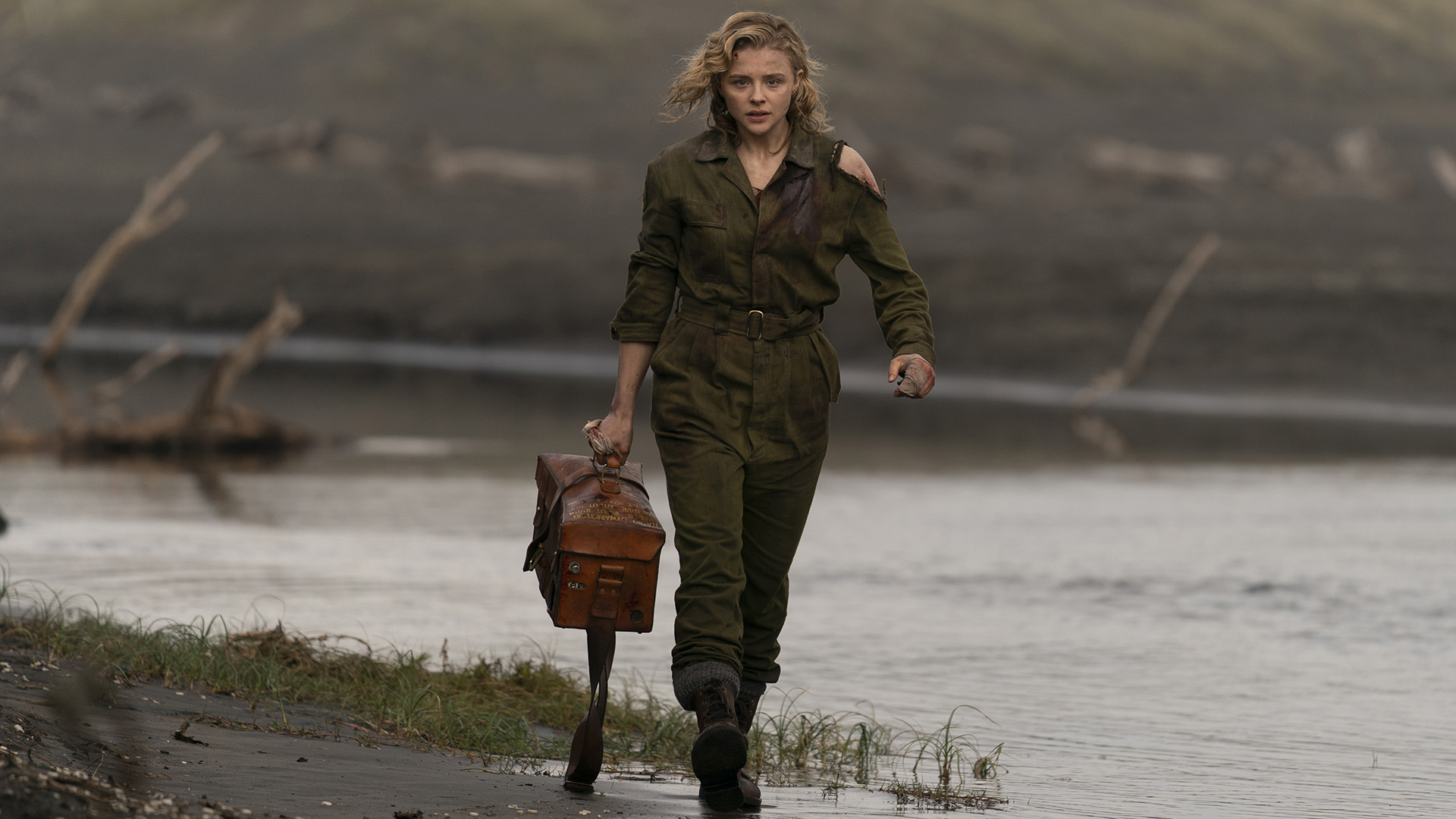 The Claustrophobic Action Thriller is brilliant in its first two-thirds but depending on your tastes will either soar or fall apart in the last third.

Shadow in the Cloud is the kind of wild B-Movie true blue midnight movie that will earn as many fans and critics.  Rosanne Liang and Chloë Grace Moretz are a directing/star combo to watch out for.

In the middle of the night in New Zealand during WWII Maude, a Female Pilot (Chloë Grace Moretz), tags along for a night flight aboard a B-17 with an all-male chauvinist crew. Her mission highly classified.  This does not stop the men from sticking her in the belly turret.  Once in the turret, all manner of things begins to occur not the least of which is something that appears to be tearing the plane apart. Armed with her wits and her commitment to her mission she may be the only one to save the crew and her package.

Make no mistake from the opening moments’ Shadow in the Cloud does not make any qualms about what film it is.  Overwrought, over-the-top, over everything the film is as much inspired by the crazy pulpy action of Indiana Jones, and Twilight Zone as it with work John Carpenter to Kathryn Bigelow to Joe Dante.  Liang creates a visual style that is as accomplished as any of her peers.  The fact that the bulk of the film takes place with Maude in the belly turret is even more of an accomplishment.

Chloë Grace Moretz announces herself as an action lead with Shadow in the Cloud.  Yes, the actor has played action in both Kick Ass and Kick Ass 2 but here the film requires her to carry the film.  Like Jamie Lee Curtis, Sigourney Weaver, and Harrison Ford before her Moretz proves to be a magnet lead that carries us through even the most ridiculous (and there are quite a few) moments.  Even when the film goes off the rails, and it does in spectacular fashion, Moretz is the front and center, anchoring every moment.

Shadow in the Cloud’s finale cannot be undersold.  It is a wildly fun, funny, audacious, and all-together insane third act.  Even if this reviewer is not fully sold that it is entirely successful it would be a shame to ruin exactly how things play out.  Needless to say, it will be one that will be discussed by everyone that sees it.  In that regard, Shadow in the Cloud is a huge success.

Shadow in the Cloud plays at AFI Film Festival 2020 as apart of the New Auteur series.