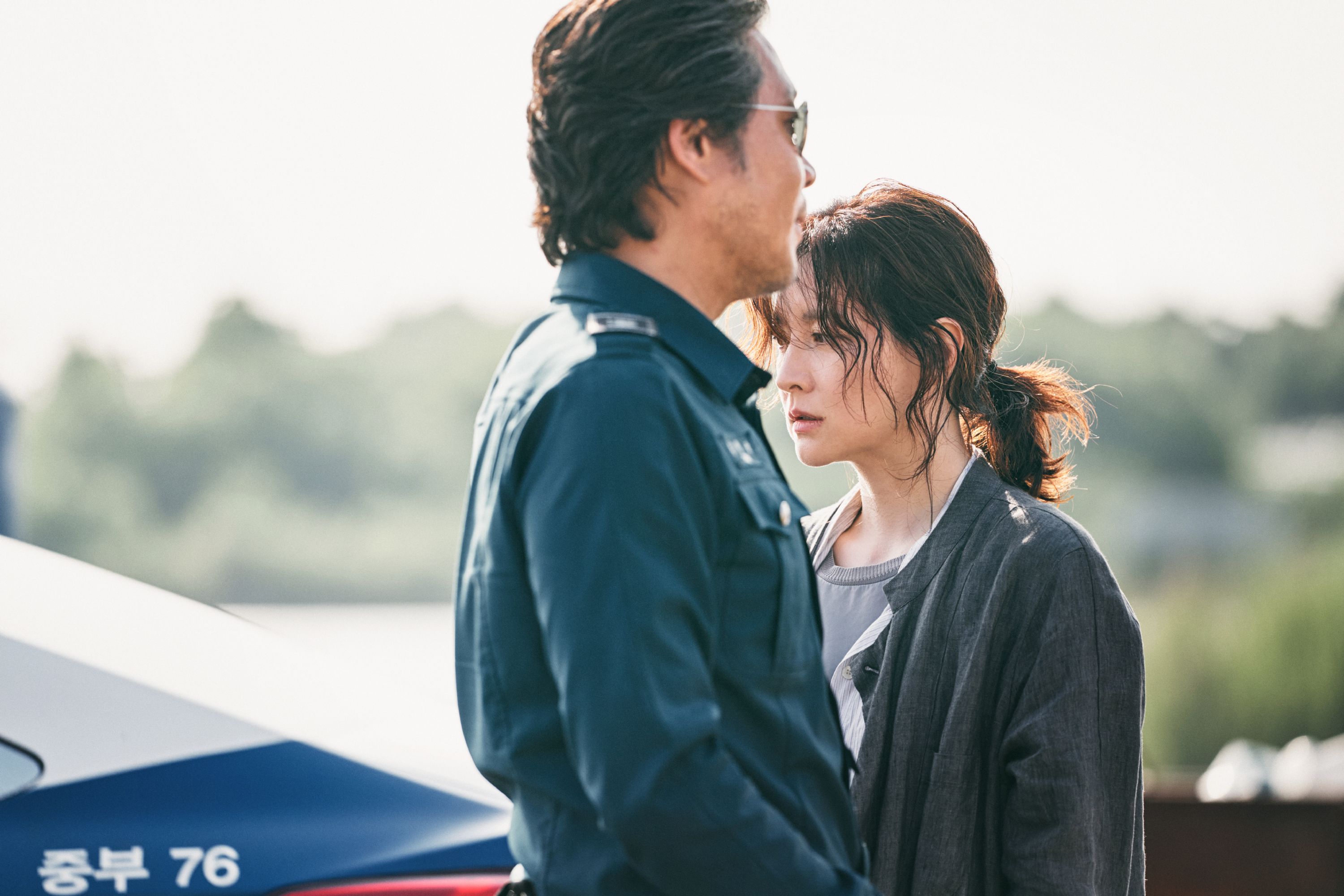 Actress Lee Young-ae comes roaring back to the screen with this intense thriller.

Kim Seung-woo’s debut feature special enough to lure Lee Young-ae back to the big screen (her last role being Park Chan-wook’s Lady Vengeance).  Bring Me Home proves that in every way is a fitting return for this amazing actress.

Jung-yeon (Lee Young-ae) a woman who when she isn’t a Nurse in the ER is looking for her missing Son.  Six years have passed and even her estranged husband is beginning to give up hope.  A series of tragic events bring Jung-yeon into the circle of a Fishing Community, specifically a family that bears a striking resemblance to her son.  With nothing but her unwavering determination, Jung-yeon seeks to find the truth no matter that a violent corrupt cop, child-abusing men and women stand in her way.

Upfront trigger warning this film shows with stark clarity abuse (in all its forms) towards children.  If this is something that one cannot stand to watch, please stay clear.

That being said, Bring Me Home is one of the tensest and harrowing thrillers one will see this year or any year.  Director Kim’s film is built in a way that throws the rug out from under you very early and never lets you settle into a comfortable viewing.  If anything, the film continually tightens its noose around the viewer until its amazing third act finale.

It is no small affair that Lee Young-ae has decided to work again in film.  The actor’s work in Lady Vengeance counts as some of the best work of the 2000s (yes, the last twenty years if you have not seen the film, you must).  As Jung-yeon there is a very different take on the thriller, one that at first audiences may not be accustomed to.  There is a frailty and a sense of grief that runs through the performance that adds of concern. Like the deer that someone cuts and kills in the film, Jung-yeon seems defenseless, like a light breeze would topple her over.  It is in this zone that Lee creates an indelible character that by the end you are both scared for and rooting for.

Lee’s work would be for nothing if she did not have an able co-star and in Bring Me Home, she has several.  Chief among them, Yoo Jae-myung as the small-town Police Sargent that will do anything to do away with anything that he perceives as a threat.  Yoo’s performance is not villain twirling histrionics.  Sgt. Hong like truly evil people is causal in his villainy and sees everything as a nuisance to his form of justice. The way that Hong in Yoo’s hands perceives himself as a just and righteous hero is one of many story points and character-rich moments in the script written by director Kim.

To say more about how everything unfolds in Bring Me Home would be to ruin one of the best thrillers of recent memory.  This is the real deal.  If this is the kind of material that Lee Young-ae was waiting for. Let us hope, she does not have to wait another fifteen years.  Though, we will gladly wait if that’s what it takes.  Bring Me Home is that good.