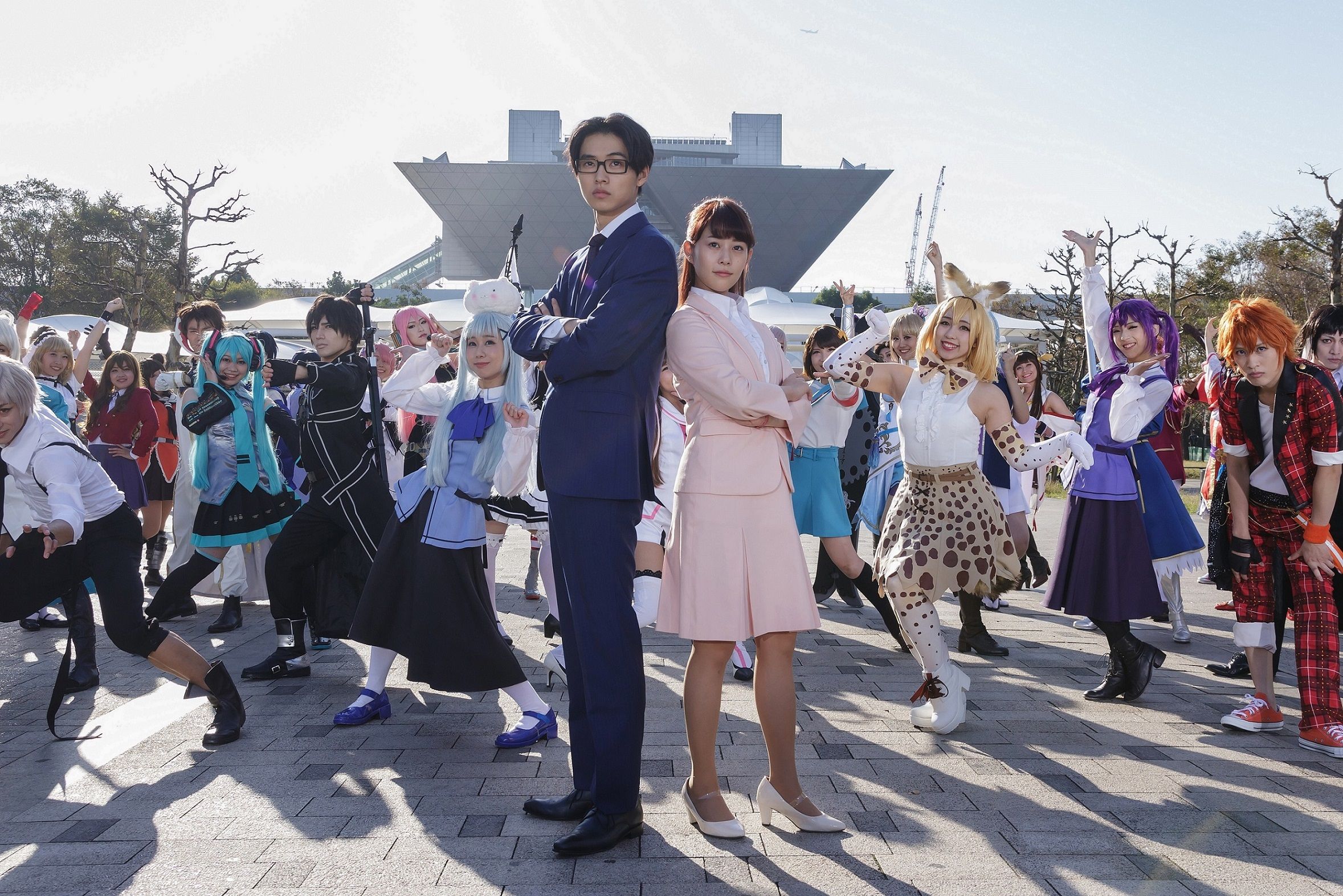 You don’t have to be an Otaku to enjoy the blissful enthusiasm of this Musical Rom-Com.

Please pardon the Pulp Fiction cliché but, this is for the uninitiated in Japanese Culture….

Otaku (Noun): (in Japan) a young person who is obsessed with computers or particular aspects of popular culture to the detriment of their social skills.

Writer/Director Yuichi Fukuda has hit gold again with Wotakoi: Love is Hard For Otaku a musical romantic comedy about Nerd Culture in Japan.  The film treats its leads with the depth, love, and affection that Fukuda’s previous work has shown.  Unlike HK and HK2 this is not about pervert superheroes but two wholesome people looking for love.

Narumi (Mitsuki Takahata) has a new IT job at a new company.  Her life was supposed to begin again.  At her last job, her life as an Anime Otaku and her ex-boyfriend made things complicated.  Swearing off boys and concentrating on work seems to be a hard task.  Especially when childhood friend, now co-worker, Hirotaka (Kento Yamazaki), a gaming Otaku, comes back into her life.  It is only a matter of time until Narumi and Hirotaka make literal music together as the Otaku couple of the century.  But is being an Otaku enough?  Especially, when you do not share the same interests.

Wotakoi: Love is Hard For Otaku is the kind of infectious comedy musical that requires zero understanding of the culture you are thrown into.  Director Fukuda adapting from a popular Webcomic and TV series gives the film so much energy and spirit one would be hard press to not at the very least smile at the film.  The film at its core is a love story that requires no interest or knowledge of anime, yaoi, manga, gaming, and the subcultures within.  Though having some knowledge makes the experience all the more engaging.

The biggest surprise is the musical numbers.  They vary from J-Pop to Rodgers and Hammerstein to Jazz infused numbers.  Each is stylistically rendered to perfection with Director Fukuda working with cinematographers Tetsuya Kudô and Yasuyuki Suzuki.  Better still is each musical number plays to the emotional state of the characters like a traditional musical.  Wotakoi: Love is Hard For Otaku does not hide that it loves musicals.  The film is proud that it is a fully realized one with numbers as good as anything in La La Land or any recent musical.