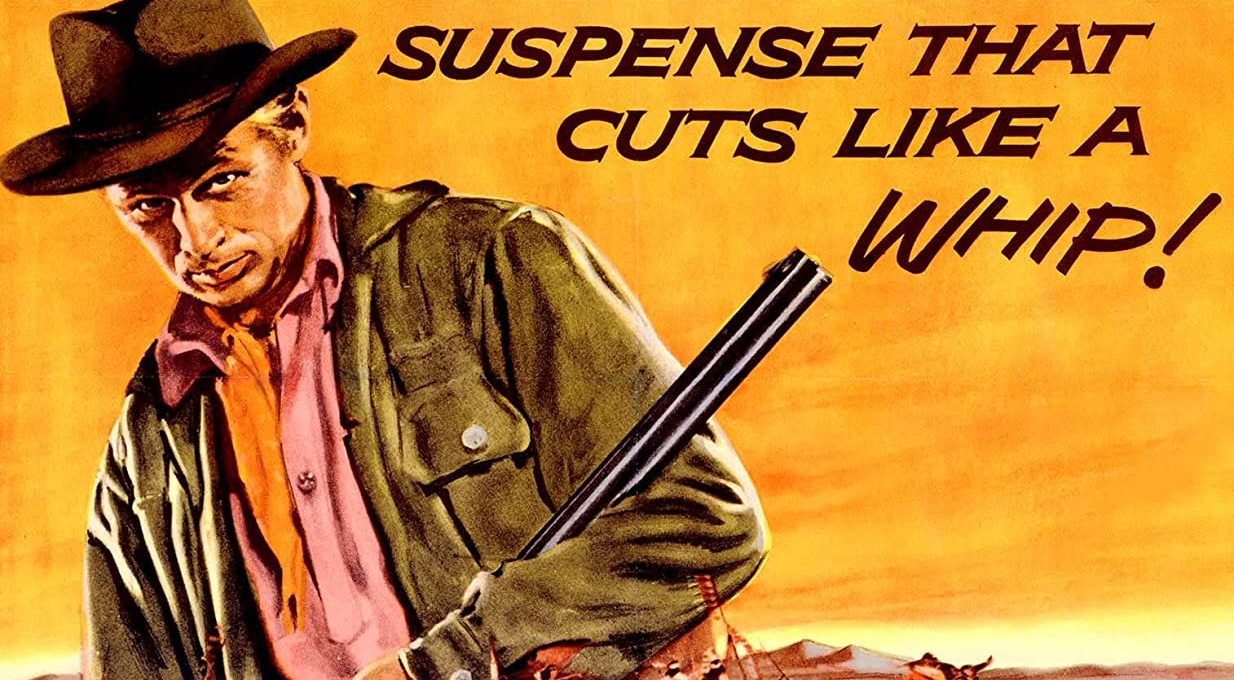 Backlash like Sturges other film Bad Day at Black Rock is about revenge approached from a different perspective.  Like that other classic Sturges film, Backlash revels in the way it bucks the conventions of the genre.

Jim Slater (Richard Widmark) is on an obsessive hunt for a man who was witness to his father’s death at the hands of an Apache raid.  Slater is aided and aids Karyl Orton (Donna Reed) a woman who is searching for someone from that same Apache raid.  We quickly learn that Slater and Orton could be on the trail for the same man.  A man who could not be what they are looking for.

Working from a lean adaptation by Borden Chase (from a Frank Gruber Novel), Sturges creates a world of tough men, tougher women, and where violence is always around the corner.  Beautifully realized in Technicolor and Widescreen the film is polished but not so polished that it feels studio-bound (even though there is a fair amount of studio work).  The polish allows Sturges and Chase to create a film so dark, tense, and sexually aware that even the most progressive of westerns at the time.

Backlash even at its final third act gives us the typical mano-a-mano showdown but does so with an unexpected twist.  The third act is like the rest of the film, adroit filmmaking at its best.

This new 4K restoration provided by Universal to Kino Lorber is outright beautiful.  The Technicolor vibrance of the transfer is the standout, along with the contrast levels.  The razor-sharp image is sure to delight fans and newcomers alike.

The newly recorded commentary by critic Samm Deighan is a solid informative track.  Deighan does a great job discussing this great Psychological Western, how this relates to Film Noir, the Western Noir vs Psychological Western, Revenge Films, John Sturges, Richard Widmark and his work in Film Noir (specifically his infamous role in Kiss of Death), Donna Reed and her career including her show, the production of the film, the work of Andre De Toth, Anthony Mann, and much more.  It’s a great commentary track worth your time.

Rounding out the special features are trailers for Backlash, Yellow Sky, Time Limit, The Way West, Madigan, The Satan Bug.

KL Studio Classics Blu-Ray of Backlash is out August 18th