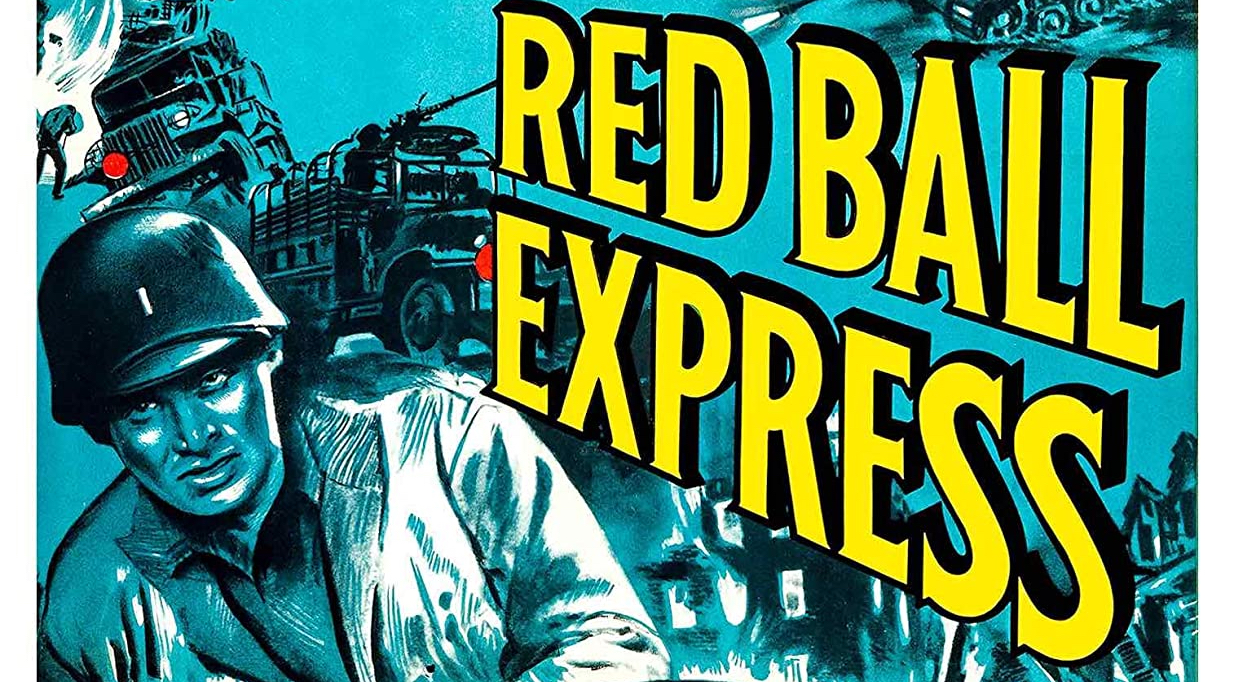 The hardest trick to do in genre is to elevate the material beyond its conventions and trappings.  Enter director Budd Boetticher. The director never met a genre or subgenre he didn’t work overtime to make something more.  He takes the unique premise of The Red Ball Express and makes it sing.

As D-Day has passed the US in the midst of a ground battle with the Nazis.  The supply chain has dwindled making Tank Companies impossible to forward as the war hangs in the balance.  The army creates the Red Bell Express a Truck Company whose specific purpose is to supply the Tank Companies fighting and moving in on Paris.  Lt Chick Campbell (Jeff Chandler) is put in charge of this group of what amounts to office clerks.  He and his second in command Sgt Red Kallek (Alex Nicol) have the kind of history that will eventually either bond them or kill them. The men turn from an inexperienced group of ramble to the lifeblood of the war.

Boetticher’s film takes the simple Army Actioner and elevates it to a surprisingly sharp piece of genre filmmaking. What could have been a simple perfunctory directorial effort is anything but.  Many lesser of a director would rely on stock footage but Boetticher’s film keeps it to a minimum and finds effective ways to stage the action set pieces.  It helps that the script, written by John Michael Hayes, Marcy Klauber, and William Grady Jr and direction are aimed at character and never to the action beats.

The Red Ball Express is a brisk 82-minutes of action entertainment.  Yes, it isn’t historically accurate but it definitely, for the era, is very

The beautifully stark Black and White photography is reproduced perfectly here.  The contrast levels, grain structure, and sharpness all look great on the disc.  Anyone that loves black and white on Blu-Ray is definitely in for a treat with this film.

The newly recorded commentary by Filmmaker Steve Mitchell and author Steven Jay Rubin.  The King Cohen director and Combat Films: American Realism author do a great job of giving a historical context to the making of the film.  They discuss Boetticher’s direction, style, and career, the career and acting stylings of Jeff Chandler, War films, Cinema vs TV during the 1950s, Sydney Poitier, the Universal look and feel of their programmers, the racial tensions that were and were present in the film, how historically inaccurate the film is, and much more.

Cineastes know Budd Boetticher and just how special the director’s work is.  KL Studio Classics Blu-ray of The Red Ball Express is an elevated Programmer.  RECOMMENDED!!!