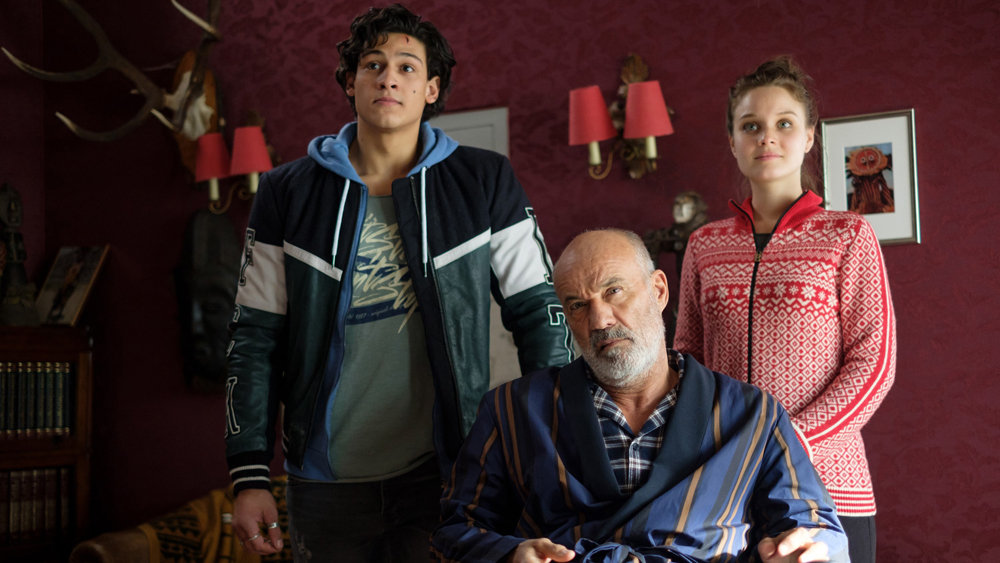 The Das Kino strand of the Manchester Film Festival (MANIFF) continues with Cold Feet, a light-hearted romantic comedy which also features a grumpy old man, gangsters, and a lot of snow.

There is a long-standing opinion in this country that Germans have no sense of humour, or at least that the national humour is somewhat idiosyncratic.

Well, I challenge anyone to watch Cold Feet and not laugh out loud at least half a dozen times. Even for someone who generally avoids comedic films, it did raise several chuckles.

Admittedly there are a couple of cheap visual gags that were not strictly necessary (for me), but those aside, Cold Feet is entertaining, funny and is grounded in some solid performances by the three leads.

Denis (Emilio Sakraya), a likeable but lazy petty criminal, is forced to break into an ailing rich man’s (Heiner Lauterbach) home to repay a debt to the local crooks. Wouldn’t you know it though, the man’s granddaughter Charlotte (Sonja Gerhardt) arrives unexpectedly, and Denis decides his only chance is to pretend to be the older man’s nurse. Capers, romantic and otherwise, ensue.

The two standouts are Sakraya and Lauterbach (who also shows up in this year’s MANIFF opener Traumfabrik). The latter is a well-known face from German TV series and movies as well as the film world, and in Cold Feet his performance is limited to communicating through snorts and ticks due to the indisposition of his character. With this restriction he is both wily and funny, communicating whole sentences with just the raising of an eyebrow or a well-intoned grunt. Sakraya on the other hand gets plenty to say, and his lightness of spirit and his charm make him the ideal candidate to clumsily get the girl while awkwardly battling the bad guys.

Unless films in languages other than English are deemed as having ‘something to say’, or are particularly artistic, it’s uncommon for a straightforward movie (in this case a romantic comedy) in a foreign language to get any attention, or even a release, outside of those countries where the language is spoken. And so I’m pleased that Manchester Film Festival included Cold Feet in its offering as it’s ideal lazy evening entertainment. And technically it’s a Christmas movie too if you’re looking to add to the list!