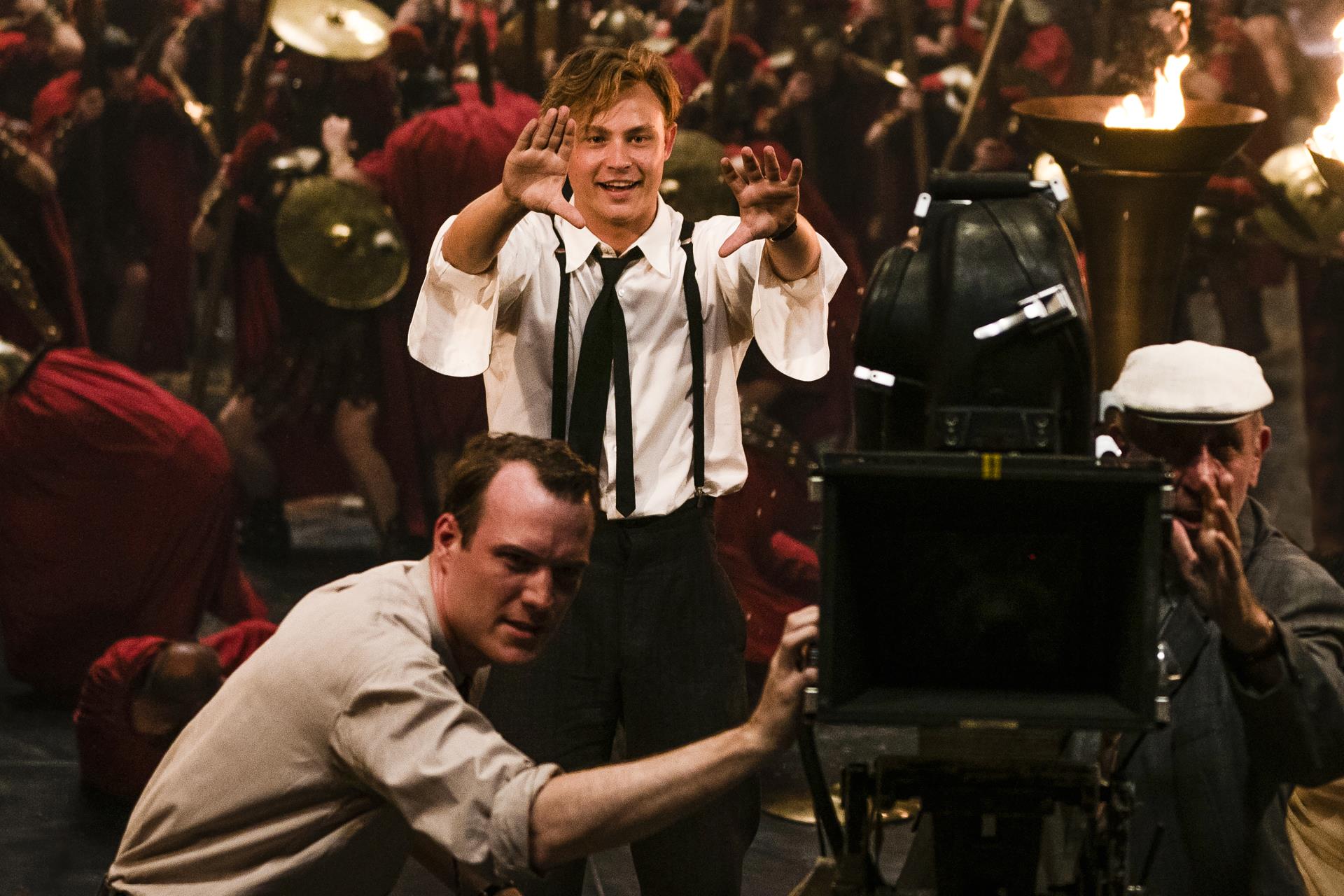 What better way to open a film festival than with an ode to the magic of cinema!

Fair play to Manchester Film Festival, whose opening night screening for the 2020 event is a film not in the English language. This pleases me no end as it sends a real message, whether intentional or coincidental, that a film is a film no matter what language the actors are speaking.

Traumfabrik is a German film, and in addition to being the festival opener is also part of the Das Kino strand of German film at this year’s event.

In many ways it’s the perfect choice to kick things off, as it’s a love story set in the famous Babelsberg film studios in Berlin in the summer of 1962 and is also an ode to filmmaking both classic and present day.

Our two leads, Emil (Dennis Mojen) and Milou (Emilia Schüle) have their meet cute on his first day at work at the Babelsberg film studios on the Eastern outskirts of Berlin and as their attraction grows, the date of her return to France comes ever nearer.  But this isn’t the greatest stumbling block to their potential happy-ever-after; those in the know as far as European history are concerned will recognise that 1962 was the year in which the Berlin Wall appeared literally overnight, dividing families, disrupting employment and ending relationships.

Don’t think though that this is some heavy-handed, grey-toned Iron Curtain melodrama. As befits any romantic tale there are ups and downs for sure, but this is a wildly colourful movie with gorgeous costumes, sumptuous sets, falling rose petals, and even elephants! Traumfabrik  – in English Dreamfactory – invokes classic films such as Singin’ in the Rain, Cleopatra and even Good Bye, Lenin! and no doubt references a number of German classics that viewers from outside of Germany won’t recognise specifically, but which no doubt have their Hollywood counterparts.

Among all the grand romantic gestures, the backdrop of a divided Germany isn’t ignored. And while the comrade officials putting their interfering fingerprints in the filmmaking provide a little comic relief, the fictional film at the centre of the romance succeeds in spite of them.

What the light touch does do however is allow the era of East/West divide to be revisited for those who may be too young to remember it, or perhaps don’t know anything about the history at all. There’s no doubt to the viewer that things were not fine and dandy during that period, and if it helps to remind people of a time and events that should not be allowed to happen again – while simultaneously providing some romantic entertainment and laughter – then that can only be a good thing.