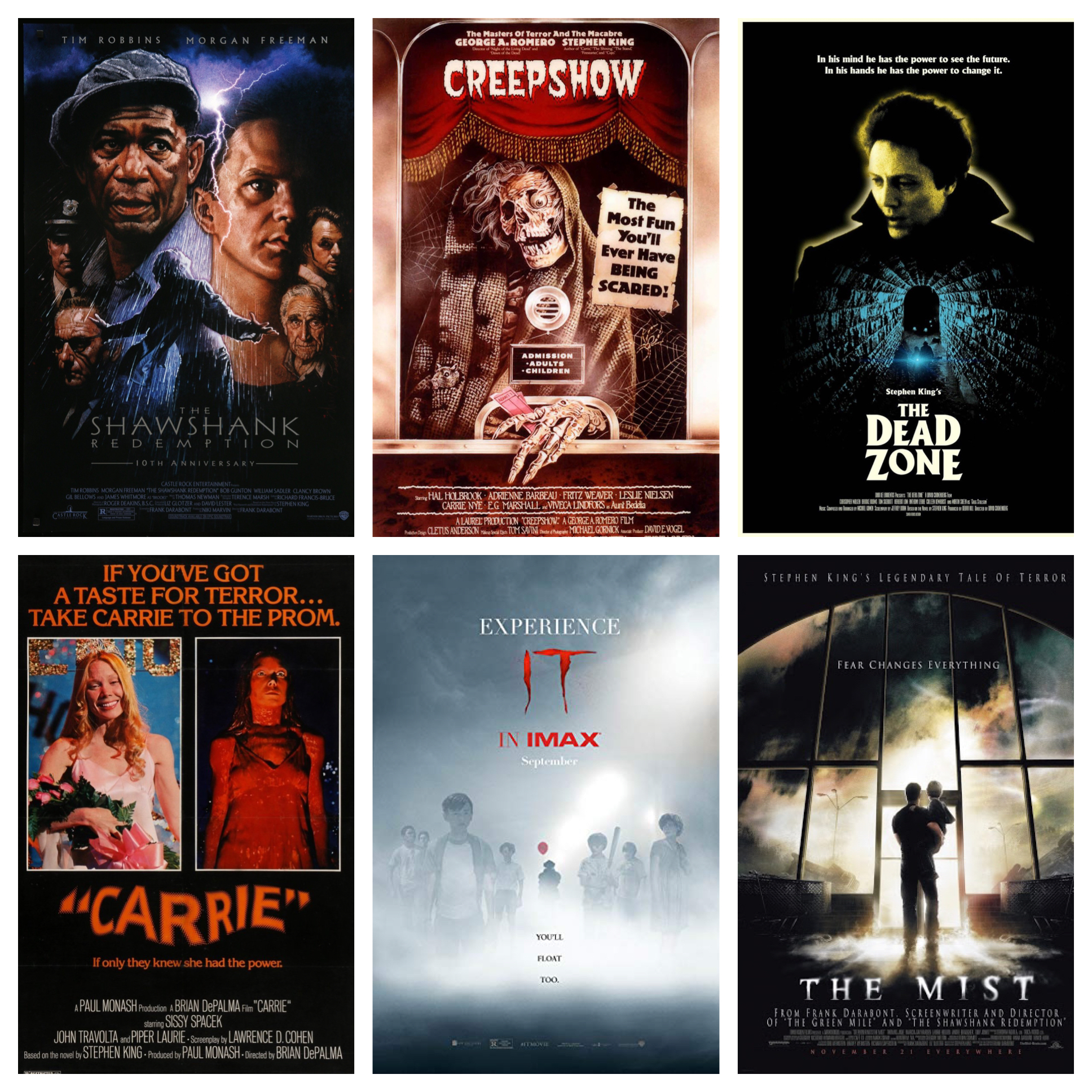 To the Polls continues with an Ode to March Madness. Our multi-bracket playoff for King of the King Movie Adaptations!!!

March Madness is upon us!  Brackets-Brackets-Brackets.  Even people that don’t have the slightest clue what Basketball or a Bracket is getting in on the “fun”.  Gambling isn’t our forte here.  It’s Movies.  What better way to celebrate March Madness and the NCAA Championship than with a Multi-Bracket To the Polls to decide what is the Best Stephen King Movie Adaptation of all time!!!!

We’ve got 48 Film Adaptations of King’s work to choose from.  Sorry, no TV Mini-Series or TV-Movies.  Yes, Netflix and VOD count.  So, you’re not getting things like The Stand, The Tommy Knockers, or Salem’s Lot.  Also, nothing like Pet Sematary II or Lawnmower Man II or all those Children of the Corn sequels.  They weren’t based on a Stephen King Story so they don’t concern us.

Note: The first series is a bracket of three that you you have to vote on each individually but you can vote as often as you’d like.

Every two days we’re going to close the polls and open a new one will open until we get to our King is crowned!!!

Vote as often as you would like, especially if you have a favorite Adaptation.  Everyone has their favorite and would like to see it win.

Editor’s Note: I’m personally rooting for a few, not going to tell which, and I’m actively rooting against other “high ranking” King Adaptations.

Our Editor’s note brings us to how we seeded everyone.  Rotten Tomatoes is not everyone’s favorite aggregator but it seemed the fairest to use in the Seeding process.  So, like the NCAA rankings, the seeding is based on the highest RT Score.  In the event of a Tie (as in the top four spots) we went by Oldest to Newest.

Who will be the Champion of Champions in this Bracket of all Bracket. Your films are:

Children of the Corn

Tales from the Darkside: The Movie

In the Tall Grass