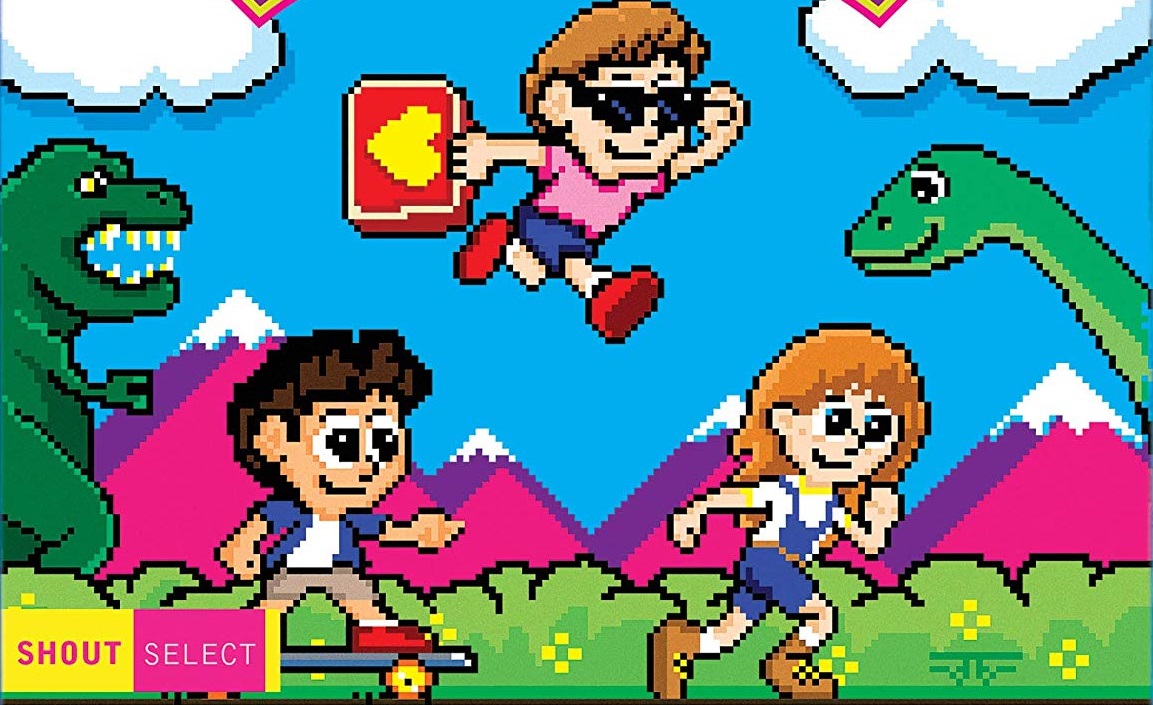 The fine folks at Shout Factory have released The Wizard on Blu-Ray with all the bells and whistles including a new 4K Transfer.

The Wizard creates this strange space where 30 years ago everyone complained that the film was either too much an ad for Nintendo or not enough gaming. Now able to stand on its own merits, this sweet adventure road/conman movie is a uniquely singular film that could have only come from the late 80s.

A lone kid mutters a single word “California” on a long stretch of Utah highway. We quickly learn Jimmy (Luke Edwards) is a product of divorce and a traumatic event so hard that he’s essentially left in a catatonic state. Through a series of events his older brother Corey (Fred Savage) breaks him out of the “home” they’ve put him in. Corey wants to get his brother to California but realizes his brother is an amazing natural gamer (back in the 80s they made anyone “on the scale” damn near superhuman…).  Corey somehow things kidnaping his traumatized brother will help him, as most 12-years would.

Dreams of California in front of them, their family (Beau Bridges and Christian Slater) and a creepy bounty hunter hot on their trail, Corey, Jimmy and Haley (Jenny Lewis) try to get to Video Armageddon (and gaming championship with a $50k purse) and maybe solve what is ailing Jimmy’s soul.

The Wizard is a film that is missing at least 15-minutes of vital emotional plot. It can be seen very easily. It makes the film ripe with contrivances that easily make it a film that could be picked apart. Though the film as it is now is an entertaining and endearing piece of childhood nostalgia. Rather than a video game adaptation, it’s a film with video games in it.  This approach, The Hustler/Color of Money meets Nintendo and Family drama works even despite its flaw.

The new 4K Transfer that Universal has provided to Shout Factory for this release is an upgrade in every aspect from the even the most recent Blu-Ray release 2-year prior (that release was terrible).  The image is clean showing no hints of DNR (which Universal loves to do on their catalog titles from this era). The transfer by that fact retains the grain structure of the original theatrical release (yes, I was one of the few that did see this in the theatres 30 years ago… god, I feel old at this point).  The black levels and contrast are rendered nicely here.  Anyone that loves this film will be impressed by this release.

The newly recorded Commentary by Todd Holland is a standard affair.  Some of the time is spent describing the scenes but also giving some sort of Production Anecdote which makes this a mixed bag of a commentary.  There is a lot of discussion of the re-edited first half of the film (more on that later with the deleted scenes) which is interesting but there are large gaps in the commentary where there is no discussion.  All in all, it’s a fairly good track filled with some great insight one just wished the dreaded “describing what’s on-screen” was not there.

The 37-minutes of deleted scenes in the goldmine here.  The first close to 20-minutes is from the opening of the film. Some of it is slightly out of continuity but no matter, watching the film, deleted scenes give you an idea of a more full-bodied first act that setups everything you possibly, or at least this review, has umbrage within the film.  Also, included is an additional scene from the ending that really should have made it into the film.  With all this material, one wishes that there was a fuller extended cut of the film (which Shout has been known to pull together for these editions) as one can imagine this footage within context makes the film that much stronger.

There is one theatrical trailer running 2-minutes.

The Road to Cali-For-ia is an all-new 40-minute making-of documentary. Beginning with what it was described “Karate Kid with Nintendo”, and an upcoming looming Actor’s strike what begins the journey of making the film. Star Fred Savage, Director Todd Holland, Co-Star Luke Edwards (Jimmy), Producer/Writer David Chisholm, Producer Ken Topolsky recount the casting, production, and release of the film. Some of the great tidbits include making the film just north of LA for Utah, Slater being given a Gameboy before Gameboys were released, how they got the video game footage (and how tedious it was), the creation of the Video Armageddon, the change to the ending, and more. One does wish that Jenny Lewis and Christian Slater were in the making-of.

How can I help you? Confessions of a Game Play Counselor is an all-new 6-minute interview with Greg Lowder. Lowder was a Nintendo Game Play counselor from 1988 – 1993. In the film, there is a version of this in the film, which was a real thing, which is in a precursor to YouTube walkthroughs. It’s a great informational interview.

A Clinical Analysis of The Wizard is an all-new 13-minute interview with Andrea Letamendi, Ph.D. who dissects the film from a psychological perspective. Comments included by Co-Star Luke Edwards (Jimmy), and Producer/Writer David Chisholm. This is a great essay on this particular film, and the darker aspects of the film (with the death of a family member) and Jimmy possibly being on the Autism Spectrum.

Let’s Play Gaming Expo 2019 Panel is taken from the 30th-anniversary panel. The 57-minute Q&A Hosted by Christian Deitering features Co-Star Luke Edwards (Jimmy), Producer Ken Topolsky, and Producer/Writer David Chisholm. They discuss the making of the film much more in detail than the Making-Of included.

Post Screening Q&A is a post-Alamo Drafthouse Screening of The Wizard hosted by Christian Deitering (who also hosted the Let’s Play Expo Q&A). The 25-minute Q&A Hosted by Christian Deitering features Co-Star Luke Edwards (Jimmy), Producer Ken Topolsky, and Producer/Writer David Chisholm. The featurette begins with an introduction and goes into the Post-Screening Q&A. Much like the Let’s Play Expo Q&A, it covers a lot of the same ground as the new Making-of expands upon certain anecdotes.

The Photo Gallery consists of well over 200 production stills, behind the scenes photos, and other pieces of advertisements.

Shout Factory has created a special edition that will not disappoint fans of this film.