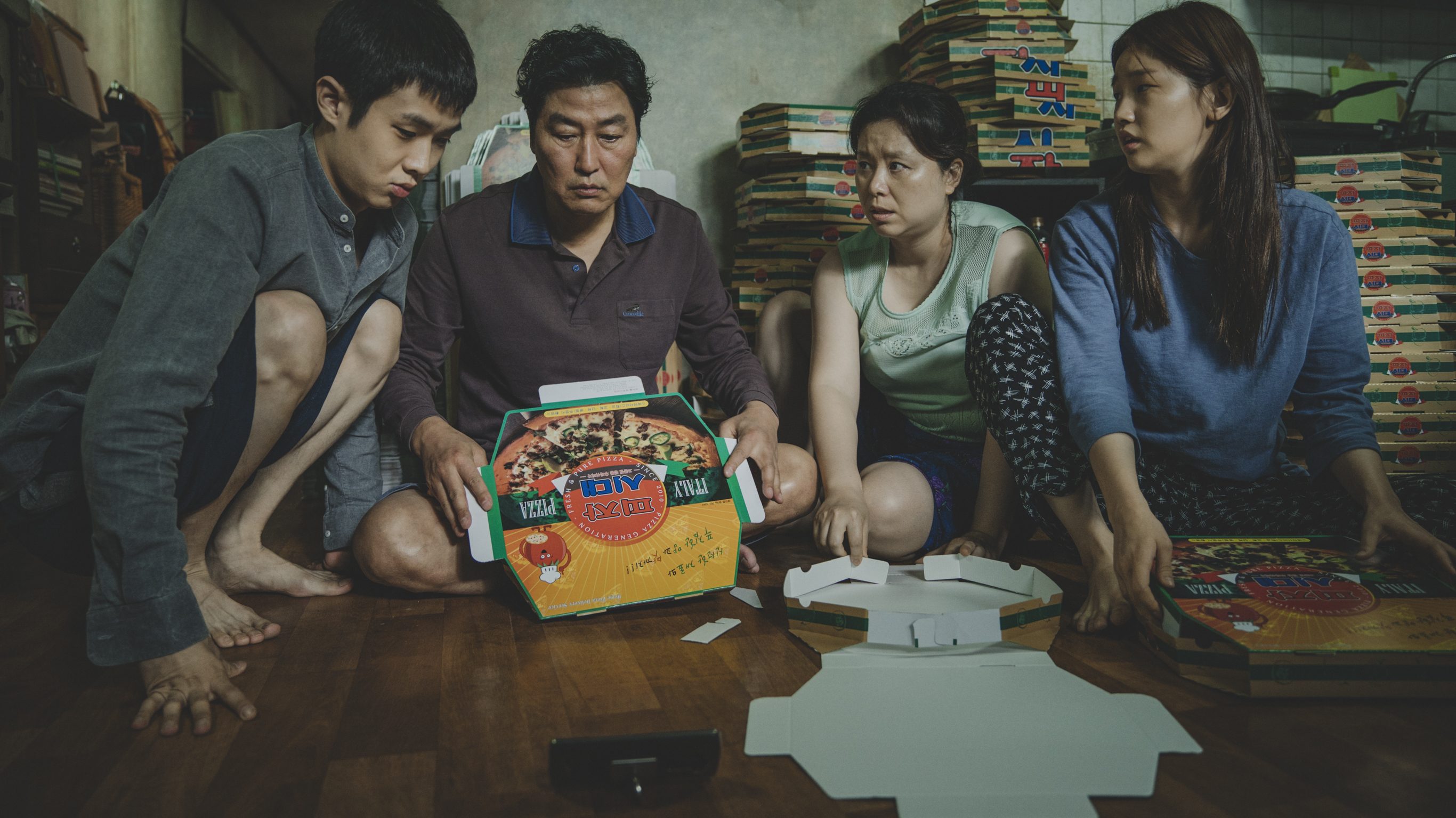 Writer-Director Bong Joon-ho’s Parasite is a Masterpiece of the highest order.

Bong Joon-ho has been working towards this type of controlled perfectly modulated piece of storytelling since Memories of Murder. Watching the director’s filmography one is often struck by the two types of filmmaking styles Bong employs. One style is the Political/Social allegories masked as genre fare. The other is emotional genre filmmaking centered around family akin to 80s-era Spielberg. Much of Bong’s work has kept these distinctly separate… until recently. Okja was his first attempt at melding these styles produced with mixed results. It seems that Netflix Film was an experiment.  A run up to what could well be his masterpiece.

Parasite takes all of Bong’s thematic interests, his kinks and fetishes as a storyteller, and his verbose style as a visualist into a singular narrative about so many basic fundamental truths; family, love, life, death, jealousy, sacrifice.  It transcends its genre conventions.  Calling Bong’s film anything as simple as say, “a thriller” is like calling David Fincher’s Zodiac “a serial killer movie”.  Bong’s Parasite is a summation of what the director has been working towards his entire career. Larger than the sum of its part it’s a director taking whole of a medium and showing just how good of a storyteller he is.

Though Parasite is not just some Frankenstein-piece-meal affair, rather the opposite. Bong has managed to create a film that is wholly original.  Not merely a genre-exercise in  twists that many Films of similar ilk become.  Parasite does delight in its narrative twists.  These are not the crass equivalent of a “jump scare” other films use them for.  Rather screenwriters Bong and Han Jin-won have created a film that relishes in telling a great story that heads into uncharted territory when you least expect it.  By design, the film is meant to throw you off balance.  It is organically created through characters and not plot mechanics.  Parasite never forces its pieces in motion but rather gracefully allows character and behavior to dictate everything in what becomes a balletic perfection.  A film that uses tension, humor, and emotion so surgically accurate, even the most jaded of cineaste will not expect where this film heads.

To discuss any more about Parasite would be doing any willing audience disservice. With that said, the only way this reviewer knows how to accurately recommend this film is to put it as bluntly as possible:

Parasite is the Best Film of the Year.