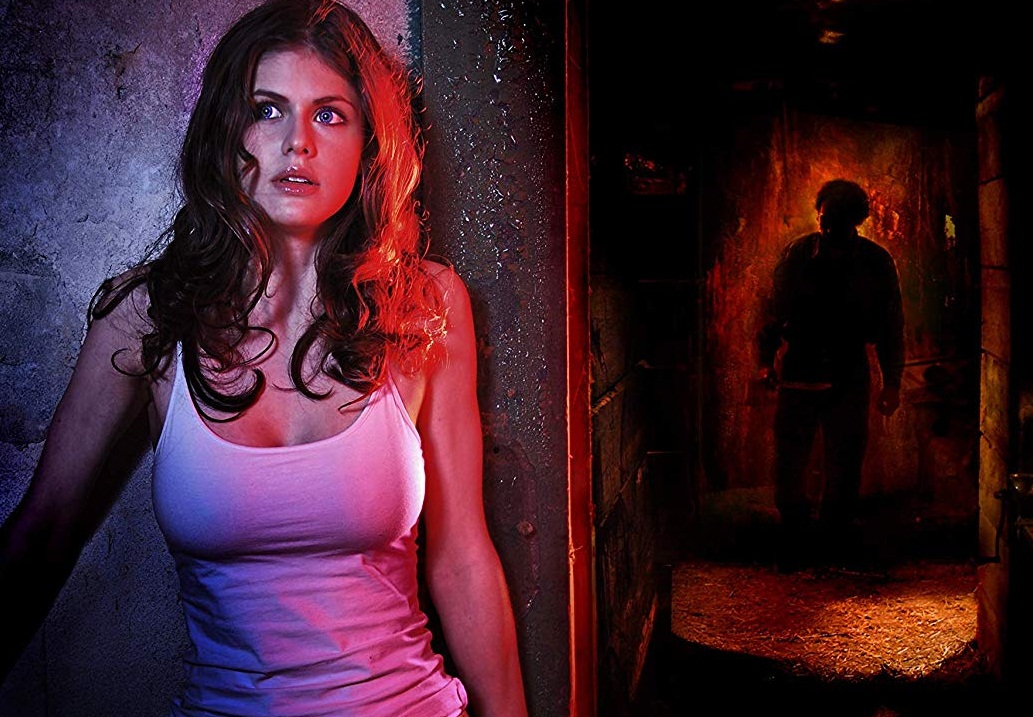 The second in the Malevolence Trilogy is the best and most polished of the film. Bereavement finds multi-hyphenate Stevan Mena at the top of his game

Armed with a bigger budget and stars like Alexandra Daddario, John Savage, and Michael Biehn giving strong performances; Malevolence 2: Bereavement is the best of the Malevolence Trilogy.

Rather than move forward with a sequel to the events of the original Mena and Co. have gone to the beginnings.  Part of the surprises of this second part is the unexpected detour into our serial killer’s origins. Again Mena has managed to combine two subgenres of film to great effect.  This is not a prequel to bide time, rather this is a measured move forward by telling us how this agent of evil was molded and eventually created.

The confidence at which Mena approaches the sequel is evident in the opening moments and the opening title sequence. The larger budget and crew suited Mena’s pensive drama hybrid. Having stars like Daddario, Biehn, and the amazing John Savage help Mena to craft a story we not only want to see the “kills” but we genuinely care about the human drama unfolding.  Much like the original Mena has created a narrative that’s built on genuine affection for the genre.  That affection and understanding the troupes and conventions allow the twists he’s created to feel organic and true to the story not some sort of gimmick.

Beyond the refined style and craft behind Malevolence 2: Bereavement is a truly wonderful and powerful drama. The film works in the genres it plays in and transcends both. So many people complain about a lack of depth in horror, look no further than here.

The shot-on-35mm Malevolence 2: Bereavement is beautifully transferred to Blu-Ray.  The film’s contrast, grain structure, and sharpness are perfectly rendered in the hi-def format.

Note: There is no option to play the theatrical/original release. The only option is for the newly created Director’s Cut.

The commentary is only Mena himself for this outting. Again, Mena gives us a great informative track that gives us a combination of production anecdotes and the development of the story. One word of note, because Mena discusses so much of the trilogy and backstories, one will not want to listen to the commentary until after you’ve watched all three.

Behind the Scenes is a 35-minute making-of Featurette. The making-of similar to the first film but is much more refined including b-roll footage that was designed to be apart of a making-of. The result is a pretty stellar and slick making of that we just don’t get anymore.

First Look On Set is a 7-minute EPK style making-of designed more to be shown at Conventions to drum up excitement than a traditional making-of. It’s great all the same as it does include some footage not included in the other making-of.

Photo gallery like the one from the first film’s disc automatically runs for 5-minutes with music from the film to accompany the photos.

Rounding out the special features is a collection of deleted scenes. It amounts to about 4-minutes that appear to be transferred off an Avid. In total about 3-scenes, one of which is no more than 30-seconds. The other two are character-building scenes that could have actually been included but appear to have been cut for time more than anything else.

Malevolence 2: Bereavement is the real deal a truly great horror drama that is equal parts horror and drama.  Again, Mena’s company has put together a beautiful package of transfer and extras.  HIGHEST POSSIBLE RECOMMENDATIONS!!!!!

Malevolence 2: Bereavement is out now on Blu-Ray