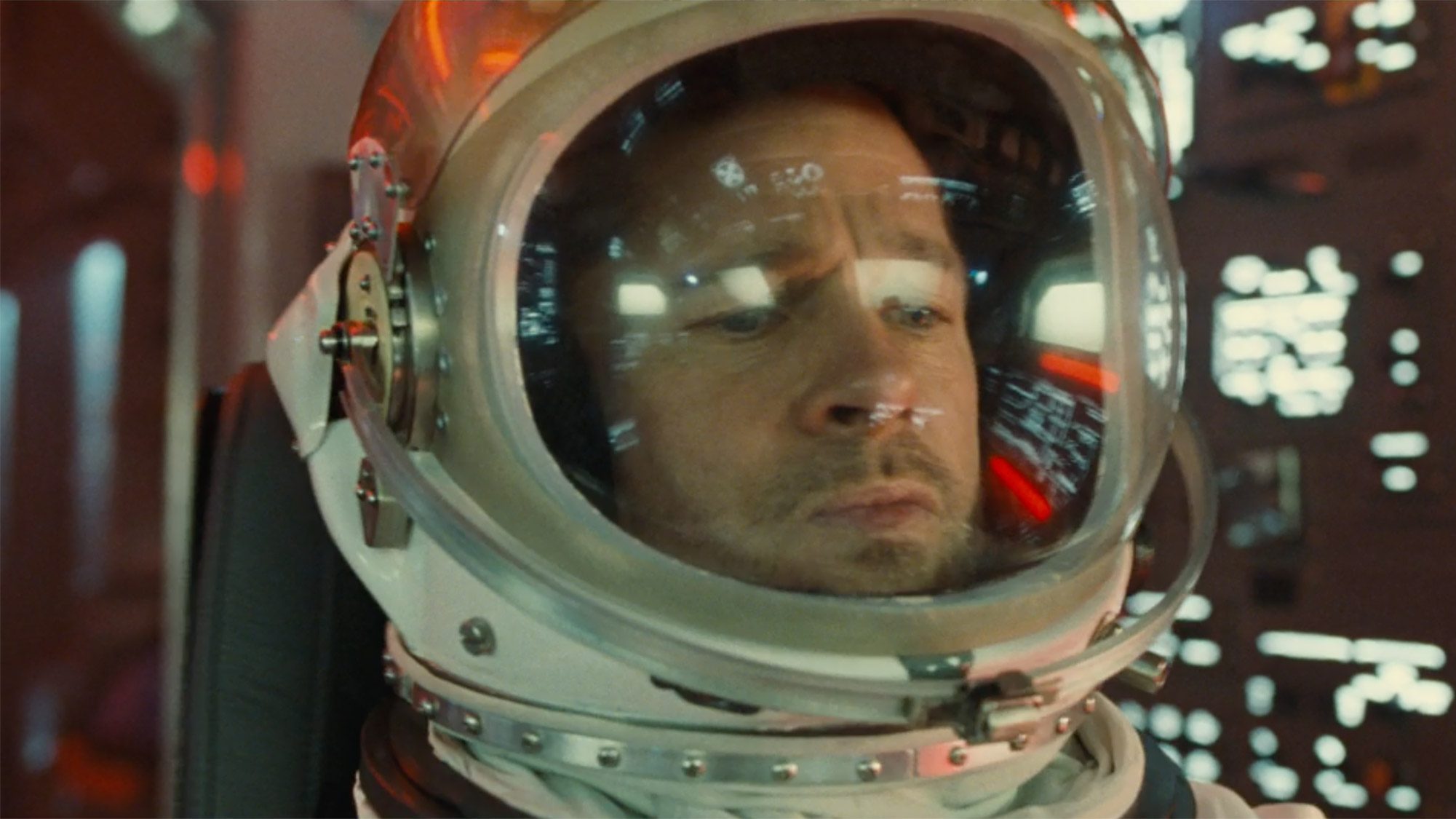 If anything can be gleaned off of Ad Astra at this very moment it is that it and films like it is a rarer and rarer breed … almost extinct.  At a certain point even Stars like Pitt will not be able to simply get a production like this greenlit.  Until that time, we have Ad Astra willing to boldly tell the story it wants and on its own terms.  Something that unfortunately many will reject outright and few will praise.

Roy McBride (Pitt) is a man of few words and even fewer heartbeats per minute.  An Astronaut by trade, McBride seems to fill his day with “roughneck” duties aboard an Earth-Bound space station.  After a terrifying incident sends McBride from the sub stratosphere into orbit and finally to earth, what appears to be a debrief on the incident turns into a mission.  McBride’s Mission is to find his Legend of a Father Clifford McBride (Tommy Lee Jones) suspected long dead and to figure out what is causing the mysterious Electro-Magnetic Pulses emanating billions of miles away.

Ad Astra finds Pitt as his most laconic and wordless.  Much like Once Upon A Time In … Hollywood, Pitt has opted for fewer words more behavior.  The star has found the perfect role in McBride to maximize the sort of next-level performance the Super Star has developed over the last decade or so.  McBride is driven, walled-off, drone of a human.  Roy not only in this mission but the small moments we see of his past is driven by the shadow of his father.

Watching Pitt’s Roy micro-emotions as people talk about his father is one of the more fascinating arcs in recent memory in film.  Those moments as small as they are, tell everything one needs to know about Roy and his life.  Pitt’s work here is as inspired physical work as anything he has done.  There is a control that the Star has found in his later career that is akin to another Super Star from the ’70s that he’s oft-compared too.

One wishes that James Gray was working three decades prior.  The writer-director continued to pursuit of the sort of art that was so prevalent in the 1970s is admirable and every entry into his filmography an event to the ardent of cineastes.  Gray with Ad Astra’s cross-galaxy travelogue narrative is playing with science fiction troupes seen from the likes of Stanley Kubrick and Ridley Scott.  Here Gray uses them to his own effect not to enlighten or to scare an audience but to emotionally provoke them.

Ad Astra’s success as a film connecting to an audience will greatly depend on one’s ability to relate to Roy McBride and his obsessive quest. Though ponderous at points Ad Astra filled with the type of expertly directed act set pieces that is sure to delight fans of the genre but they are not the primary focus here.  Center stage is always Pitt’s McBride and his quest to find the answers that haunt many children whose Fathers or Mother’s chose career over parenthood.  That simple and direct emotional through-line is Ad Astra’s strongest element along with its amazing visual effects.  Those amazing visual effects created by the visual effects team and those created by Brad Pitt.

Ad Astra is the real deal.  Big, ballsy, intelligent science fiction with an emotional core, go see it on the biggest possible screen.  Who knows how much longer we are going to see films of this ilk on 70-Foot Screens.