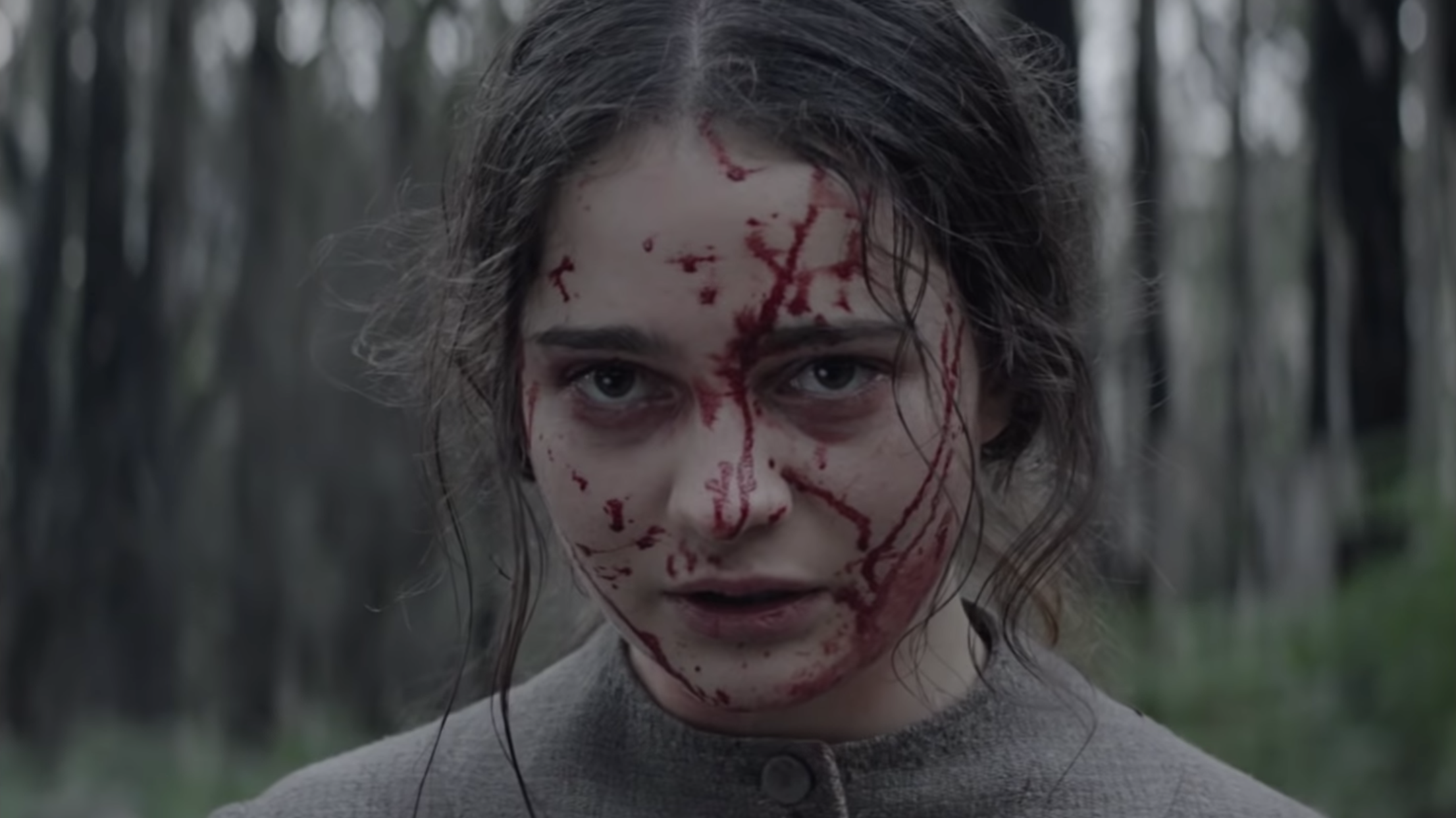 I went into my screening of The Nightingale knowing as little as possible about its plot. It’s the new film from Jennifer Kent, the writer-director behind the 2014 break-out horror hit The Babadook, and that’s all I needed to know. Some films land on my personal Must See list based solely on film-making pedigree, and this is one of them. It was one of my most eagerly anticipated releases of 2019, and I certainly wasn’t disappointed. My faith in Jennifer Kent was well placed.

I always pride myself on steering clear of spoilers in my reviews. I try to tell my readers just enough for them to get the “feel” of a film while leaving out the precise plot details to the greatest extent possible. The less you know about the details of this film the better. The Nightingale rewards viewers who are blank slates as they enter the theater. For a movie that’s 2 hours and 20 minutes, you would think I could summarize the first 15 to 20 minutes without ruining the experience. With The Nightingale I simply can’t. Is it a spoiler to reveal there are spoilers in the first 20 minutes of a film? Online cinephiles can debate that point, but I think that takes things a little too far.

So, I’ll limit my summary of The Nightingale to a description of its setting. It’s 1820’s Australia. The country is a penal colony under British imperial rule. The British have subjugated many of the local aboriginal tribes. Prisoners from England, Scotland, and Ireland serve their sentences and find themselves trapped thousands of miles away from home when they are released. Many of the ex-cons are treated as property by their British overseers. You may be “free” from confinement, but you really aren’t free upon being released.

There’s a societal pecking order: British ruling class, British civilian class, former inmates, natives. The British look down on everyone. The former inmates look down on the native tribes. The British and the ex-cons agree on one thing: they’re superior to “the blacks”. If not for the Australian accents and geography, you could mistake the setting for the American West. Substitute Native Americans for the Aborigines, and it’s a similar lawless environment. It’s a time of civil unrest when the expression “raping and pillaging” is a daily reality and not a historical description.

Aisling Franciosi (Game of Thrones) plays Clare, an Irish ex-convict with a husband and a baby. In the first act of the film, Clare finds herself in need of a native guide to travel through this dangerous landscape to a larger town that is days away from her small agrarian community. She hires Billy (Baykali Ganambarr) to serve as her “tracker” who can facilitate her safe passage through the wilderness. Renegade tribesmen and bandits abound, and the two must count on each other to survive. Billy sees only Clare’s white European face; Clare sees only Billy’s black skin. They soon test the theory that the enemy of my enemy may be my friend.

The Nightingale is not a horror film in the traditional sense. It certainly explores the evil of which men (and women) are capable, but its horrors are grounded in humanity. There are no supernatural forces at work here. The violence and depravity flow from the lawlessness of the frontier and the subjugation of a native population by an imperial force. It’s a vast departure in genre and film-making from The Babadook, but in the best possible way. Kent is a brilliant story-teller, and The Nightingale proves that she should continue to work in a writer-director mode and bring her own screenplays to life.

While all of the cast inhabit their characters convincingly, Aisling Franciosi and Baykali Ganambarr are the lifeblood of the film. Clare has served her time and feels entitled to her freedom. She swallows her anger and frustration as she serves her British masters, but we can feel the hatred burning inside of her. Billy must also remain silent around his British masters, but he seethes with the emasculation of being disenfranchised in his native country. He’s been stripped of his rights as well as his dignity. The mere presence of his British oppressors is a daily slap to his face.

Franciosi and Ganambarr bring their characters internal struggles to life through the power of their performances, and it’s a pleasure to watch them warily confide in one another as something close to friendship begins to form. It’s not cliched. It’s not Green Book in the Outback. As they share their experiences, they cease to be ignorant about the other’s world. It’s change based on education. It’s understanding built on empathy. It’s a real evolution that unfolds before our eyes thanks to the strong performances and subtleties of an excellent screenplay. It’s the kind of work that will be rewarded by critics’ groups at the end of the year, but may go largely ignored by larger, commercial awards shows.

American audiences tend to suffer from myopia when it comes to films from foreign countries. We tend to overlook films with accents and subtitles unless the accent belongs to Daniel Craig as James Bond or Idris Elba in a tent-pole film (Pacific Rim, Hobbs & Shaw). The Nightingale may take place in the Australia of the 1820’s, but we understand everything about the world we are experiencing thanks to the humanity of the story and the performers. This journey isn’t for the squeamish. The violence is raw. The cruelty of the time can leave you breathless. But if you’re a hearty movie-goer, The Nightingale will reward your efforts. It’s one of the best films of 2019.

The Nightingale is in theaters now