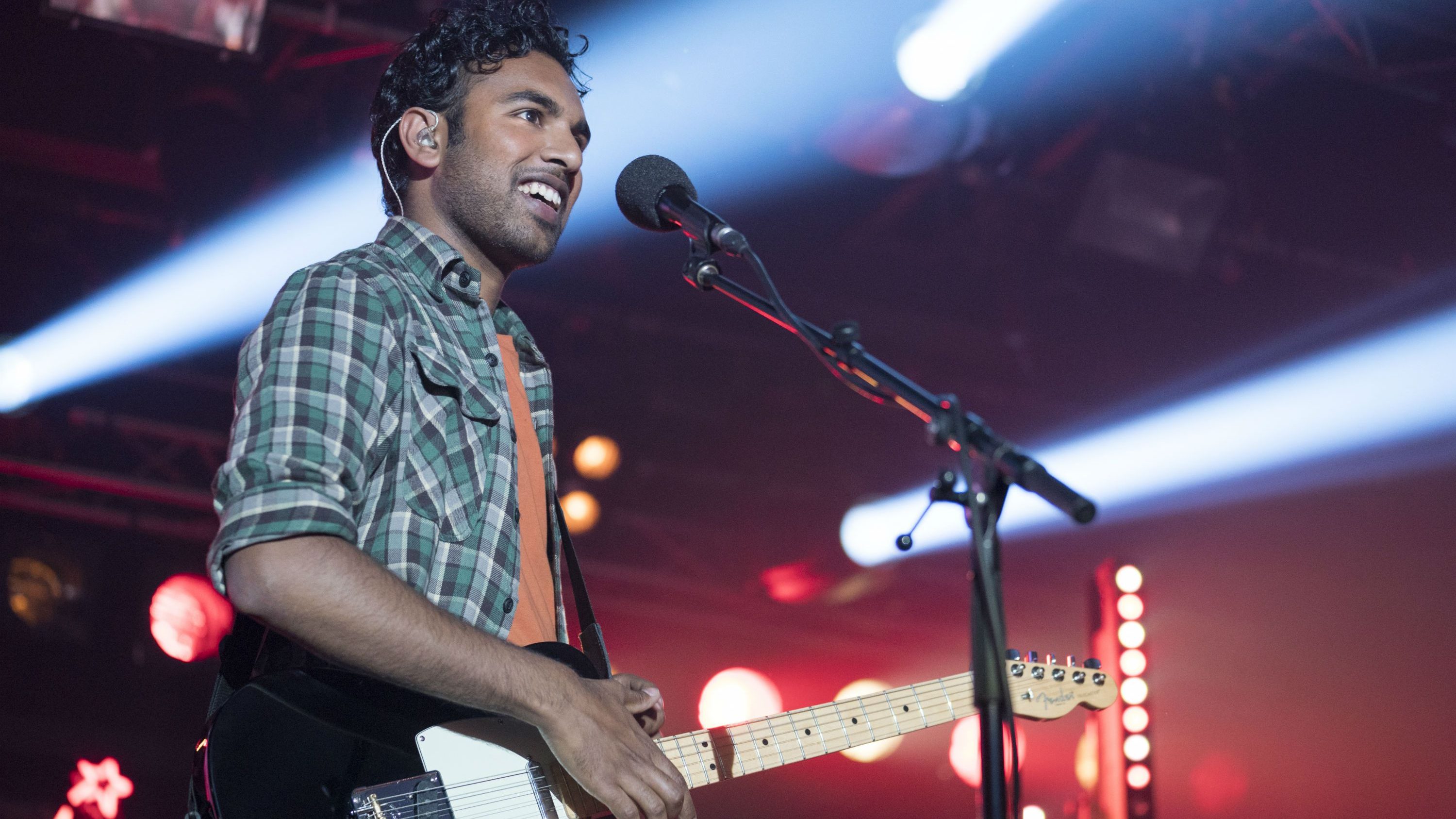 Adam is charmed by Himesh Patel, Lily James, and Ed Sheeran but it’s not enough to lift Yesterday from its heavy-handed Richard Curtis-isms of a formula-heavy high-concept script.

There is a line that can be inverted from Back to the Future that will be the most applicable statement I can give about director Danny Boyle’s newest film Yesterday.  “Your Parents are gonna LOVE IT”, is not what Marty McFly said (it was “Your kids are gonna love it”) but summarizes this Alternate-Universe-Where-The-Beatles-Don’t-Exist-But-One-Guy-Remembers-Them Rom-Com.  The well-meaning Yesterday is designed for Baby-Boomers of a certain set to enjoy.  Those same that loved the Mama Mia series will also love this Beatles-centric Juke-Box-Almost-Musical.

Jack Malik (Patel) is your average singer-songwriter just about to turn 30 and going nowhere.  His manager Ellie Appleton (James) has forever faith in him.  One night coming back from Jack’s final gig, a razzle-dazzle bit of plot-stupidity lands with Jack being hit by a bus and the entire world not remembering The Beatles.  You can guess where this is headed… Jack begins to claim the Beatles songs (he can remember) as his own.  Fame, fortune, Ed Sheeran (himself), and the Music industry instantly come to him.  It’s not enough… his tug-a-war with Ellie of “will they” or “won’t they” hang heavy on his soul.  It all climaxes at Wembley Stadium.

There is a good movie within this concept, this is just not it.  Anyone expecting something about the power of music transcending time… go someplace else.  One that wants a Richard Curtis special ala About Time where the screenwriter uses a high-concept or sci-fi troupe to spit-shine the rust off of the Rom-Com skeleton has come to the right place.  There is nothing special or new about this film.  One can predict beat-by-beat what will happen.

The only thing special about the film is the music written by Paul McCartney, John Lennon, George Harrison, and Ringo Starr performed by Hamesh Patel.  This is where the discordances in the film become abundantly apparent.  Hamesh excels at singing the songs with evoking modern touches but keeping the songs in their purest form (we hear the songs mostly acoustic).  The actor/singer when signing the film rises above its clichés.  One wishes that the story had risen to his voice and performance.

The same of James who does the best she can with a role that as the film describes is someone with “frizzy hair” something that James isn’t in any way shape or form.  This does not stop James from being better than the role written.  The surprise and delight of the film is Ed Sheeran playing himself with the sort of wink and nod that says that the performer may not be oblivious to his critics and takes a joke.

Many will delight in this very straight ahead Rom-Com with a Beatles Soundtrack.  Those that love the work of Richard Curtis will delight in this film.  Those wanting more meat because they are using Beatles songs should really look elsewhere.  Yesterday  a movie your parents are going to love it.

Yesterday is in theater on June 28th