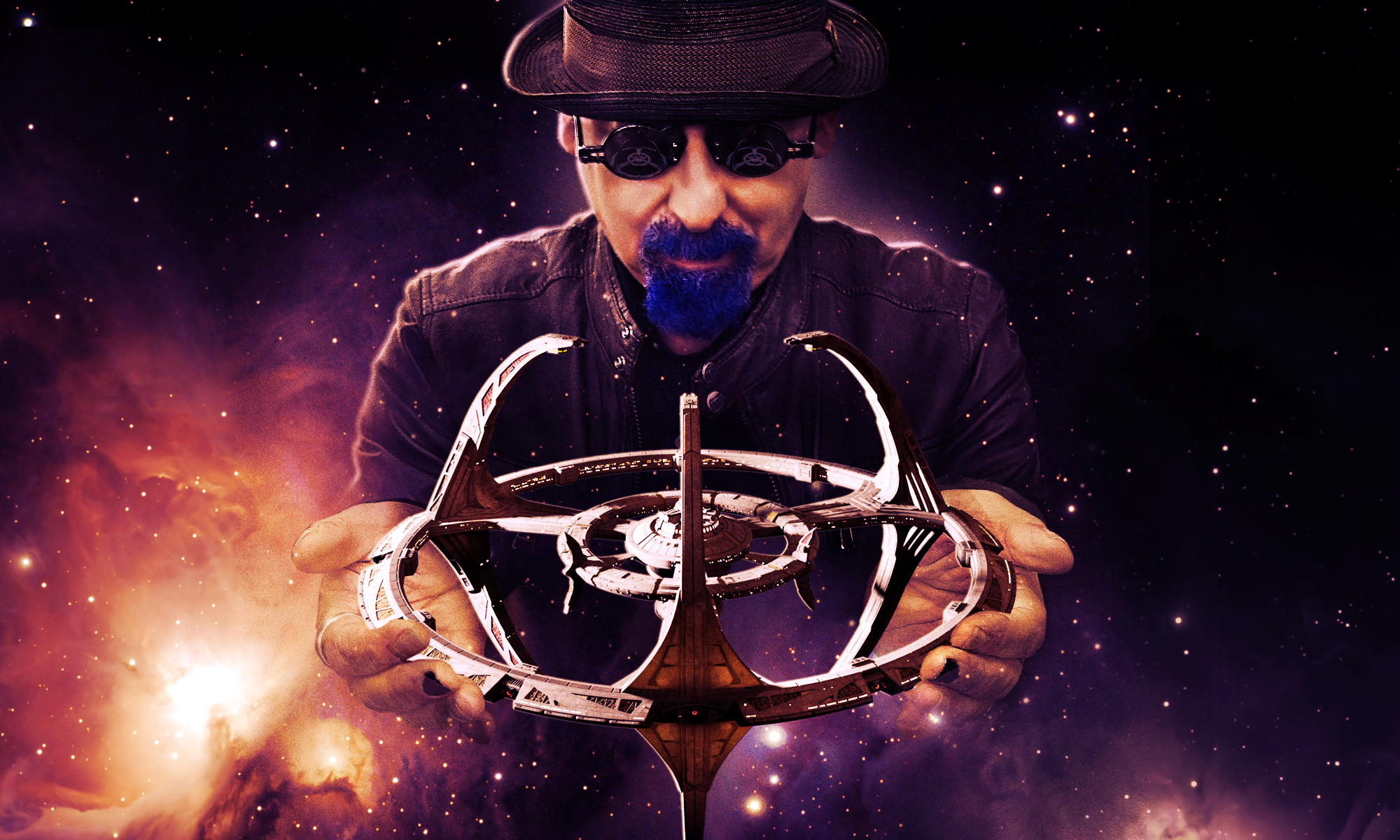 New movies about old Star Trek series are a welcome gift for Marie, who spent time reminiscing with the cast and crew of Deep Space 9 in this new documentary feature.

Ah yes, Deep Space Nine. The Star Trek series that notoriously didn’t boldly go anywhere, rather it sat in space and waited for the bold to come to it.

Since its first broadcast in 1993, I’ve personally had conflicting views on Star Trek: Deep Space Nine. On the one hand, its space station setting makes for a very different Star Trek, one which doesn’t feel immediately as adventurous as the previous series. On the other hand, the regular cast and characters, and several of the recurring ones too are among the most interesting we’d seen up to that point. Although to be fair, I haven’t rewatched that many episodes recently.

What We Left Behind: Looking Back at Star Trek: Deep Space Nine is a crowd-funded documentary from the team behind William Shatner’s The Captains and Adam Nimoy’s For The Love of Spock. That team includes DS9 Executive Producer Ira Steven Behr, who takes the lead in steering the audience through a range of discussions, workshops and interviews all focussing on the ‘middle child’ of the Star Trek franchise.

Although it’s definitely a documentary for fans (I can’t imagine anyone who doesn’t love Trek finding the time or having the inclination to watch this) it’s commendable that Behr doesn’t shy away from some of the negative opinions which accompanied the seven seasons. Criticisms such as the static nature of the series, decisions made about certain of the characters – these are acknowledged and addressed during the course of the film. Perhaps not answered, but acknowledged.

Sections of the documentary feature large groups of the cast sitting in a room together, reminiscing and often disagreeing over their memories of being part of the show. Sometimes the views are sufficiently opposite to invoke a Rashomon-type conversation or debate, particularly between Behr and cast members. Other sections are clips from interviews – or more likely recorded conversations – which Behr conducted with individuals, which are also quite revealing.

One of the good things about What We Left Behind is that I was reminded of so many great recurring characters – my own particular favourite being Gul Dukat (Marc Alaimo) – and also the complexities of some of the regular characters. Nana Visitor’s Major Kira Nerys was a constant conundrum and the facets of her character are raised here. As is the impact of Benjamin Sisko (Avery Brooks), a black man heading up a science fiction show, and embodying a positive role model of leadership and single fatherhood.

Touched on only loosely (and occasionally in a blink-and-you’ll-miss-it way) are questions about feminism and equality which could have borne further self-analysis. We see an emotional Terry Farrell talking about how she left the series, and good for her for expressing how it felt from her point of view. And there’s also a very uncomfortable hint at sexual harassment or predatory behaviour which emerges in a conversation with Nana Visitor, which is both swept aside and yet left in the edit, from which I took that the filmmaker wanted the comment to remain but that it would be too inflammatory to explore further within the confines of the documentary.

Aside from the traditional interviews and fan vox pops, the documentary contains two curiosities; one which works and one which definitely didn’t for me. For some reason, the film opens and closes with songs, which I will be kind and call cheesy. They didn’t belong and lent an unnecessarily quirkiness to proceedings.

However, being in the writers’ room as the old team gets back together to work out Episode 1 of a mythical Season 8 of Star Trek: Deep Space Nine was outrageously entertaining! I’m really glad it was all for effect and that it’s not actually going to happen, but the process and the ideas coming together was great fun to watch.

What We Left Behind: Looking Back at Star Trek: Deep Space Nine is definitely one for Trek fans alone – most of it will mean nothing if the viewer is not knowledgeable about the series and there is no incentive to watch it otherwise. But for the fan, it’s insightful, emotional, and reasonably self-aware.

It has me thinking that, as someone who liked but didn’t love DS9 first time around, I probably owe the series a revisit at some point.

What We Left Behind: Looking Back at Star Trek: Deep Space Nine is being broadcast in more than 800 movie theatres across the US for one night only on Monday 13th May at Captains and local time. Click here for details!!!

You can catch up on the prior Kobayashi Marie columns here!