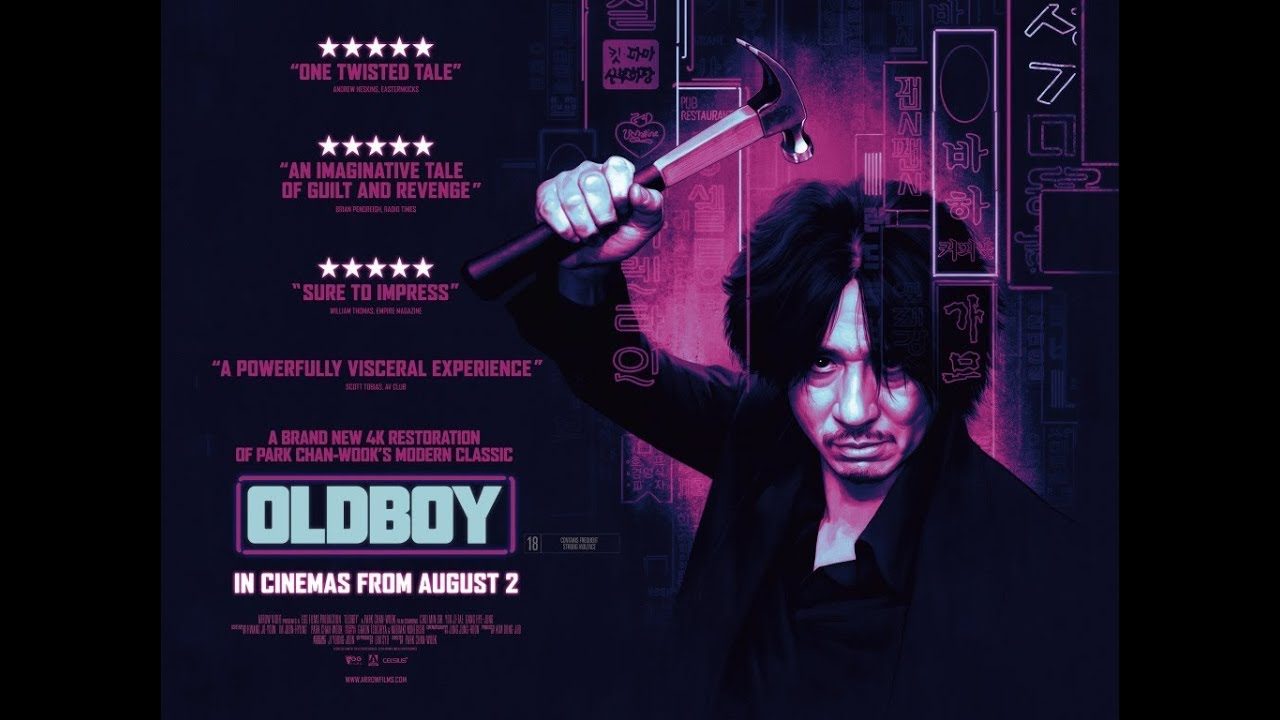 Park Chan-Wook’s iconic tale of revenge is given the 4K treatment and even if you’re already familiar with the story, it’s still unmissable. If you’ve never encountered it before, now’s the time.

Even knowing how the narrative plays out, Oldboy still stands up to a rewatch. Without giving away any spoilers, we follow Oh Dae-sun (Choi Min-sik) as he tries to find out, and then take revenge upon, the person who mysteriously imprisoned him for 15 years. Part mystery, part action film, part self-reflection, Choi Min-sik gives a truly top-notch performance as he moves through the various scenarios. From vengeance to anguish to looking incredibly cool fighting a street gang alone while not losing the cigarette in his mouth, Choi is simply note-perfect.

It’s a complicated story that seems to have reached a conclusion more than once in its 2 hour run-time, but never feels like it’s stringing the audience along. And while I’d remembered that there are several twists and turns, what I’d forgotten is just how quickly and cleverly it sets everything up. It takes just 20 minutes to cover 15 years, but doesn’t for one moment feel forced or rushed – and the time-passing montage is one of the best you’ll see.

Director Park makes sure that it’s not all about the violence, and that the thriller/noir feeling is high priority, keeping everything moving and providing really stylish visuals throughout. It’s also great to revisit the magnificent and legendary corridor fight scene which has inspired so many homages in the past 15 years. There are a couple of scenes that are not for the faint-of-heart where I’ll admit I had to look away (I’m not a big fan of the dentist to be honest) but nevertheless, it’s gripping stuff and a definite must-see.

A special mention too for an amazing soundtrack, which will be worth listening to on a decent system when the film is back in cinemas in August.
Cards on the table – the version of Oldboy that I was given to view was not the 4K version which is about to be released. It’s a shame because I can only guess that the vivid greens and reds corresponding to Oh Dae-sun and Mido (Kang Hye-jung) would be even more impactful in UHD; but I will just have to imagine. Let me know when you see it.

Oldboy is released in selected cinemas on 2nd August prior to the 4K digital download release on 26th August.