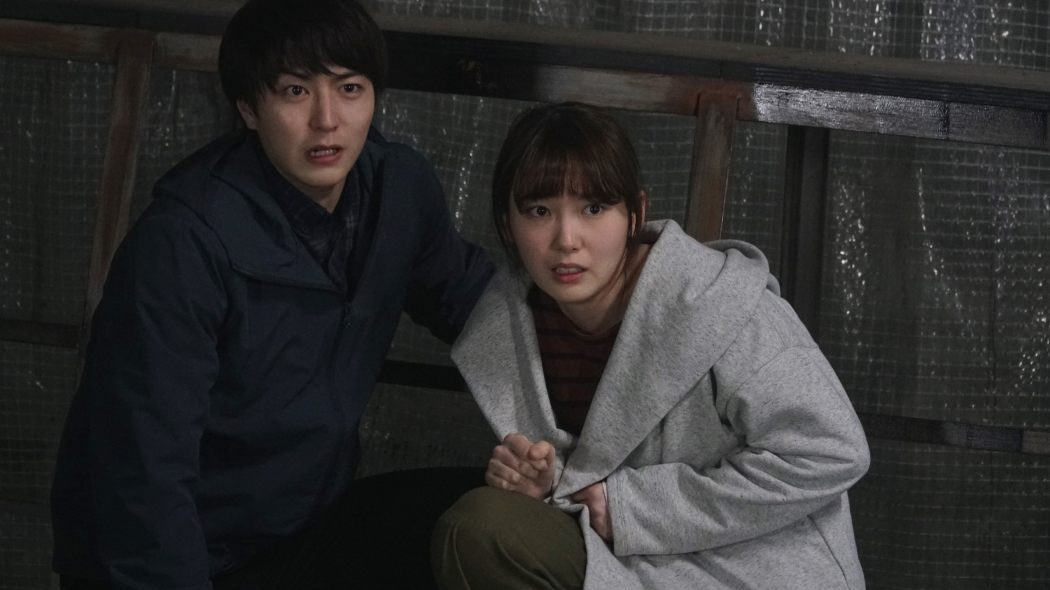 All horror movies are derivative. Every new film owes a debt of inspiration to a previous entry in the genre. Vampires, zombies, werewolves, demonic possession, haunted houses, cursed objects. It’s all been done before. Look no further than the summer of 2019. Crawl is a creature feature, a monster movie. It’s a sub-genre of horror as old as film itself. Midsommar is a variation on The Wicker Man and the folk horror of the 1970’s. Annabelle Comes Home is about a cursed object that’s stored in a possible haunted house. The key is giving these well-worn tropes a fresh spin or bringing a unique perspective to the material like Alexandre Aja, Ari Aster and James Wan did with those films.

Unfortunately Stare, the new film from writer-director Otsuichi, fails to find any originality in its premise or its execution. It’s The Ring meets It Follows, nothing more and nothing less. Instead of watching a videotape that will “kill” you after you’re exposed to it, the victims (er, characters) in Stare hear an old folk tale. When you learn the name of the woman in the story, she will pay you a (likely) fatal visit. However, if you spread the myth by telling the story to an unsuspecting group of listeners, then the woman will focus on the new victims that you’ve supplied to her, leaving the teller of the tale alone (for the time being), making the curse a communicable disease of sorts.

I spent the majority of the film expecting Stare to build a mythology behind the fatal folk tale. Films like Insidious and Sinister succeed not solely because of their technical merits. They have a long backstory that unfolds in bits and pieces throughout the film(s). In Stare we simply learn that the curse has been around a long time and killed a lot of people. There’s a discussion of a scholar who lived in the area, but that sub-plot is never pursued. It’s a big missed opportunity to expand the film beyond its simple premise.

When the film manages to develop some momentum, bad editing choices bring it back to earth with a thud. Stare has many moments filled with dread or creepy atmosphere, but the film intercuts them with the mundane actions of other characters. Or worse yet, the film brings the moments to an abrupt halt, never giving the fear a chance to grow. The film never resorts to cheap jump scares, but it never expands a frightening set-up into a set piece of any length. Scenes in an empty library, a steamy kitchen and a hospital corridor begin with great promise and end before they have a chance to realize their full potential.

If you’re a fan of Japanese horror, and Japanese ghost stories in particular, then you’ll want to give Stare a look (oops). Diehard J-horror fans will find enough in this “snack” to keep them going until their next full meal comes along. The rest of you (which includes me) will find yourself more frustrated than entertained. The movie I was constructing in my head was far better than the one I was watching on the screen.