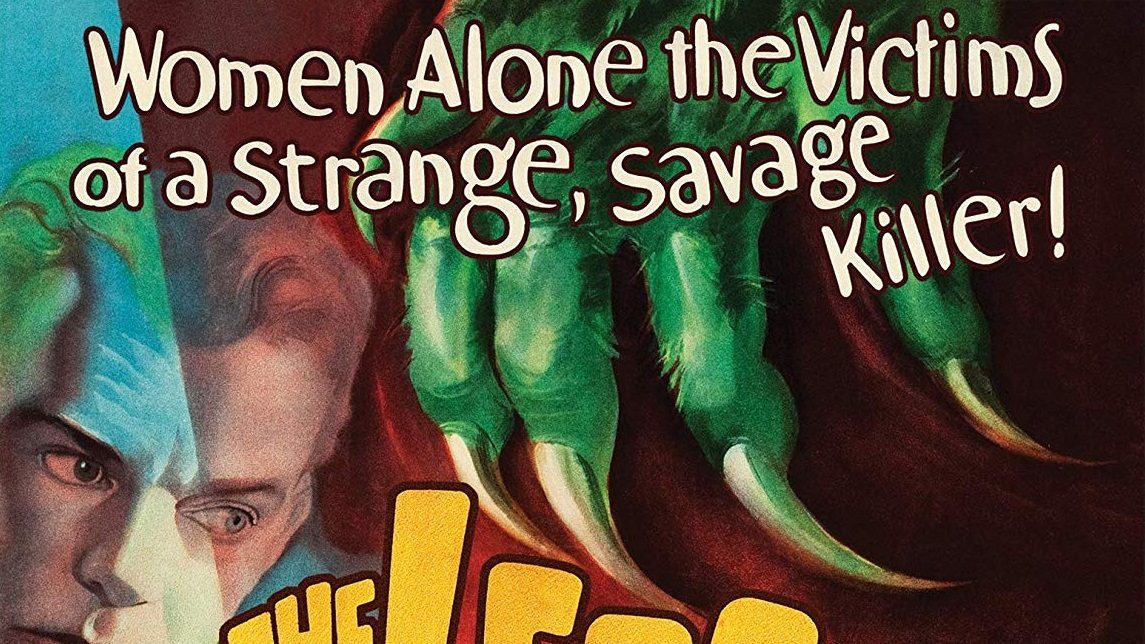 Adam continues his love affair with Val Lewton’s filmography.  The Leopard Man is the latest to be released by Scream Factory on Blu-Ray with a beautiful transfer and thoughtful extras.

The mixture of Noir and Horror is like Peanut Butter and Chocolate in The Leopard Man.  Val Lewton’s murder mystery is all style and effective horror set-pieces thanks in larger part to director Jacques Tourneur’s atmospheric direction.  The cherry atop this Sundae is that Lewton and Screenwriters Ardel Wray and Edward Dein have added a layer of social commentary to the proceedings.

Set in a dusty New Mexico town Nightclub “Entertainer” Kiki (Jean Brooks) and her “Manager” Jerry (Dennis O’Keefe) hire a Leopard for the night as a sort of publicity stunt.  The stunt goes terribly wrong, as these stunts often do in cinema, and the Leopard is released into the night.  Shortly thereafter a young girl is found dead, mutilated by what seems to be the Leopard.  Moved by guilt, Kiki and Jerry soon begin to get involved with the investigation.   There is not one girl dead but many in this sleep New Mexico town.  Could it be the Leopard or something more… sinister at play.

At a little over an hour, 66-minutes to be exact, director Jacques Tourneur is as efficient a visual storyteller there has ever been.  One never feels the slight running time as Tourneur’s atmospheric set-pieces is beautifully modulated.  The entire film feels designed perfectly with how to play with an audience.  The film moves through is plot and story in a way that never makes you feel slighted by the speed and force at which its told.

The mystery may not feel inventive or smart as one can figure out what or who is doing this.  The mystery is never why one watches a Lewton film.  The staging and set pieces are what one watches the Master of Atmosphere’s films for.  This is where The Leopard Man excels.  The way in which the film’s set-pieces invoke the dread and fear of the dark is amazing.  Tourneur and Lewton construct setups and payoffs so elegantly you never see them as those things.  The most frightening moment, one that has been aped countless times by the likes of Spielberg, DePalma, and even Carpenter, is still effective as everything is set up through a character beat so innocuous you won’t see it coming.

The Leopard Man is a beautifully photographed and constructed horror film that is truly haunting in the way that only Val Lewton films are haunting.

The new 4K Scan of The Original Nitrate Camera Negative is nothing sort of revelatory.  Having compared it to the early WB DVD Transfers this Blu-Ray is the clear winner.  The black and white photography simply radiates on Blu-Ray.  The grain structure and contrast are nearly perfect giving the image the film of an archival film print.   There is nary a blemish, spot or defect present.  Scream Factory/Shout Factory as a double-headed hydra of Home Video boutique labels continues to do exemplary work on the Classic Titles they acquire, which ultimately is the most important work they do; preserving the past for the future.

The two commentaries here are knock out home runs.

The first by Filmmaker/Historian Constantine Nasr is a wonderful detailed account of the history, the actors, the production of The Leopard Man.  Nasr covers everything from the most minute detail like final budget, box office grosses, casting what-ifs (there’s a HUGE one that you’ll have to hear on the commentary), and of course Val Lewton.  Nasr directed the beautiful documentary; Shadows In The Dark: The Val Lewton Legacy that is included on The Body Snatcher Blu-Ray.

The second is by director William Friedkin.  Anyone that has heard a Friedkin commentary will know that he suffers no fools and is delightfully unfiltered during them.  Here is no different but his praise of Lewton and Turner’s work here makes one all the more delighted as Friedkin’s praise is often hard-won (as it should be from a director who directed arguably three of the greatest films of all time, yes the third is Sorcerer).  Friedkin as a historian and a director gives a detailed commentary that many a fan of Lewton and Friedkin will love.

Rounding out the special features are a Theatrical trailer and Still Gallery.

The Leopard Man is a must-have for all Cineastes.  Scream Factory has given the film a gorgeous transfer and two amazing commentary tracks.  HIGHEST POSSIBLE RECOMMENDATIONS!!!