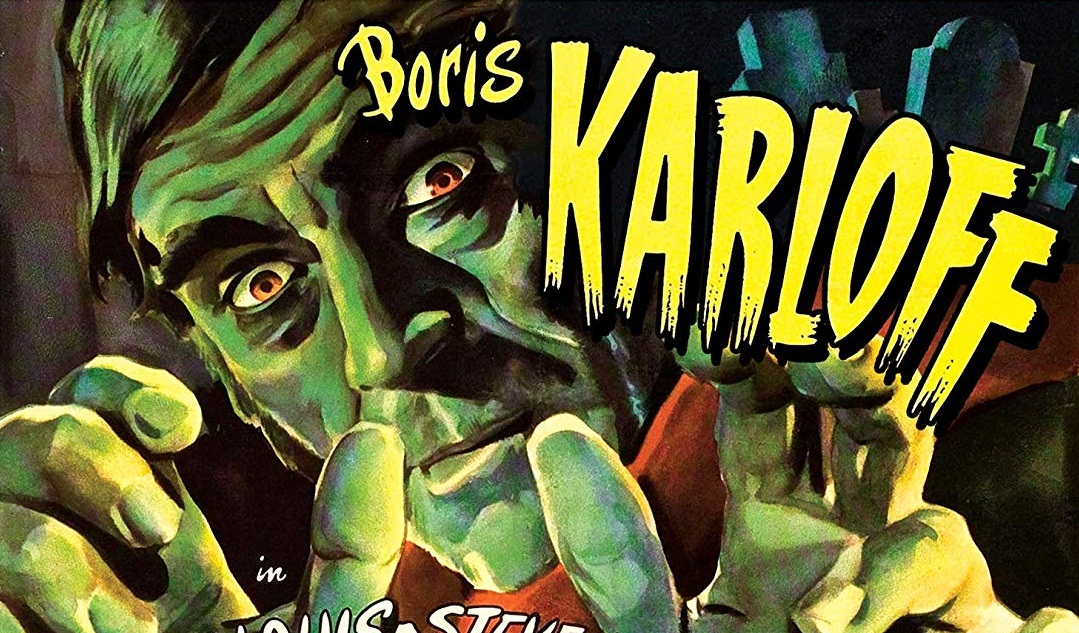 Adam is again haunted by the beauty of Val Lewton’s filmography with The Body Snatcher.  The film is being released on Blu-Ray with a gorgeous new 4K restoration and extras from Scream Factory

If one thinks this is another Boris Karloff vs. Bella Lugosi ala Black Cat please adjust your expectations.  One will be sadly disappointed as there is only one scene the two share.  That being said that is the only disappointment in The Body Snatcher an excellently crafted tale of grave robbery, blackmail, jealousy, and murder.

The film concerns the battle of wits between Dr. Toddy MacFarlane (Henry Daniell) and John Grave (Karloff) a cabbie by day and grave robber by night.  Grave and MacFarlane’s pasts intertwine in the most adversarial of ways prompting Grave to find his revenge against the more affluent man.  A battle of psychological torments and mind games begins between the two as they use the townsfolks around them as pawns for their battle of wills.

Having only co-directed one film Robert Wise debuts as an astute filmmaker that under Val Lewton’s guidance takes the lowest of budgets and turns them to their advantage. The film is beautifully shot and stately composed out of the necessity of the ramshackle production design (they had to use sets from Magnificent Ambersons amongst other RKO productions).  The results are freshly modern in a way that many films of the era could never be.  The Body Snatcher packs more punch and nervy set pieces in 78-minutes than films half its age and double its length.

The new 4K Scan of the Original Camera Negative is nothing short of a minor miracle.  The image is perfect in every way shape and form. One would think this film was shot a few weeks ago.  Grain structure, Contrast Levels, Sharpness are perfectly rendered.  Thank god for RKO’s Vaults and how well preserved these films are.  This disc is nothing short of reference quality when it comes to a catalog title.  One wishes that all pre-1980 films were as well preserved as this one.

The commentary by Robert Wise and Steven Haberman is a great one.  Wise talks non-specific (occasionally he’ll go scene specific) on the track for about 43-minutes until at which point Haberman takes over the track. Both men are loquacious and chock-full of information.  Those that have heard Wise speak on other commentary tracks know he is not just a masterful director but an amazing commentarist (I think that’s what you’d call it).  Wise speaks on every aspect of the film and his career before and during the production.  Haberman gives us historical context along with some great anecdotes about Lewton, Karloff, Lugosi, and the entire production.

Shadows in the Dark: The Val Lewton Legacy is a 53-minute documentary on the life and career of Val Lewton. Narrated by James Cromwell the documentary delves into the life and times of the Producer. People like Kim Newman, Neil Gaiman, Mick Garris, William Friedkin, Harlan Ellison, George Romero, Jon Landis, Joe Dante, Robert Wise, Guillermo Del Toro show up and comment on the films and their effect on themselves and cinema as a hold. This documentary was ported over from the DVD box set release years ago and now out of print. From Journalist to Pulp Fiction Novelist to working in PR to finally becoming David O. Selznick’s assistant during the legendary Producers biggest years (and was miserable) to leaving his job to become his own Producer the documentary covers everything. The doc covers each of the 9 iconic films he produced for RKO. Of course, a lot of time is covered on Cat People. But I Walked With A Zombie, The Seventh Victim, The Leopard Man, The Ghost Ship, Bedlam, Isle of the Dead, The Body Snatcher, Youth Runs Wild, Mademoiselle Fifi and The Curse of the Cat People are all covered in detail also with some great anecdotes and critical analysis for each. It’s one of the best documentaries about a filmmaker that’s been produced in the last fifteen years (it was released as a part of the Val Lewton Box Set Warner Bros. released in 2005).

You’ll Never Get Rid of Me: Resurrecting The Body Snatcher is a 12-minute featurette specifically discussing Boris Karloff as it relates to his career with RKO and Val Lewton.  As much of a love letter as it is a visual essay to the legendary actor by interviewee Gregory William Mank.

The Body Snatcher has finally gotten the lush treatment it deserves.  Scream Factory continues to bring Val Lewton’s films to life with beautiful transfers and a wealth of extras.  HIGHEST POSSIBLE RECOMMENDATIONS!!!!!