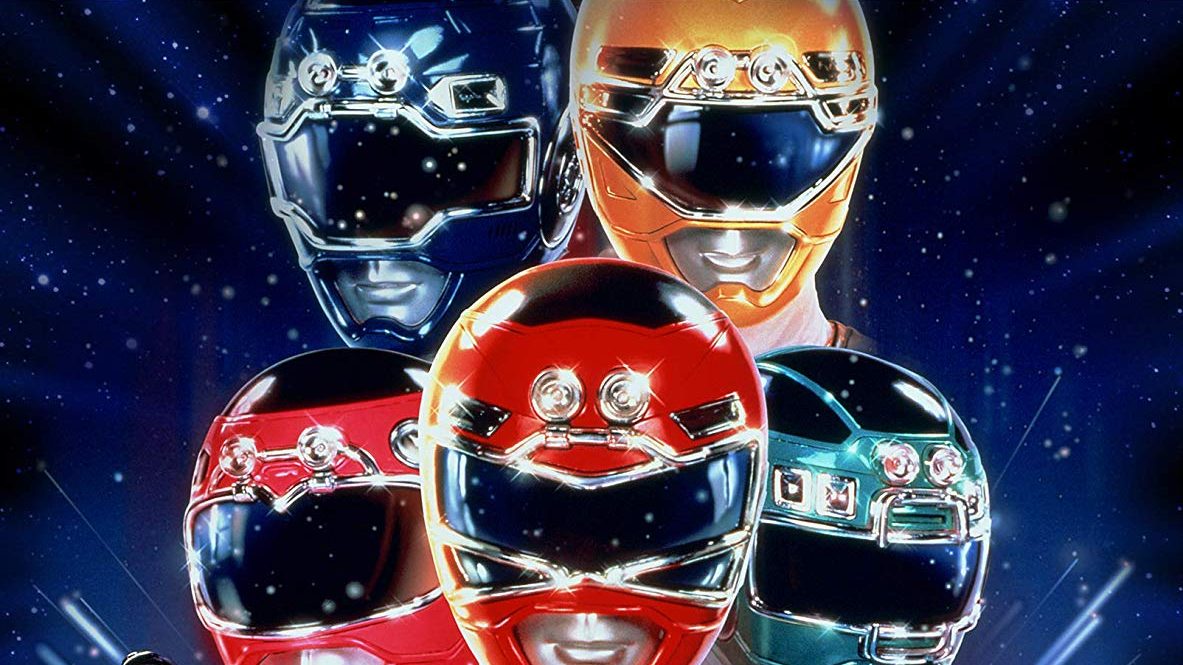 Go-Go-Power Rangers! Adam reviews the sequel to the first Power Rangers Movie.  The sequel is new to Blu-Ray from Shout Factory.

Films that work as Bridge-Gaps for on-going TV Series are almost doomed to fail.  X-Files: Fight the Future seems to be one of the few that works and even that it’s on wobbly ground.  Turbo: A Power Rangers Movie isn’t so much a sequel to the Film.  Its purpose is actually to bridge two series Power Rangers Zero and Power Rangers Turbo.  In that regard, it works as a serviceable introduction to new characters.  As a standalone movie… that is another story.

The film opens with a Star Wars-like plot crawl of nonsense.  We are thrown onto another world where a “Wizard” by the name of Lerigot is being hunted by Divatox (a younger Evil Rita clone).  To what purpose you may ask that she’s hunting for this Wizard?  He’ll unlock the evil monster Maligore and allow her to marry him. Yeah, that’s right Divatox is just looking for someone to spend the rest of her forever with.  Lerigot, who’s half ewok half yoda and all terrible design, flees but Divatox has his kids and wife.  Who is to help a simpleton like Lerigot?  You guessed it… THE POWER RANGERS!  Zordon (not Bryan Cranston, wrong movie folks!) orders the Rangers to find Lerigot and save him.  Will they be able to save Lerigot?  Will the new Blue Ranger past the muster?  Will Tommy ever cut his hair?  The answers to all but one of these are YES!

It’s almost not fair to critique a film that’s a haphazardly scripted, directed cash-grab.  That is the biggest issue with this film.  The plot even as compared to the original film is wafer thin and cliched.  Part of the issue is that nothing happens in the film. There are set ups; Kim (Amy Jo Johnson) and Jason (Austin St. John) and their plot and eventual turn, the new Turbo rangers, Justin (Blake Foster) as the new Blue Ranger, Skull (Jason Nary) and Bulk (Schrier) being abducted by Divatox.  Nothing of it adds up to very much when it could have been a fun sequel follow up to the original.

Turbo – A Power Rangers Movie barely qualifies as what it’s advertised as.  What it does qualify as, a piece to the ever-growing Power Rangers Mythos, it succeeds at but barely.

Where the film may be lackluster, the transfer is anything but.  The Materials provided by Fox for this release is beautiful.  Though the film may have been cheaply produced the shot-on-35mm big-screen images transfer nicely to Blu-Ray.  The model work in particular shines.

Ranger Tales is a 23-minute making-of featurette with actors Catherine Sutherland (the Pink Ranger), Nakia Burrise (the Yellow Ranger), Blake Foster (the Blue Ranger). The featurette is well-meaning fluffy making of. Fans of the Power Rangers will eat up every second of it as they do discuss the production and release of the film. They even go into the series Power Rangers Turbo and their roles within the show.

Turbo: A Power Rangers Movie Original Featurette is a vintage 4-minute making-of. This is more of an EPK than anything else. It’s a fun nostalgia bomb. It does feature Amy Jo Johnston, Jason David Frank, and Austin St. John along with the other cast.

Rounding out the special features is a Theatrical Trailer and TV spot. The minute-long trailer is hilariously fun and a complete with the Trailer Guy voice. The same with the 30-second TV Spot.

Turbo: A Power Rangers Movie is for the fans.  They’ve managed to put together a nice little package for a film that would have otherwise have been an afterthought in a box set.

Shout Factory’s Blu-Ray of Turbo: A Power Rangers Movie is out July 30th