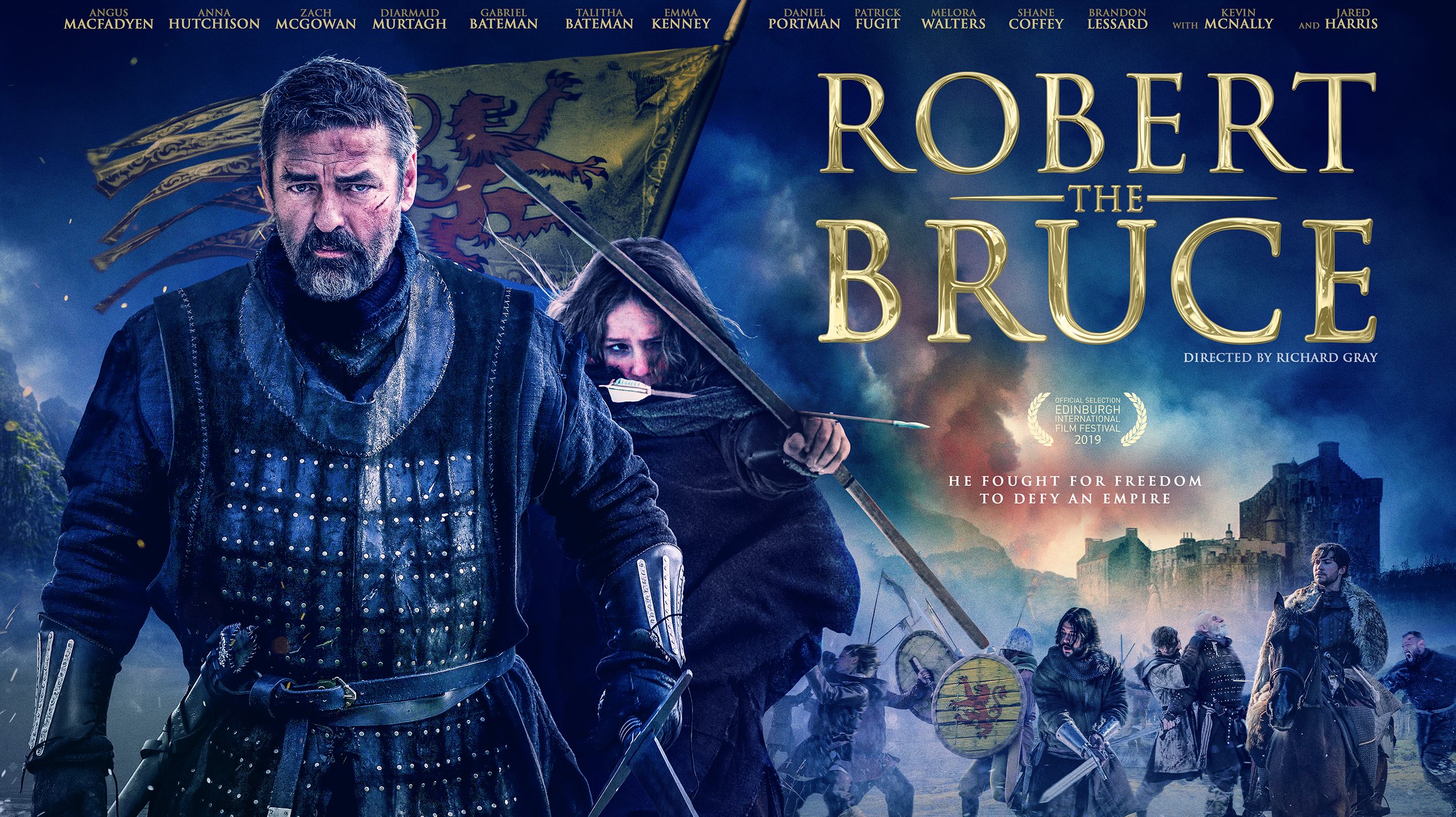 Not the film with Chris Pine, but with the same central character, Robert The Bruce is a quieter, more thoughtful look at the missing year of the man who became King of Scotland.

In 1995, Angus Macfadyen appeared in Mel Gibson’s sprawling action film Braveheart as the yet-to-be-crowned King of Scotland Robert the Bruce. Almost 25 years later, the actor (and writer) picks up the sword yet again, taking on the same character in a very different film which also tells part of the story of Scotland’s fight for freedom in the 14th century.

But this time there’s a lot less fighting and a lot more soul-searching for Robert. Historically, there’s a year in his life which is largely unaccounted for, when he was a wanted man with a bounty on his head offered by the English. Of course myths and stories have arisen as to what happened to him during this time, and Robert The Bruce chooses to tell a story of a wounded man who has lost the strength of his convictions. (The recent Outlaw King starring Chris Pine in the same role chose a different version of imagined events.)

Instead of a physical fight, Robert instead has to find the psychological strength to return to battle. Injured in a fight with rebel Scots who are out for the English bounty offered for him, he retreats to isolation where is he is inspired by the persistence of a spider (a famous tale which was excluded from Outlaw King and which is a welcome addition here). Encountering a local family, itself torn apart by the ravages of war, Robert is encouraged to rethink his choices and reframe his destiny.

Robert The Bruce is interesting because of what it isn’t. By steering clear of rousing speeches and concentrating on the personal aspects of war, for both those in the middle and those left behind, the film offers a reflection on conviction and duty which lends more meaning to his eventual choice.

The cast is solid with a few familiar faces, and the scenery of the Scottish Highlands is beautiful – although it did make it look like there was three feet of snow for an entire year, end even the worst Scottish weather isn’t that bad!

If you’re looking for the sword-swinging and swagger of Braveheart then don’t look here; but Robert The Bruce has enough to quietly offer on its own, thanks in large part to the central performance from Angus Macfadyen.

Robert The Bruce is available in theatres from 28th June.