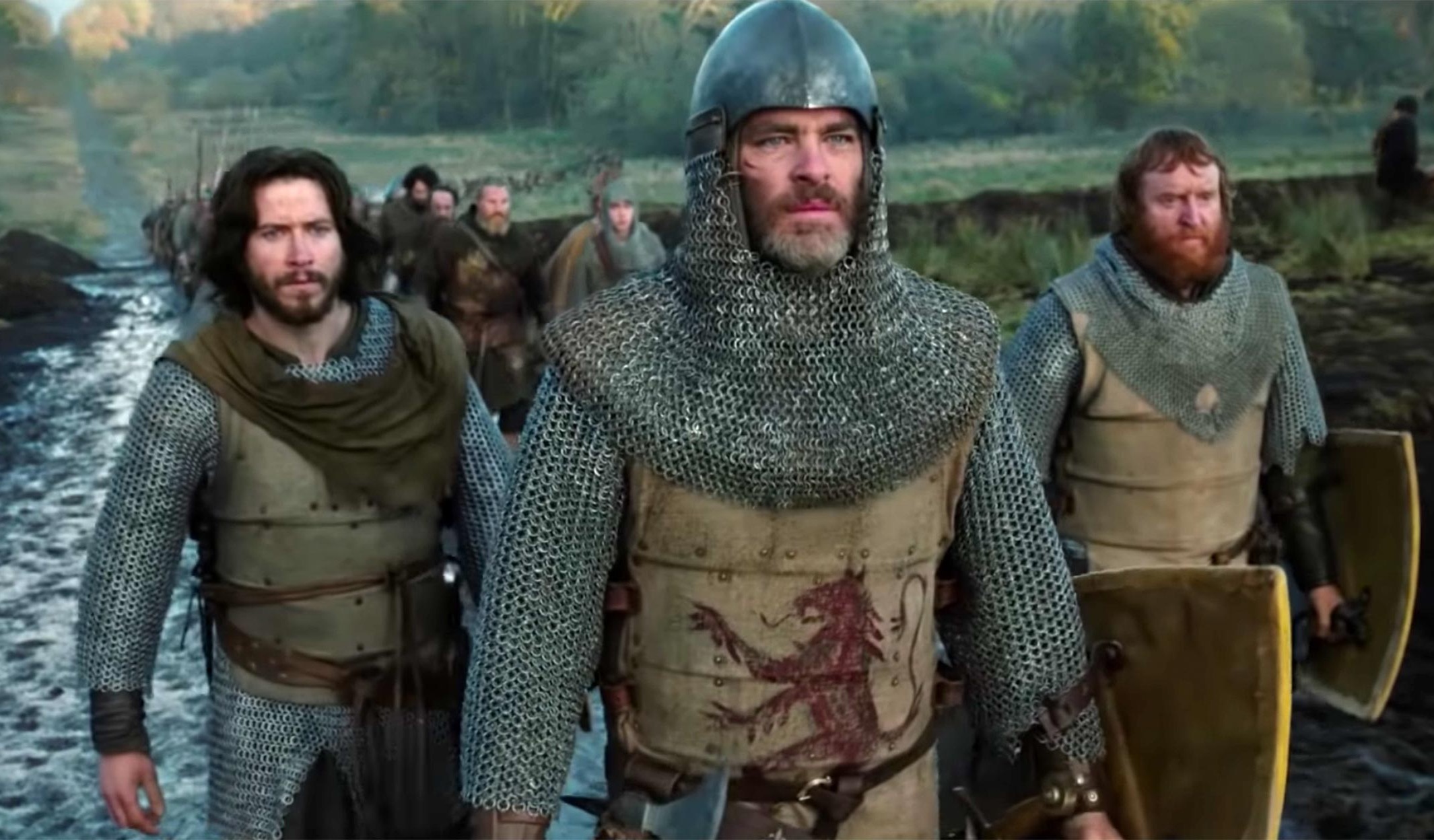 After a disastrous screening at the Toronto International Film Festival earlier this year, a fresh edit brings David Mackenzie’s Outlaw King roaring back to life.

One can read all about the change to the Outlaw King in a great interview by David Erlich on Indie Wire.  I am here to tell you that Netflix’s entry into the Historical Action Epics Outlaw King is the goods.  The goods as in it delivers and is something special.  From its 8-minute opening tracking shot to its final subdued moments, the film delivers in a nervy nail-biting drama that when it delivers the action has the impact of a sledgehammer.

The film begins in 14thcentury Scotland as King Edward (Stephen Dillane) has accepted the defeat of Scottish lords over their uprising and support of William Wallace.  This tenuous relationship is a cover for the King to oppress the Scottish people and drain as much money, and resources he can from them. As this unfolds before Robert the Bruce’s (Chris Pine), he is called into action.  The Bruce with along with his brothers begins a futile campaign against Edward whom they had already sworn allegiance to.  The Bruce only mustering 50 men against a legion of English.  Outnumbered how long can The Bruce and his men last, let alone win a battle of superior numbers.

The filmmakers have opted for speed and brevity of story than a long languid telling of a complex story.  Running a little over 2-hours the film sacrifices nothing in character or story by not being 3-hours.  The film feels focused and dynamic in a way those particular grand epics can never be.  The story rather than being one of a tangential narrative is clear, concise and to the point. As the film begins it continues to move forward never letting anything as tedious as grand exposition by men in front of or behind thrones get in its way.  In fact, Outlaw King ensure that these types of scenes are at a minimum. The film plays out in an anxious almost real-time manner.  Every moment feels tactile as though you can feel the bitter cold of Scotland.

The battle scenes that play out, do so on a smaller scale than any battle scene of recent memory.  Outlaw King favors human interaction over the grand scale of Computer-Driven hordes ala Lord of the Rings.  That sacrifice of scale gives rise to that human component not seen in recent memory. Mackenzie, director of photography Barry Ackroyd, and Stunt Coordinator Robin Inch have created action scenes that continually put you in the middle of these skirmishes.  These scenes are driven by the anxiety of survival than moments of bravery.

Director David Mackenzie along with co-screenwriters Bathsheba Doran, James MacInnes, Mark Bomback, and David Harrower have crafted a story so ground level you can smell the earth and horse shit in your nostrils. As with Hell or High WaterandStarred Up Mackenzie finds a unique entry point into the genre his story is in.  Outlaw King is a nervy historical action epic for our anxiety driven times.

Outlaw King is in select theaters and streaming on Netflix now