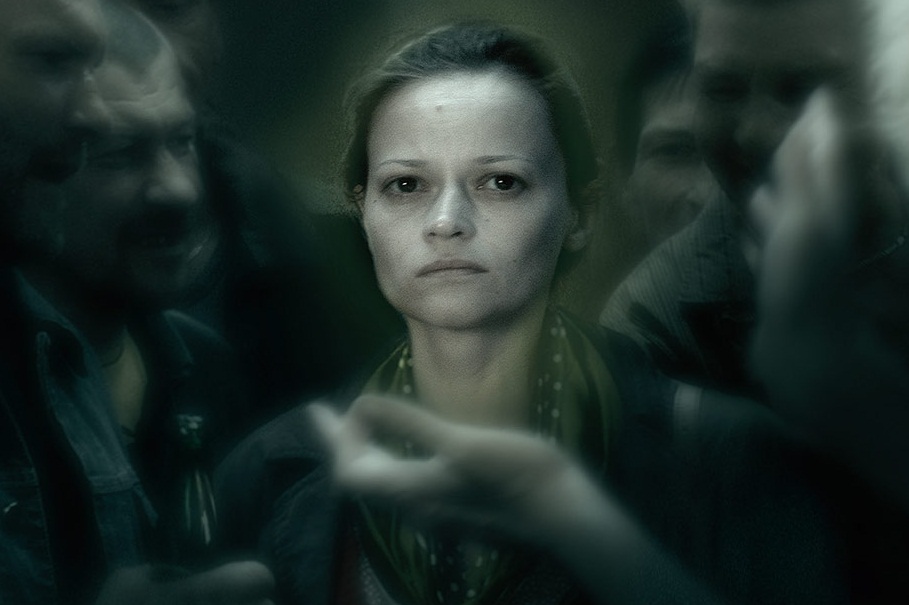 Director Sergei Loznitsa forces Marie to stare deeply into the abyss of the bleak, uncompromising Russian psyche, and the abyss stares back.

The gentle creature of the title is never named. We know little about her. We learn that she works the night-shift at a small petrol station, and that her husband is in prison. The care parcel that she recently sent to him has been returned without explanation, and she sets off to find out for herself why this is the case.

The film accompanies her on this journey, and in doing so introduces us to a selection of characters from various strands of Russian life, from taxi drivers to prostitutes, human rights activists to police officers.

The woman (played calmly and with only a very few flickers of emotion by Vasilina Makovtseva) seeks answers to her question, only to be met by Kafka-esque bureaucracy at the post office, the railway station, the prison; no-one in authority is inclined to help her, and in fact they seem to go out of their way to complicate matters.

Even the people who appear to respond kindly to her have their own agenda, and before long the woman is surrounded by a collection of low-life characters and Mafiosi who offer her protection but provide none.

Loznitsa takes his time to let us see this. He employs a lot of wide shots where we are asked to watch events playout in real time, so that details matter. Frequently we hear snippets of conversations off-screen while very little is happening in front of us – we’re invited to listen as much as watch for the cues. There are bravado comments about how Russia could destroy America with just one missile, tales of family members going missing and random body parts being found, people speaking to strangers in a very abrupt manner. If it weren’t for some of the technology which appears infrequently, it would be very difficult to determine when this is set – anytime from 1940s onwards would work.

The pacing is slow, but just when I was beginning to wonder how much longer I was prepared to continue watching, Loznitsa throws in a huge change of direction in both visuals and tone, which altered my perception of everything I’d just seen. I loved it.

Then there’s yet another change, an almost unwatchable scene, asking more questions. I hated it.

And then one more change before the film finally reaches its perfect conclusion.

It would be easy to assume that the nightmare dystopia which Loznitsa portrays is the Ukrainian-bred, German-resident director’s take on the current state of affairs in Russia. Look closer however, and the references to Marx and Lenin suggest that he feels little has changed beneath the surface in the last 100 years.

A Gentle Creature took quite a while to get where it was going, and the journey was not straightforward. But if you can accept the slow pace, it’s well worth a ticket.