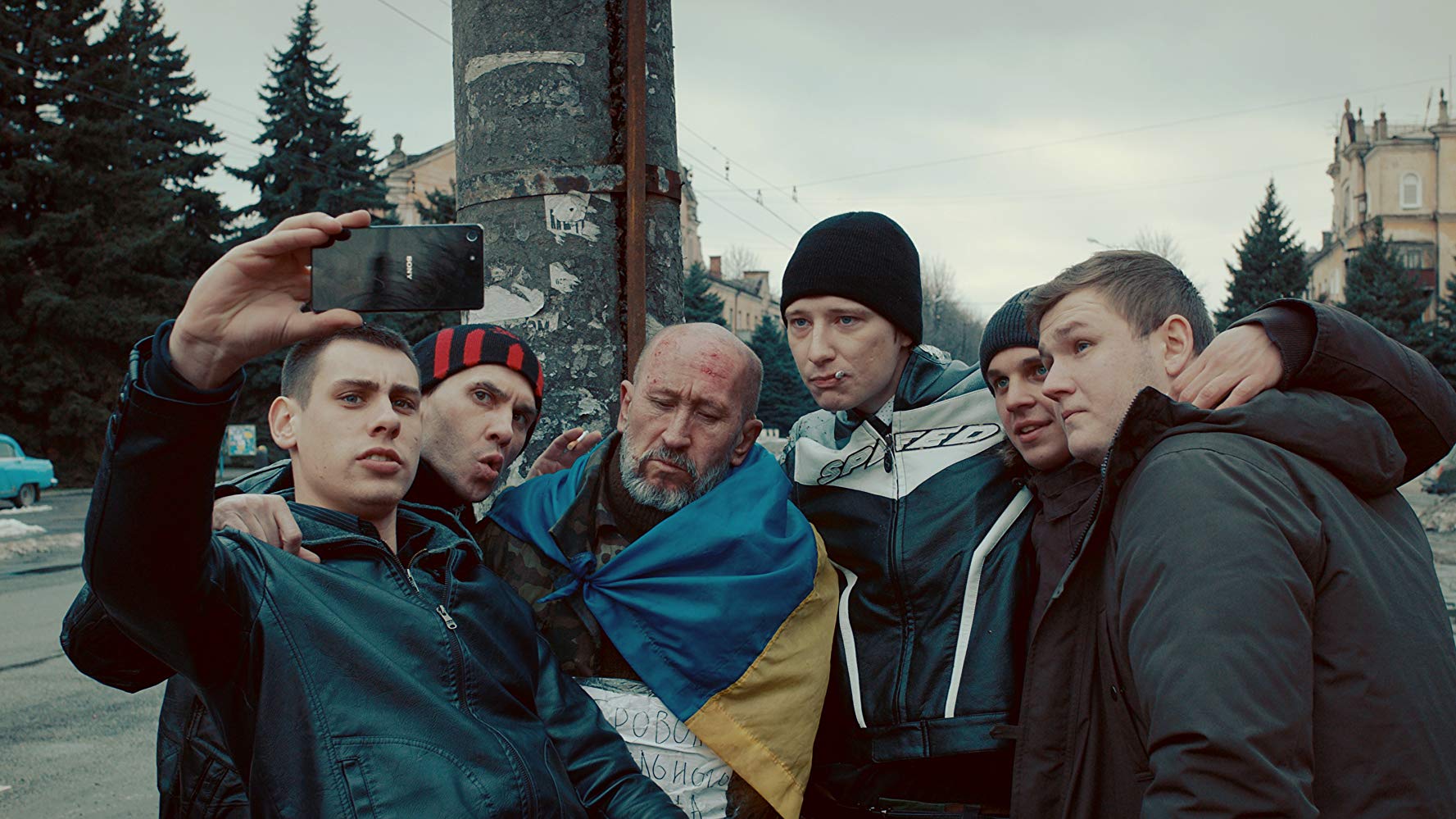 Sergei Loznitsa once again turns the spotlight on Ukraine with fake news and absurdist characters in this collection of vignettes which look on as society unravels.

There is civil unrest in the Ukrainian region of Donbass in the mid 2010s, with the Ukrainian army (supported by local volunteers) facing off against separatist gangs (supported by Russian troops). Society is unravelling amid corruption, hatred and violence, and every individual appears to be totally self-serving, at the expense of family and friends.

Director Sergei Loznitsa presents 13 scenes which include corrupt government officials, local militia gangs threatening townspeople or journalists, a selfie-taking lynch mob and a grotesque wedding. Human nature is shown as despicable, with its worst features becoming even more prominent as society decays around it. The collection of scenes are bookended by what turns out to be a fake news story, carefully orchestrated by the authorities to manipulate the views of TV audiences.

Many of the vignettes feature a tableau of characters which could be taken from a Bruegel painting, with their leering faces, and posturing which is very camera-ready.

It’s a fairly bleak commentary on the state of the nation, and the absurdity reminded me occasionally of Roy Andersson in its approach. Donbass may touch on some of the same ideas as in the director’s previous film A Gentle Creature , but the mood is even more caustic. I’d say Loznitsa isn’t finished with this train of thought just yet.

Donbass is in theaters in the US in 2019