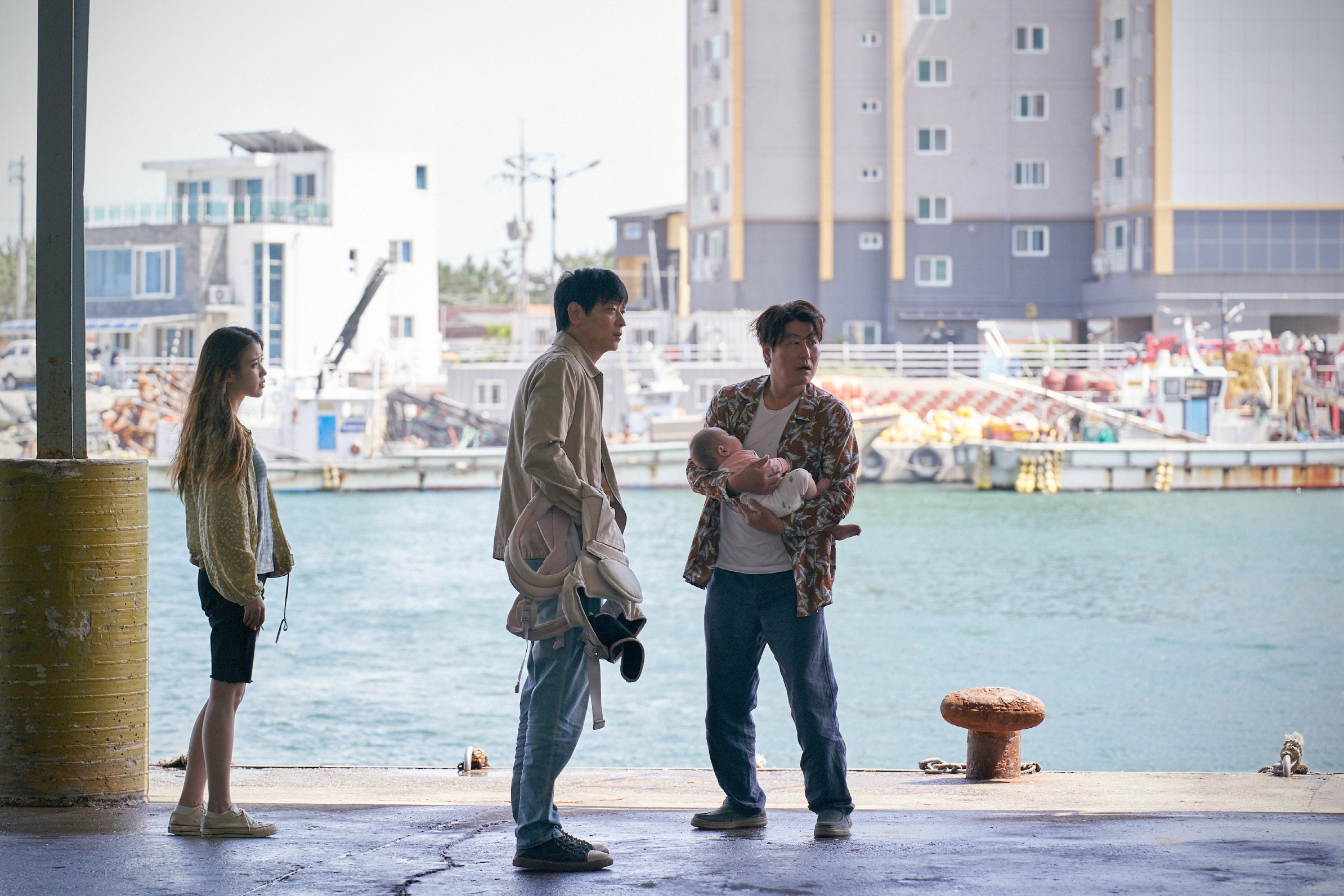 If there’s anyone you can trust with a story about marginalised people somehow forming their own unique family to get by in the world – without drowning it in sentimentality or melodrama – then it’s definitely Hirokazu Kore-eda.

The master of the non-nuclear family strikes again!

Working in Korean for the first time, the Japanese director Hirokazu Kore-eda explores some of his favourite themes of families (found or otherwise) and their complexity in his latest film Broker. He has assembled a to-die-for cast including Song Kang-ho, who won the Best Actor Award for his role at the Cannes Film Festival in 2022, and Bae Doona, with whom Kore-eda has previously worked on his 2009 film Air Doll.

Song plays Sang-hyun, a laundry owner who has a lucrative side-line in selling abandoned babies to wealthy childless couples alongside his friend Dong-soo (a soulful-eyed Gang Dong-won). Their latest deal is thwarted however when the baby’s mother So-young (Lee Ji-eun) has a change of heart and returns to the spot where she left her son to reclaim him. Bae Doona and Lee Joo-young are the detectives tasked with tracking down the baby brokers.

At first reading it sounds ridiculous to say that selling babies could evoke an empathetic response, and yet Hirokazu Kore-eda achieves this by focussing on the humanity in each of the people involved, not their crime. While obviously an illegal act (the permanently-eating cops on their trail is a frequent reminder that they are committing a crime), Kore-eda even has us asking if the people who want to buy children in this way are even worse than those trying to sell them. Who has the best interests of the child at heart? Who deserves to be a parent? And most importantly, would it be better if some people hadn’t even been born?

Portraying a baby trafficker in an empathetic manner is not straightforward, but Song Kang-ho is so full of warmth and good humour that it is impossible not to like Sang-hyun, and Gang Dong-won (his sidekick Dong-soo) delicately masks a lifetime of abandonment and hurt behind gentle eyes so that we know that he knows what’s best for baby.

Every character is a little broken through no fault of their own, every character challenges either legal or moral judgements, every character has their own motivation for becoming involved – and it takes the emergence and acceptance of this constructed family to validate to themselves their very presence on Earth.

There’s no denying that this is very much ‘un film de Kore-eda’ – his gentle handling of complex relationships with very little (if any) judgment, and the skill of his actors, combine to create a warm story on a topic that feels like it should be very different.

The very final scenes are perhaps the weakest and feel as though they have been added as an afterthought, but for Kore-eda fans, Broker will not disappoint.