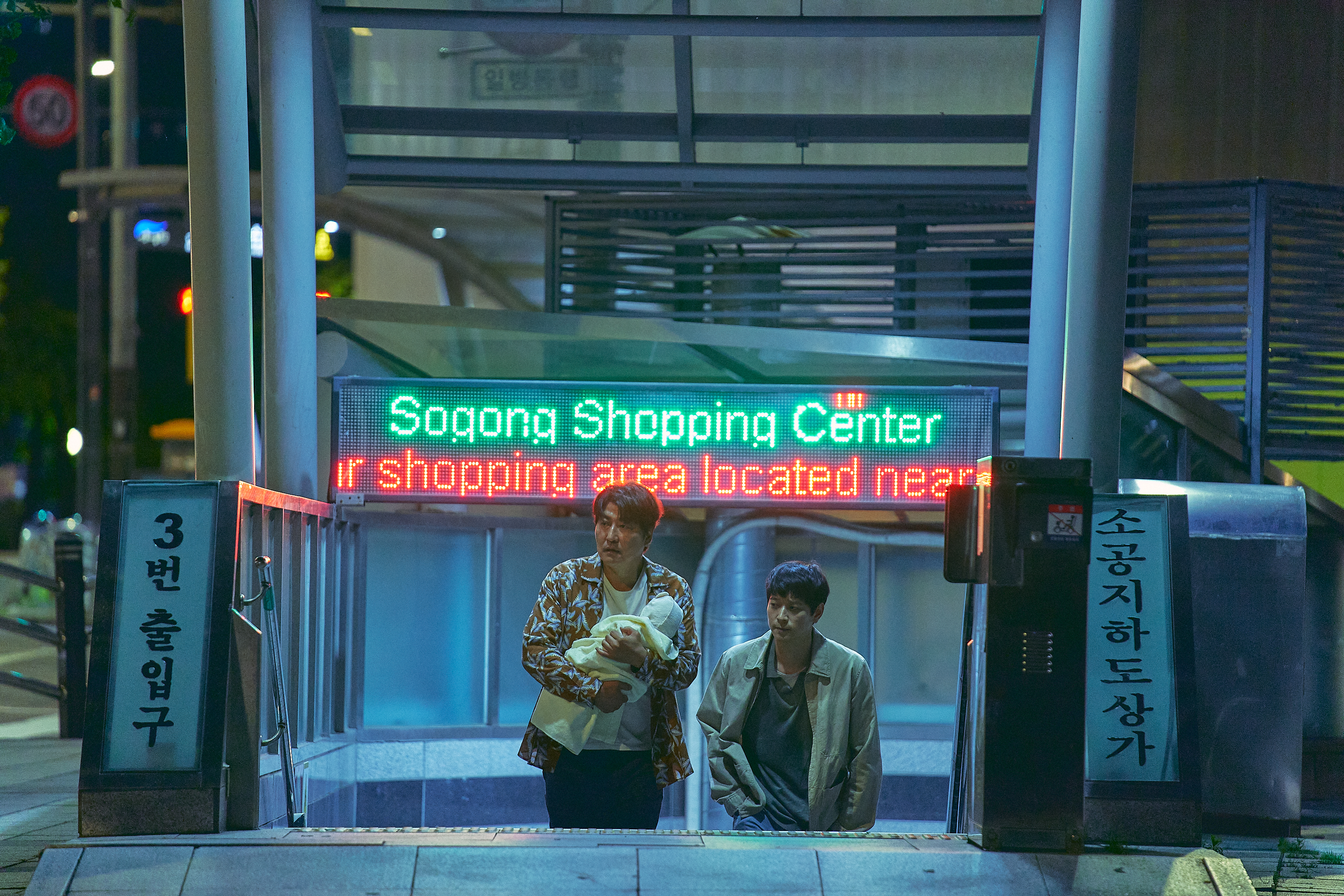 Only Hirokazu Kore-eda could make a beautiful delicate humane comedy-drama about Baby Traffickers in South Korea.  Broker is one of the director’s very best.

Films are empathy machines.  No one in the world understands this better than Writer/Director Hirokazu Kore-eda.  A spiritual cousin of sorts to his previous film Shoplifters.  Broker double downs on the economic destitute of its characters and what they must do in order to survive.  Including and not limited to deserting babies, selling babies, and somehow making a family of choice when you are all orphans in some shape or manner.

Laundry Service owner Ha Sang-hyeon (Song Kang-ho) uses his part-time volunteering at the local church with the aid of friend Dong-soo (Gang Dong-won) to steal the occasional baby to sell on the black market.  This – sort of – well-oiled con is thrown wildly astray when their newest target’s mother (Lee Ji-eun) comes back asking questions about her child.  Ha Sang-hyeon not wanting to involve the police make her an accomplice in this entire transaction.  Baby, Mother, Ha Sang-hyeon, and Dong-soo soon form a shambling family traveling to find the right buyer for their baby.  What they do not realize is that a pair of eager police officers are on their trail (Bae Doona and Lee Joo-young).

What other filmmakers would take as a dark tale of misdeeds and terrible acts, Kore-eda finds warmth, humor, and understanding.  Broker is a film of unexpected compassion in the most morally compromised of crimes, baby trafficking.  Hirokazu Kore-eda’s film is designed as a dare to an audience.  It is no mistake that he cast Song Kang-ho – arguably one of South Korea’s finest and most accomplished actors – to inhabit the role of Ha Sang-hyeon.  Song as an actor has always found empathy in the trickiest of characters but never at the expense of verisimilitude.  The resulting film and performance are respectively small-scale treasures to be dived into.

The supporting cast is uniformly terrific.  All understand the tone of the entire piece and like a true ensemble not only feed off each other in the best ways.  One only needs to watch the way the first interview/brokering scene plays out to understand how deft a touch Kore-eda as a writer/director has.  Impressively so the way the film builds to an ending that is both earned and truthful.  Though as the case is with reality part of the beauty of Broker is that some not all at its end are resolved.

Broker in its specificity of location and people has found something universally human and humane.  In its criminality it finds our basic needs to connect as humans and the toll that an increasingly unaffordable city life takes.  The sentiments held within Kore-eda’s film may be the most currently relevant of any film in 2022.