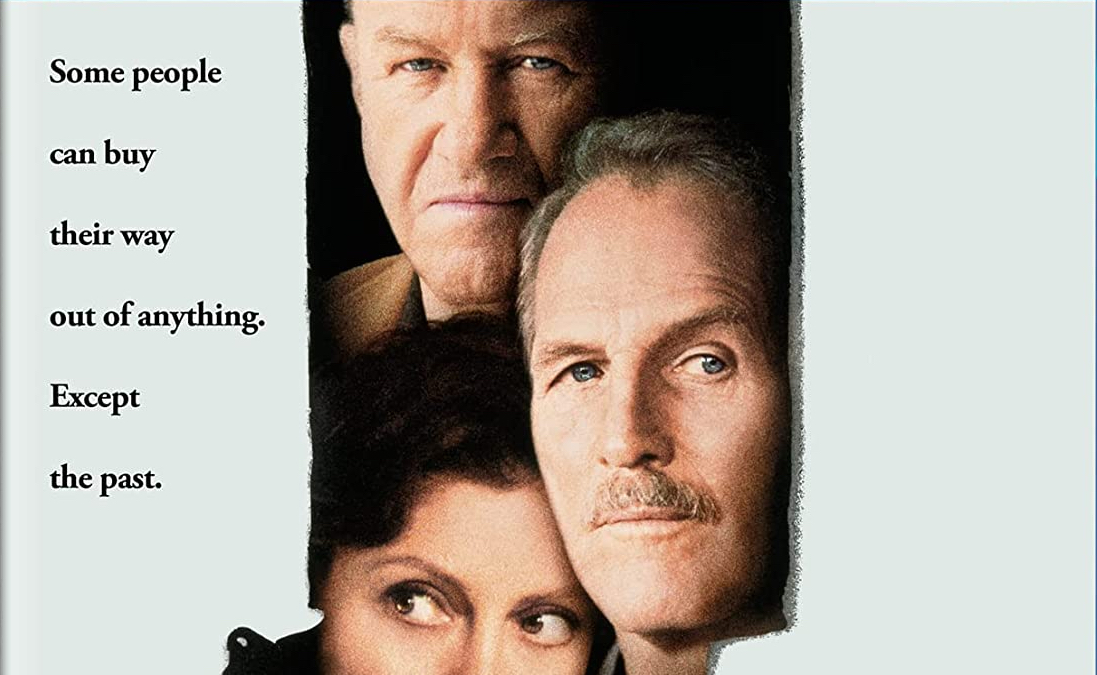 Twilight – not the vampire series but the detective story starring Paul Newman – makes its US Blu-Ray debut thanks to Kino Lorber.

Why wasn’t it just made into the third and final Harper film???

Harry Ross (Newman) is the kind of no-nonsense detective that Lew Harper was.  Hell, the guy even worked in Los Angeles.  And like Harper, Ross has a bad bit of luck on a routine job of finding the daughter (Reese Witherspoon) of a Hollywood power couple (Gene Hackman and Susan Sarandon) who’s run off to Mexico with her much older scumbag boyfriend (Liev Schreiber).  For all his troubles he gets a bullet in the leg and a legend that his … Oscar was shot off in the process.

Cut to a few years later and Ross is no longer a detective and literally the gopher for said Hollywood power couple.  Though Ross takes on a “simple” delivery of an envelope as we are well aware that there is going to be nothing simple about this.  What unfolds is a low-key critique of not just Hollywood and Stars but one about aging out of friendships and allegiances.

Robert Benton’s second film with Newman in so many years is as winning – albeit in a very different way – than 1994’s Nobody’s Fool. Newman found a like-minded individual that understood that age and aging on screen wasn’t something to be ashamed of.  There’s the notion of age but it’s never some sort of polemic on the matter.  Rather Benton and co-screenwriter Richard Russo concoct a damn good mystery that includes age and time as a factor, not some sort of challenge or marker to forget or to make on-the-nose statements about.

The film is aided by the chemistry between the three leads.  Newman, Hackman, and Sarandon are magnificent as the third wheel and power couple.  The way that Hackman and Sarandon play off of Newman’s Ross and both manipulate in very different ways is one of the many adroit notions the film has about the Noir Detective genre.  The chemistry between the three is so palpable that one wonders why a maverick director of the 1970s didn’t think about teaming the trio up.

With any detective film, the strength lies in your supporting cast.  Twilight has a murderer’s row of great supporting turns including the aforementioned Witherspoon, Schreiber but additionally Margo Martindale, Stockard Channing, Giancarlo Esposito, and a blink and you’ll miss it cameo from M. Emmet Walsh.  Though the real highlight is the work of James Garner as a fellow private dick and colleague of Ross’.  The work between Newman and Garner is a study in laconic superstar charm with both men just radiating in their scenes together.

At its end Twilight holds a dirty little mystery that isn’t a mystery at all but is one that’s haunting and appropriately Hollywood.  The way it unfolds is a master class in writing with the right amount of meta to be more adroit than your average detective story.  Though this one is about those long-buried secrets resurfacing … like all tales in Hollywood there’s a happy(ish) ending.

The transfer provided by Paramount appears to be the same one that was given to Imprint for their Australian Blu-ray release.  Which is a beautiful – albeit – older transfer. The image is still sharp and well-balanced.

The Audio Commentary by Film Critics Alain Silver and James Ursini is another winner.  Some of the details include comparisons to the Harper Series of Films and Movies and here with Newman’s character as Ross, the neo noir subgenre and where it was when they film was released in 1998, the flashback structure the film is built upon, Benton and Russo’s script written against and for the archetypes that Newman/Hackman/Sarandon play, the closeness the script/film that hues to the novels of Raymond Chandler, LA as a character in this film and Neo Noir larger, the work of James Garner in the film and larger playing an LA Private Eye, the reflective nature of casting aging stars as aging stars, the update to various troupes that are used in Neo Noir from Noir, the work of supporting actors Giancarlo Esposito, Margo Martindale, Liev Schreiber – both before they became to prominence, Reese Weatherspoon’s character and the plot mechanics of her in the film, the work of composer of Elmer Bernstein, the various locations – some vary famous – play into the film and plot points, Benton’s innate ability to easily shift tones in this film – and a discussion of his larger work and how he specializes in this, a discussion of the finale and how its constructed as compared to Noir and Neo Noir, and much more.  Silver and Ursini’s commentary track is an informative dissection of not just the film but both use this is to discuss Neo Noir writ large.

Twilight is an underseen gem of the detective genre.  Highest Recommendations!!!