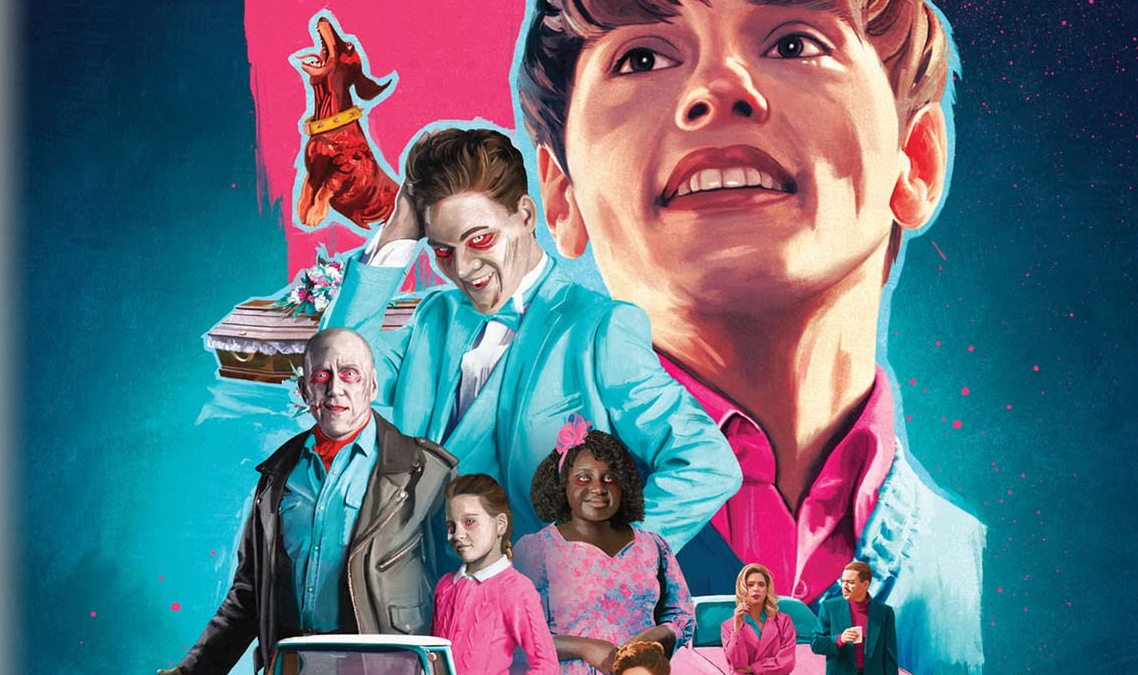 The Loneliest Boy in the World is an unexpected horror comedy with heart and charm to spare.  New to Blu-Ray from Well Go USA.

Some movies surprise you with their low-key delights.  Director Martin Owen’s The Loneliest Boy in the World takes its horror-tinged concept and contorts it into a wild coming-of-age story and romance.

Oliver (Max Harwood) is your normal average boy who accidentally killed his mother.  The police officers that investigated the murder and sent him off to the Asylum he recently exited are apathetic and suspect towards Oliver.  They’ve given him an ultimatum of either make friends and socialize or he is going back to the facility.  Oliver does more than just make a friend; he gets an entirely new family.   It doesn’t matter that the family was bore out of Oliver’s grave robbing the local cemetery.  This new Mother (Susan Wokoma), Father (Ben Miller), Sister (Zenobia Williams), and Brother/Friend (Hero Fiennes Tiffin) all have a little bit of a lesson to teach Oliver about forgiveness and family.

For a film that deals with tragedies befalling people, grave robbing, bullying, and mental health The Loneliest Boy in the World is quite a sincere and warm film.  Rather than upping the ante on the damage that Oliver has endured because of his responsibility for the death of his mother, they go the opposite way. There is a compassion along with a huge dollop of gallows humor that follows through every frame of the film.  The script by Piers Ashworth from a story by Ashworth, Brad Wyman, and Emilio Estevez (yes, that Emilio… if you didn’t know has become quite the filmmaker) is an empathy machine of heart and wit.

Part of the beauty of the film is the humane way that all conflicts and issues are resolved in the film.  Oliver is never mean or even cross.  Max Harwood imbues Oliver with a “soft boi” nature that never feels weak.  Harwood’s Oliver chooses to face the world with warmth and compassion even when it doesn’t do the same for him.  The family he gets – imagined or otherwise – helps him see the strength within himself.  Strength enough to carry on and make the first steps toward healing and love.

The Loneliest Boy in the World may not be for everyone with its off-kilter point of view and unexpecting twists, using horror troupes as a framing device, but for those that it does connect with… they may have found their newest Cult Classic.

Well Go USA is low-key one of the best Home Video Distributors when it comes to transfers.  This is no exception with The Loneliest Boy in the World.  The digitally shot film makes its transition to Blu-Ray with a razor-sharp transfer that sports one of the best color spectrums in recent memory.  The variances in color from deep black to the poppiest of pastel colors and neon lighting is demo worthy here.  Well Go USA again pushing the limits of the Blu-Ray tech to the point that the only way this transfer is better is if they plan to release a 4K UHD with Dolby Vision encoding.

Behind the Scenes (5:07) – an all-too-brief EPK-style making-of featurette with comments by actors Max Harwood, Hero Fiennes, Zenobia Williams, Tallulah Haddon, Alex Murphy, Ben Miller, Susan Wokoma, and others.  The EPK is designed with Title Screens with Questions that are prompted to the cast to answer edited in with some great b-roll footage.

Well Go USA continues to surprise with unexpected genre treats like The Loneliest Boy in the World.  Recommended.