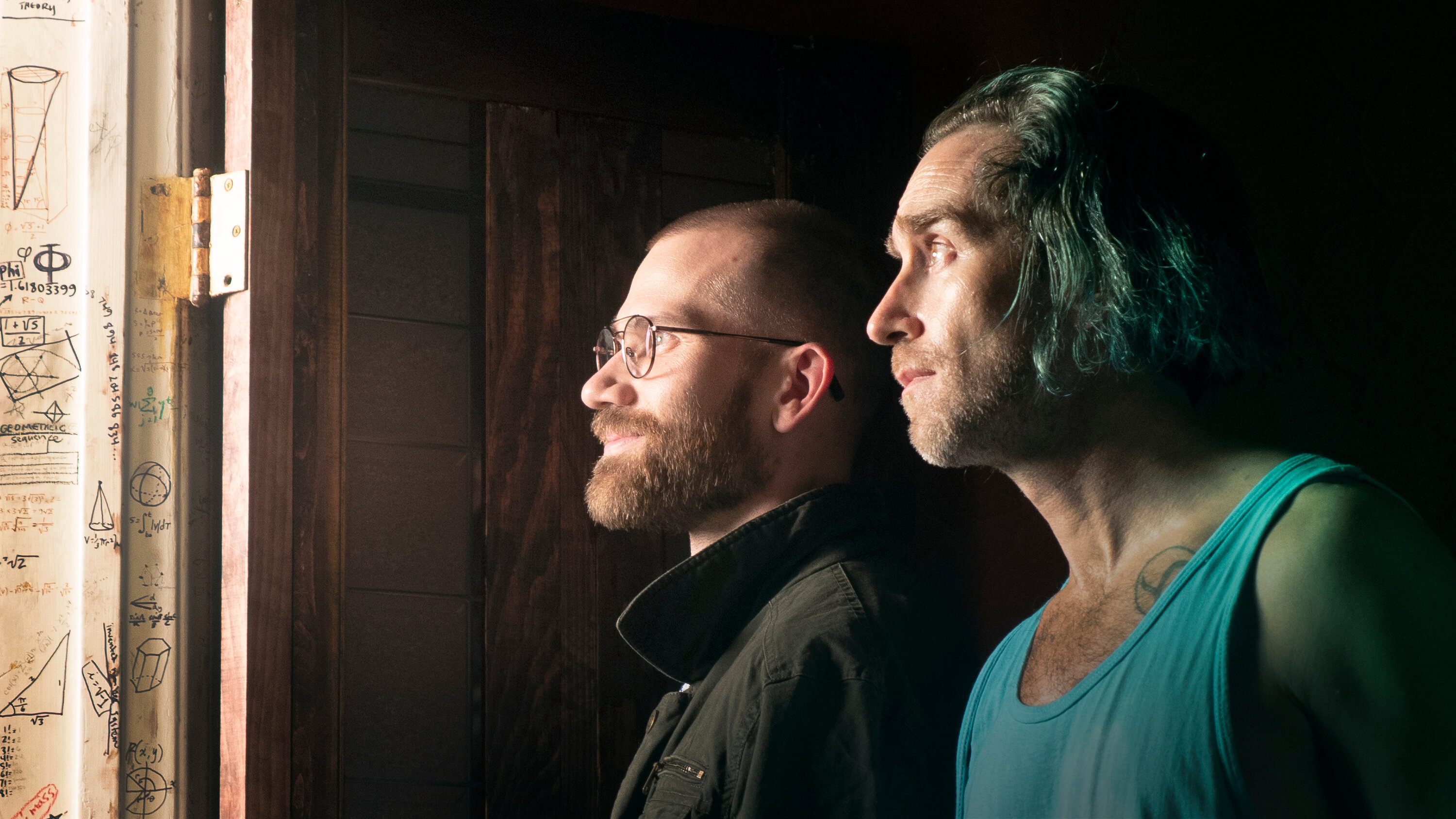 Filmmakers Aaron Moorhead and Justin Benson go back to their indie roots with the “Raymond Carver on Acid” sci-fi drama comedy Something in the Dirt.

Benson and Moorhead’s Something in the Dirt is a DIY rabbit hole of paranoia, string theory, chariots of the gods, unifying theory and so much more.  Wrapped in the darkest of comedies about friendship and the truths and lies we tell ourselves and others.

John (Aaron Moorhead) meets Levi (Justin Benson) while Levi is moving into his new apartment in Hollywood.  The two find some common ground – share a smoke – and continue on their way.  It is only when strange things occur inside Levi’s apartment do the two men bond.  As they descend into the mystery of the apartment and what could be a portal or access point to another dimension or galaxy the bonds of friendship are tested and solidified.  It is only when they begin their documentary on the subject that not only their friendship begin to crumble but possibly their sanity.

Something in the Dirt is maybe the directing duo’s most intimate film since Spring (a truly great romantic horror film).  Most of the film is John and Levi talking about the intensely personal and intensely theoretical.  Though the conversations are never droll or a snooze.  The way that Benson and Moorehead along with their co-editor Michael Felker construct these conversations is a bit of brilliance.  Rather than a normal back-and-forth volley of medium shots, the trio has created a visual language that recalls images from which they are talking. This inspired bit of editorial genius allows them to intercut not only imagery from the past or visual diagrams but cut in video from both Benson and Moorhead’s childhood.  This results in a film that feels not only intensely personal but visually as active and playful as the friend’s interesting volley back and forth of ideas and anecdotes.

The construction of the film and the slippery nature of what the duo is doing and their end game of the final third act is better to be experienced than relayed.  Needless to say, the way the duo fold and mixes genres into Something in the Dirt is a bit of inspired meta-commentary that will be left for an audience member to unravel.

If one is looking for something intimate that challenges the genre conventions look no further than Something in the Dirt.

Something in the Dirt opens in Theaters November 4 via XYZ