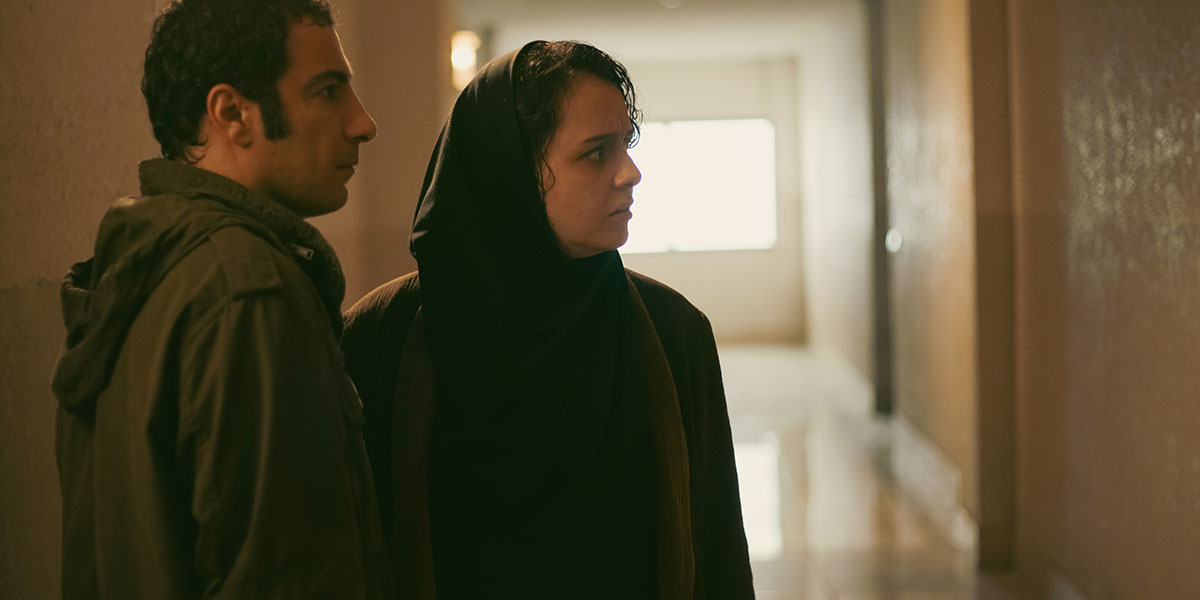 Take a slice of Denis Villeneuve’s Enemy, a good pinch of Asghar Farhadi and the lightest sprinkling of Wong Kar-Wai’s In the Mood for Love and you will begin to get a feel for Subtraction, the mysterious and suspenseful drama from Iranian director Mani Haghighi.

Driving instructor Farzaneh (Taraneh Alidoosti) sees her husband boarding a bus on a rainy day in Tehran. Confronting Jalal (Navid Mohammadzadeh), he claims that it was not him as he was away on business for his father all day. But Farzaneh is sure she saw him visiting another woman and sets out to discover what is going on. What she discovers is beyond any imagination, and leads to some tense scenes of violence and deception.

Director Mani Haghighi uses his characters to take a look at Iranian family life and the roles therein –  and the differences in social standing – using a suspenseful drama as his vehicle. It benefits from subtle and confident performances from Alidoosti and Mohammadzadeh, who need to have a handle on where their characters are in the plot to ensure that the audience doesn’t get lost.

Picky viewers may find opportunities to point out potential plot holes, but those who are content to not think too deeply about it will enjoy the story much more. The strange setup definitely engaged me and had me wanting to accompany Farzaneh and Jalal to the end of their story.

Who knew it rained so much in Iran?!

Incidentally, but worth noting: Mani Haghighi was on his way to London to present Subtraction at London Film Festival this weekend and was prevented from boarding his flight at Tehran and has had his passport confiscated. This was just days after members of the UK filmmaking community stood at the BFI Southbank in solidarity with jailed Iranian filmmaker Jafar Panahi, the women leading the protest movement in Iran, and all those demonstrating for freedom in the country.

Subtraction plays at the London Film Festival from 15th October 2022.