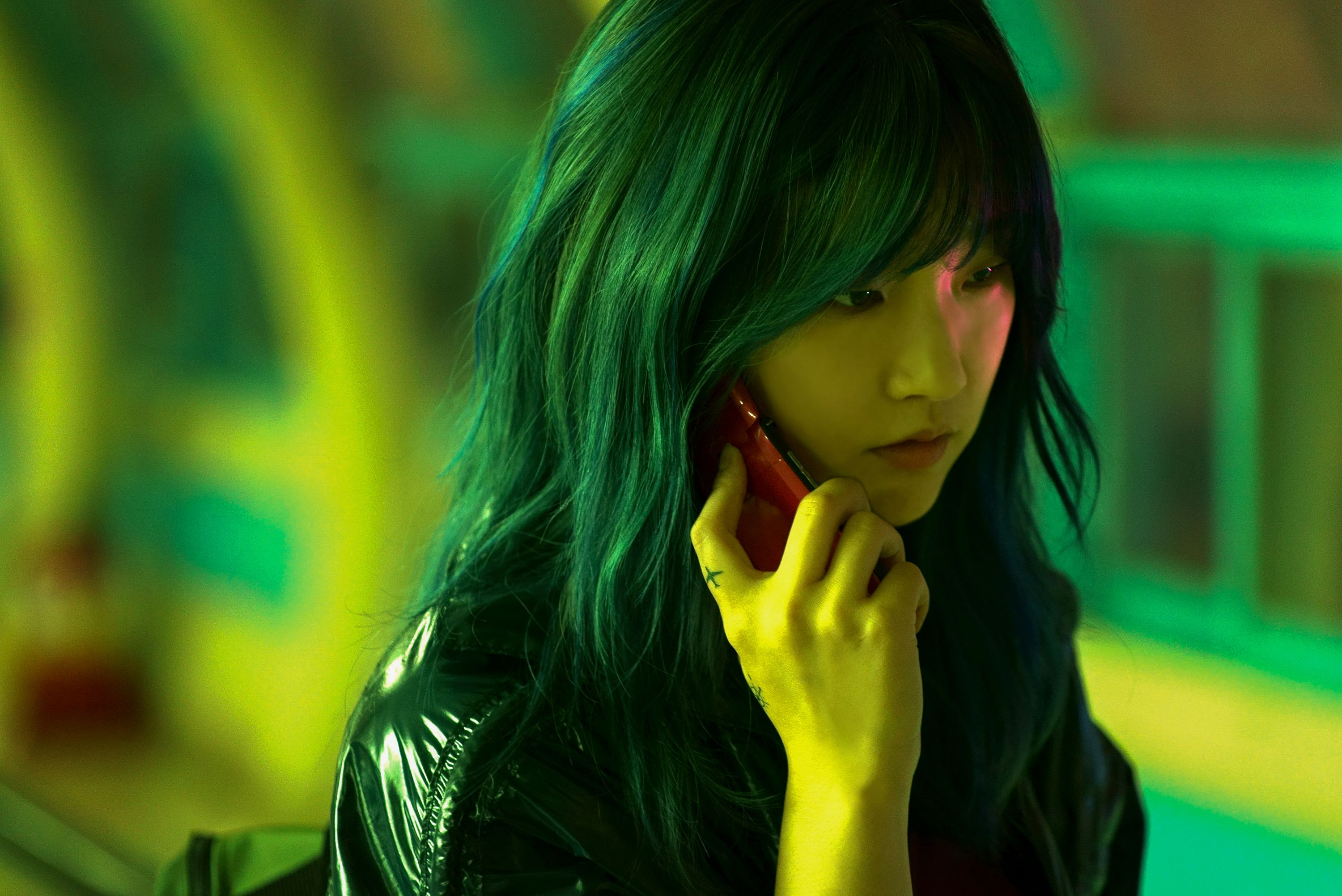 Move over Domonic Toretto… Park So-dam’s Eun-ha is about to show everyone who owns behind the wheel in Special Delivery.  Making its North American Premiering at Fantasia Film Festival 2022.

Co-Writer/Director Park Dae-min unlocks the code in Special Delivery.  The action thriller is the right amount of emotion, comedy, and most of all badass action to satisfy even the most disconcerting of action fans.

Eun-ha (Park So-dam) is good at what she does.  Her work; a driver of special deliveries of an illegal nature.  When Seo-won (Jung Hyeon-jun) ends up in her car with his father’s (Yeon Woo-jin) money and a stolen bank fob worth millions it’s only a matter of time before the likes of corrupt cops, sociopathic assassins, and violent gangsters are hot on their trail. With everything against her, Eun-ha is finding fewer and fewer options to get Seo-Won to safety.

From the opening moments to the end credits Park So-dam owns this film.  The actress understands laconic in a way that many actors of her age and prowess do not.  Park creates a character in Eun-ha that is both surprising and original even if the archetype is something we have seen before.  There is a sense of seriousness that she takes the role with, the same sort of adroit choices that we have seen from her in prior work.  The result is something unexpected and wholly delightful.  To say more would be to ruin the performance she so craftily has built.

Part of the excitement of Special Delivery is just how special it really is.  Working from a script written by himself, Kim Bong-seo, and Park Dong-hee director Park creates a story that’s filled with memorable characters, cracker jack set pieces, humor, and well-earned emotional heft.  How the story is constructed and reveals its twists and turns is part of the punch the film packs.  One only needs a small working knowledge of South Korean Genre cinema to understand this statement fully and to go in with no further knowledge of the plot or mechanics of the film.

Director Park sees the importance of both the emotional stakes as he does the action set pieces.  Working with cinematographer Hong Jae-sik and editor Kim Sun-min the trio creates a film that ebbs and flows with an expert understanding of how to build both an emotionally and action satisfying film.  One that by the last twenty minutes, one will be holding their breath and clinching their firsts until the crowd-pleasing finale.

There are few action films as good, in recent memory, as Special Delivery.  That is thanks in large part to the successful collaboration between Director Park Dae-min and actor Park So-dam.  Let us hope that this is the beginning of the collaboration and not a one-off.