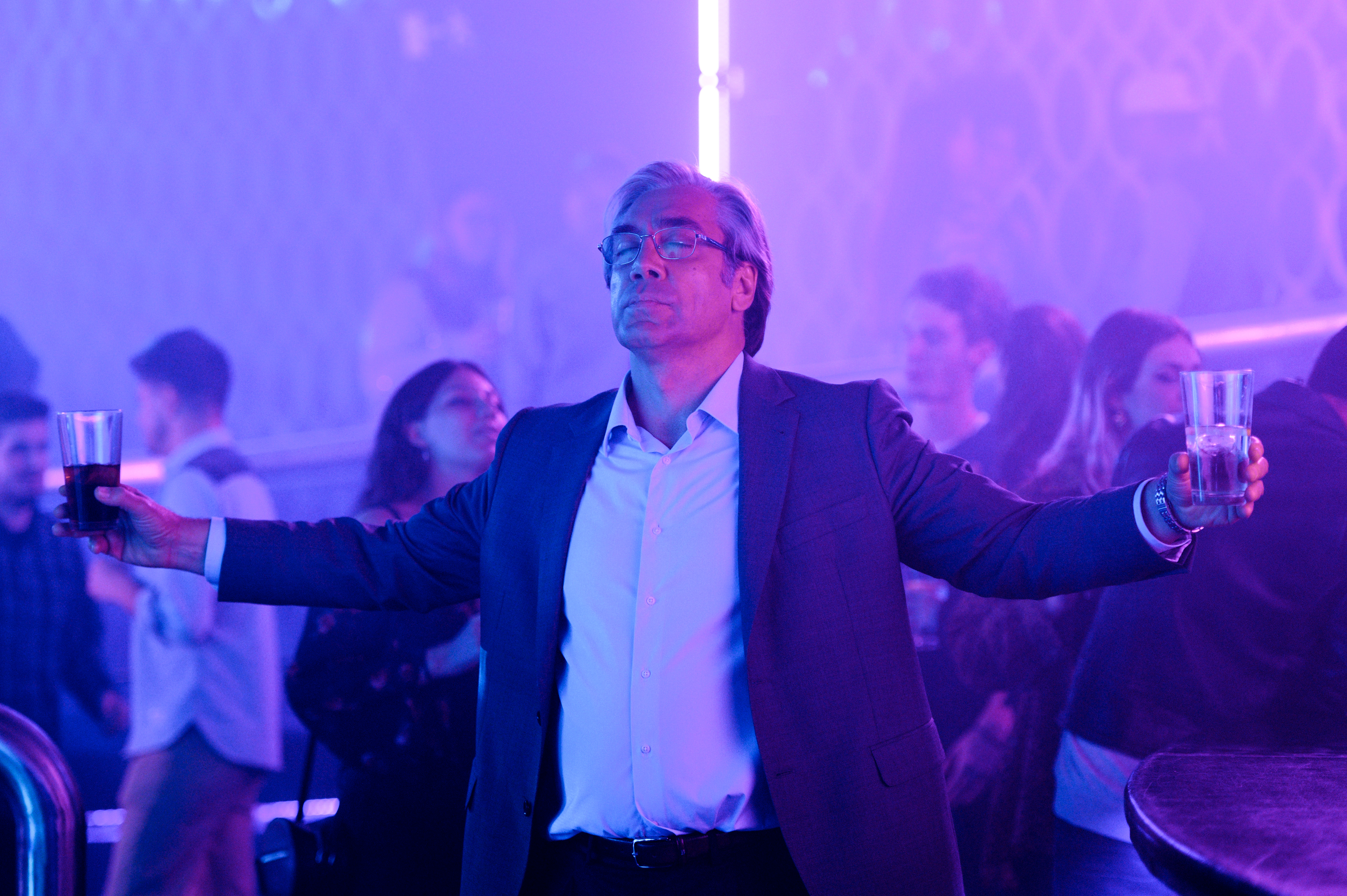 The Good Boss (El buen patrón) is an award-winning dark comedy and workplace satire which pokes a long-handled stick of fun at bosses who play the ‘one big family’ card in public, but whose moral compass is pointing in a different direction entirely.

Directed by Fernando León de Aranoa and starring (and totally carried by) Javier Bardem, The Good Boss was initially released in Spain in 2021, received a record-breaking 20 Goya Award nominations, and was selected as Spain’s submission for the Best International Feature Film at the 94th Academy Awards ahead of Pedro Almodóvar’s Parallel Mothers. That should give you an indication of just how well it is thought of in its home country.

Many of us might have encountered a character like scales factory owner Blanco (Javier Bardem), a charismatic and genial boss who cultivates an amiable, paternal, employee-focussed persona in the office but who has another side to his character. His desperation to win a government business award sees the cracks appearing as he meddles in the private lives of his workers to try to ensure that he achieves his goal. He also has a habit of fraternising with his young female interns, which this time around causes an unexpected problem both at work and at home.

Blanco is the guy who places a friendly arm around the shoulder when delivering the worst news; he can make a threat seem innocuous with an avuncular smile; a generous gift from him is never totally altruistic. There’s more than a hint of the smug mafia boss about him, and indeed the odd Corleone reference may be picked up by the observant.

Bardem has a wide range of roles under his belt – from family man to unhinged criminal – and so he can effortlessly slip from ingratiating company director to devious middle-aged lothario to a truly psychopathic man about to get found out, with just a flicker of the mouth. Fortunately, his charisma also carries things along even when there’s a dip in energy about half-way through. He is easily the best thing about the film.

Outside of Bardem’s performance, The Good Boss is entertaining, clever in parts and eminently watchable. It’s neither biting satire nor workplace comedy and it probably gets the balance just about right without ending up completely bland, as the humour is just dark enough. The supporting characters, though played well, are fairly one-dimensional however, with the focus being completely on the world through the obsessed eyes of Bardem’s Blanco.

Thoroughly engaging but for me needed a little more bite than balance.

The Good Boss is released in cinemas and on Curzon Home Cinema on 15th July 2022.