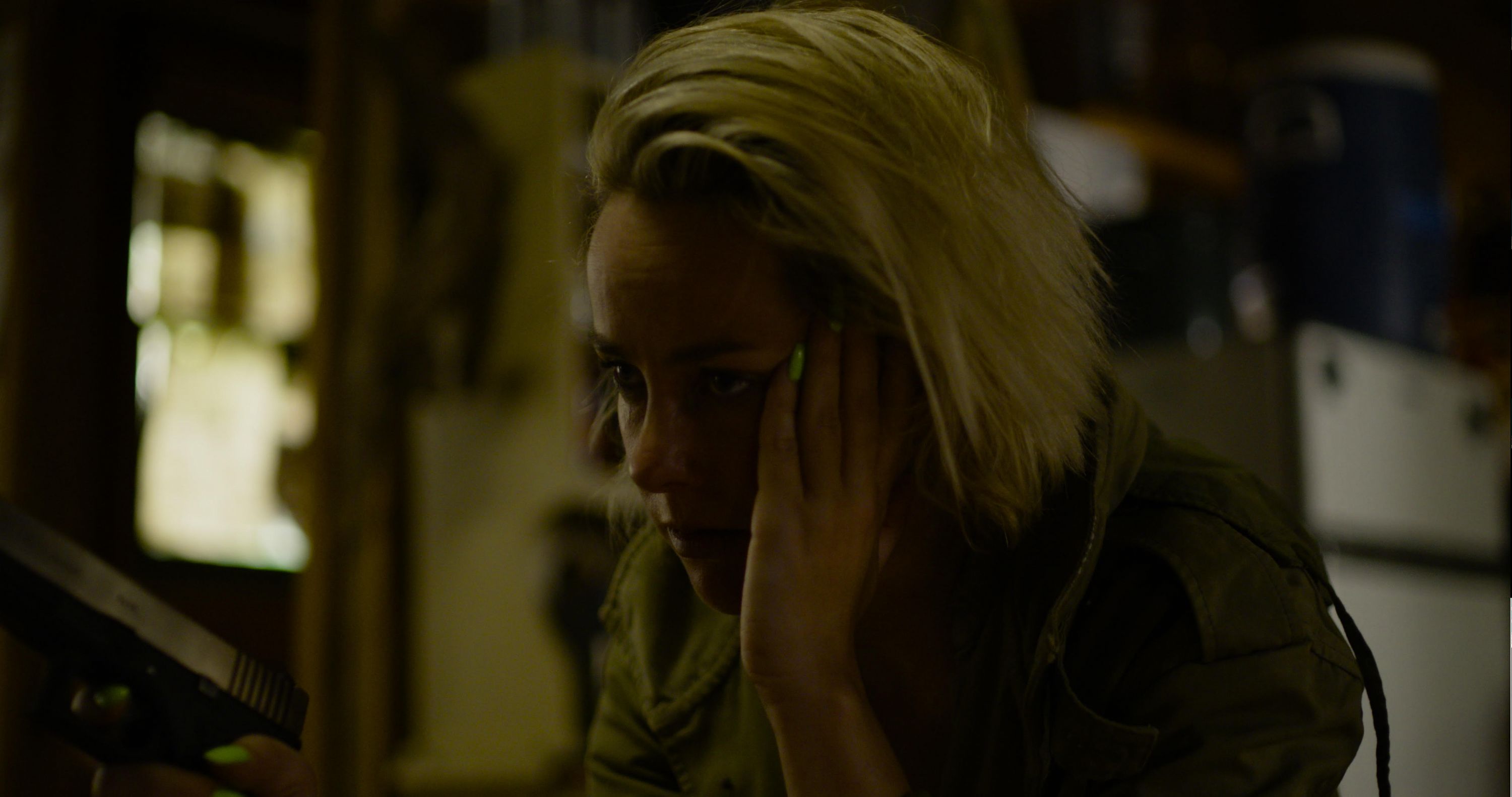 Writer/Director Carter Smith creates a piece of body horror that truly is a piece of transgressive cinema.  One that will place a vice grip around your neck for its ninety-minute run time.

Benjamin (Cooper Koch) and Dom (Jose Colon) are celebrating Benjamin’s last night in their small hometown.  Benjamin is off to California to take his career in Porn to the next level.  His best friend Dom wants nothing more than to send his good friend off in style.  Enter the late-night drug deal set up by his cousin with Alice (Jena Malone).  More questions than answers as they’re pushed into being drug mules.  But when an incident turns violent and complications arise, they three are forced to do things unimaginable.  This isn’t a simple drug deal or drugs their carrying.  When this precious cargo come under siege Alice’s Boss (Mark Patton) comes in with disturbing results.

Smith’s film is exactly what one wants in their horror.  Disturbing, sexual, violent, uncomfortable.  We have seen this subgenre before, yes, but never done in the way adroit way that Smith executes it.  The writer/director has created an intimate affair that when things go wrong, they do so in spectacular fashion, the noose begins to tighten and never releases until its final moments.

The film feels like a spiritual cousin to the works of Sam Raimi and David Cronenberg.  Though Swallowed is never a simple echo chamber of those filmmaker’s distinctive work.  Smith’s script continually challenges the hereto-norms of the genre – and film in general – giving us inventive and intense moments of horror and drama.  There is a mid-film set piece that will have anyone regardless of orientation squirming in their seats.

The work of cinematographer Alexander Lewis shooing in 1.33 window box is exceptional.  Lewis and Smith create a visually claustrophobically tense film that is not only beautiful but effectively moody.  There is a clean unadorned way that the film unfolds that only adds to the terse nature of the piece.  The duo’s eye for composition and also flipping the often overtly sexualized gaze upon females in horror to males is a delightful surprise that is sure to make some of the audience uncomfortable.

As with all great horror films, Swallowed is something to be experienced rather than discussed.  Though as the film ends one will definitely want to discuss.  A hallmark of not only any great horror film but any great film period full stop.