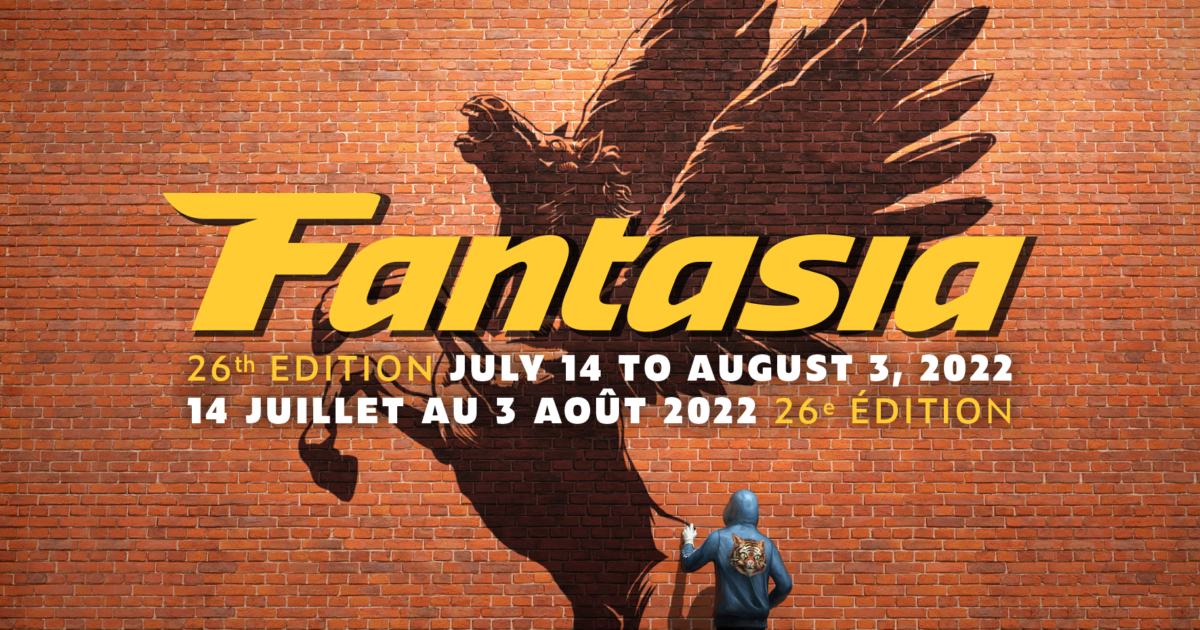 Scott takes a look at six films from Fantasia Film Festival 2022 that you will not want to miss.

Curation is the name of the game when it comes to film festivals, and the Fantasia International Film Festival is one of the best in the world when it comes to programming a slate of genre releases.  The emphasis should be on the word “international”.  Every year I find some of my favorite foreign language films at Fantasia: The Incredible Shrinking Wknd (2019), The Divine Fury (2019), The Columnist (2020) and Punch Drunk Boxer (2020) to name a few recent selections.  At risk of lapsing into sports metaphors, the Fantasia International Film Festival has a deep bench when it comes to curation.

In my film critic fantasies, I hop a flight to Montreal and stay there for 2 ½ weeks to take in all the Fantasia goodness on the big screen.  I feel certain the on-the-ground vibe at this festival is something special. Their serious love of cinema is reflected in their festival slate every year. Their 2022 edition will be held July 14th through August 3rd.  While I will have the privilege of covering the festival remotely, here are six (of the many) films, I’d gladly stand in line to see on the big screen:

1.  NEXT DOOR:  I love getting in on the ground floor with a new filmmaker.  For his debut feature, writer-director Yeom Ji-ho has penned a thriller that Fantasia programmers describe as “an engaging, claustrophobic black comedy”.  Our hapless protagonist is trying to get into the local police academy for the fifth time.  After a night on the town, he awakens in a neighbor’s apartment with a dead body lying face down in a pool of blood.  Next Door is a single location film that is garnering praise for its carefully-crafted screenplay.  I’m always down for a smart, well-made crime film.

2.  LYNCH/OZ:  Documentarian Alexandre O. Philippe struck film nerd gold in 2017 with his film 78/52 that dissected the 78 camera set-ups and 52 editing cuts that resulted in the infamous shower scene in Alfred Hitchcock’s Psycho.  In his latest cinematic exploration, Philippe examines the ways in which the surreal films of David Lynch intertwine with the Wizard of Oz.  As with 78/52, the theory behind the film alone is enough to garner my interest.  One of my favorite filmmakers of all-time meets my favorite childhood film.  Sounds like a great time at the theater.

3.  RESURRECTION:  I’ve been kicking myself since Sundance 2022 that I missed this film starring Rebecca Hall, Tim Roth and Grace Kaufman.  Hall can be the best thing in a good film (The Night House) or the best thing in a great film (Christine).  Either way, if she’s in front of the camera, I’m checking it out.  Throw in Tim Roth, and my expectations are running high for this psychological thriller from writer-director Andrew Semens.

4.  COMPULSUS:  Film history is littered with movies made by men about men exacting revenge on other men for the evil acts perpetrated against a woman.  The female presence in those films simply serves to give the “good” men a motive to hunt down the “bad” men. Little thought, concern or agency was given to the female victim.  She was simply a pawn on a cinematic chess board.  Compulsus is the feature film debut from Tara Thorne about a female poet named Wally who wants to help women who are victims of domestic violence and sexual assault.  Only Wally isn’t interested in starting a support group or fund-raising.  Her methods are a little more … direct?  Compulsus sounds like it’s treading ground similar to Emerald Fennel’s Promising Young Woman (2019) and Coralie Fergeat’s Revenge (2017), but I’m looking forward to seeing what Tara Thorne has to add to the conversation.

5.  HEAVEN: TO THE LAND OF HAPPINESS:  A man who stole medicine he couldn’t afford escapes from a hospital with a man who only has two weeks to live.  This certainly sounds intriguing, but sometimes pedigree can sell you on a film as much as the narrative.  South Korean filmmaker Im Sang-soo (The Housemaid) directs this touching tale of redemption and friendship starring Park Hae-il (Decision to Leave) and Choi Min-sik (Oldboy).  That talented trio alone is enough to pique my interest.  The fact that the film has played the Cannes Film Festival and opened the 2021 Busan International Film Festival simply confirms my gut reaction to this release.

6.  NEXT EXIT:  I love a good genre mash-up.  The programmers from Fantasia 2022 describe Next Exit as “equal parts ghost story, misfit road movie, speculative science fiction and tragicomedy.” Dr. Stevenson played by Karen Gillan (Oculus) has perfected a new technology that allows investigators to identify and track the dead in the afterlife.  Dr. Stevenson recruits two strangers to help further her research, and they embark on a road trip across America.  Fantasia 2022 is the international premiere of this debut feature film from writer-director Mali Elfman.

The Fantasia Film Festival 2022 runs from July 14th through August 3rd. Check back for our continuing coverage of the festival…