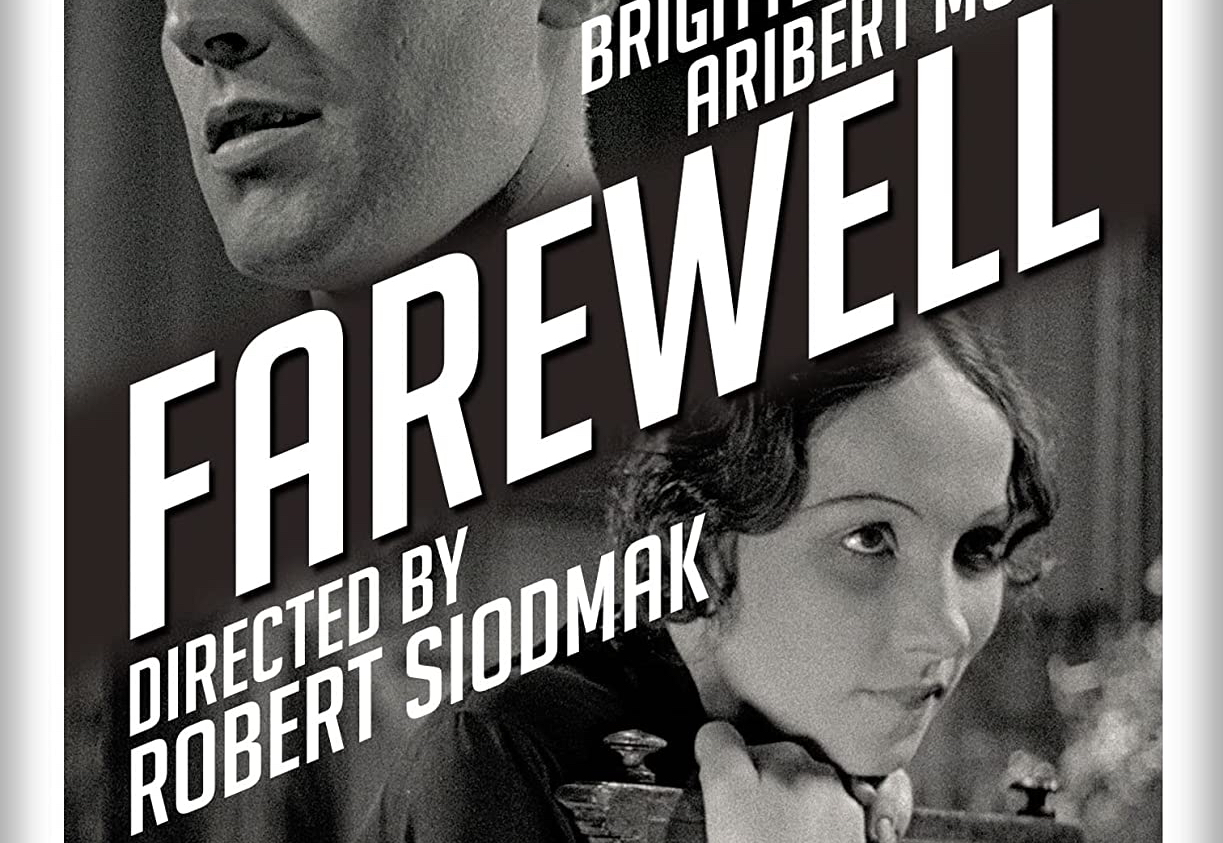 Farewell is another Pre-War Robert Siodmak film that Kino Lorber has released beautifully on Blu-Ray.

Many find older films oblique, even further a film in a foreign language.  Part of the beauty and shock that will come to anyone is how Farewell is a fairly modern and astute film.  One that many will find translates well to our current era.  Much of the film’s cynical view of human nature is still very relatable and all too present.

Director Siodmak and screenwriters Emeric Pressburger and Irma von Cube have crafted a story that isn’t just cynical its truthfully cynical.  It isn’t that Peter was dumb enough to share the good windfall with his fellow residents.  It is that everyone has an opinion about the matter or sees it as an opportunity to advance themselves.  It isn’t socialist, “one wins we all win”, but crass greed of trying to angle things out of Peter as he is leaving.

Slightly melodramatic but sharp and witty enough to make its points without any sort of comment.  Farewell at its core sees innocence and good fortune obliterated by those that do not have it.

As with any transfer done from a film of this era it can be tricky.  Kino has been given a lovely transfer from Murnau Stiftung directly from Germany.  Anyone that loves the Black and White of the 1930 (which differs from the 40s and 50s) will be delighted to see this wonderful transfer.  There are scratches, pops, and dirt throughout but that’s to be expected.  Regardless of those small issues, the image is handsome and sharp.

The new commentary by Historian Anthony Slide begins his discussion with the fact that this is Siodmak’s first film and a screenplay by Emeric Pressburger (of Powell and Pressburger).  Some of the details include the sound design, a discussion of the various actors cast in the film and history around them both in film and politically, the rise at the time of German Naturalism, a history of Siodmak’s personal and professional career, the discussion of the rise of the Nazi party and how this affected the various cast and crew, and much more.  Note there are a few moments of silence that shouldn’t bother anyone because of the wealth of knowledge that’s provided in the commentary track.  Slide does a wonderful job of giving us context/history for every actor and the whys and how’s it Siodmak’s first sole production was produced.

Alternate “happy” Ending – tacked on at the end of the film after the original ending plays out.  A queue card appears followed by a bar scene where things are wrapped up with a pap “they lived happily ever after” from other characters NOT Peter or Hella.

Farewell is a vital piece of early German cinema.  Recommended!!!

Kino Lorber’s Blu-Ray Edition of Farewell is out now