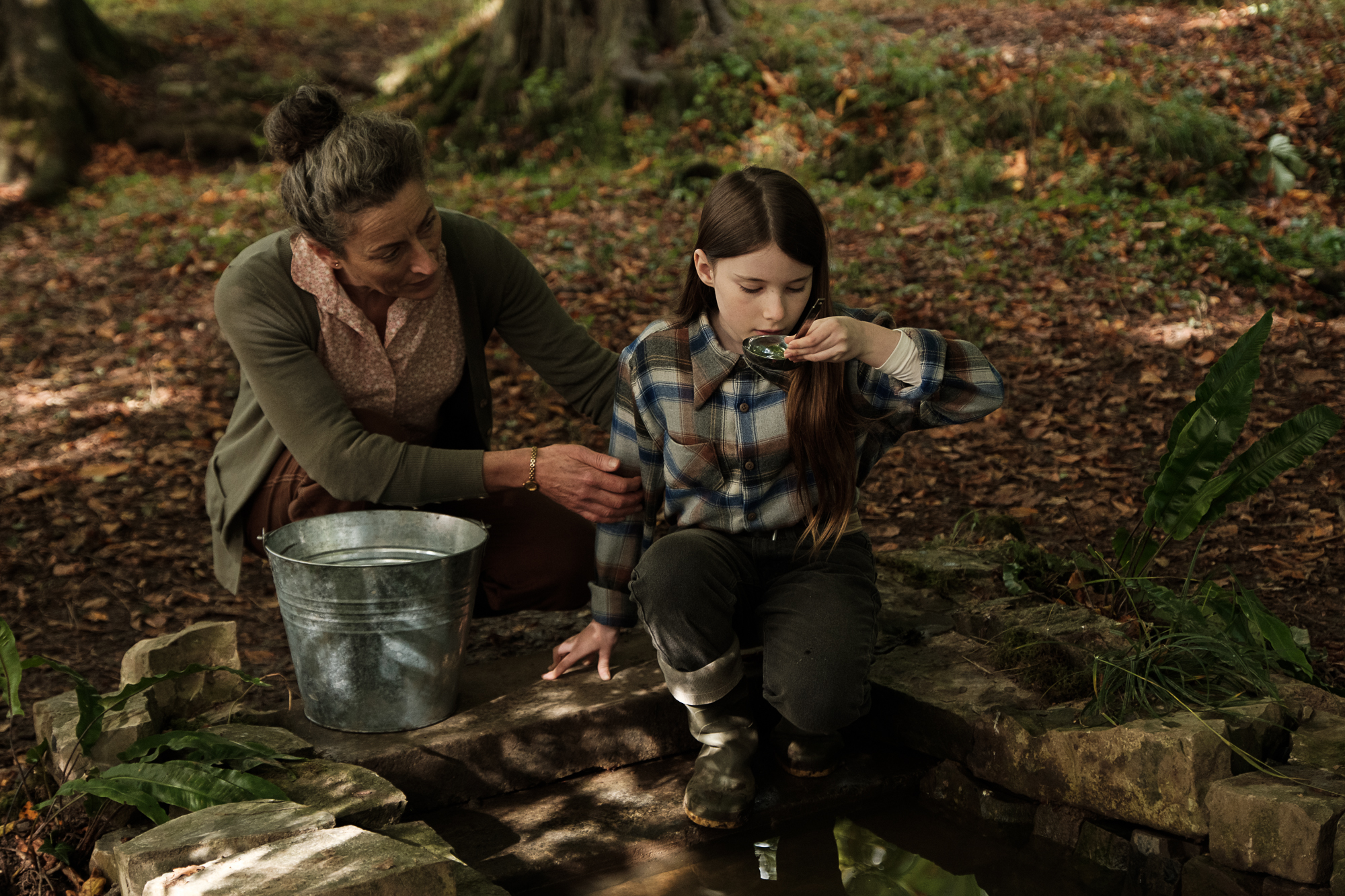 A triumph for the Irish film industry. The Quiet Girl is a gentle gem of a film about childhood, family relationships, and grief. Don’t miss it!

Ireland is a small film-making nation, but it has a steady stream of film releases throughout the year. Few, though, are in the Irish language and it’s worth remembering that it is still a living language which people speak. And so to have a new film in the language which is also an accomplished and quietly emotional piece of story-telling is a real treat.

It is 1981 in rural Ireland, and nine-year-old Cáit (extraordinary debutante Catherine Clinch) is sent away from her large, dysfunctional family to spend the summer with distant relatives. After awkward beginnings, as they get to know each other, Cáit settles into their home and care but soon learns that, in a place where she was told there were no secrets, there is still one thing which remains unspoken.

Cáit is a quiet girl, who has learned early in her life to say little – but she observes a lot, and The Quiet Girl is told from her perspective. From being the low profile child surrounded by loud older or baby siblings in her own home, she becomes the focus of care and attention from her new foster parents Eibhlín (Carrie Crowley) and Seán (Andrew Bennett), and an item of curiosity for the neighbours. Eibhlín and Seán work hard but are relatively comfortable and lack very little – yet there is something missing; is this a gap which Cáit is supposed to fill?

The Quiet Girl focusses on familial relationships, particularly those where parental care is crucial to child development, and also on how grief affects individuals and families in different ways. It’s a film which looks deeply at emotions, but not in an emotional way – it gently observes daily family interactions until gradually the complexities and underpinning forces of the relationships become apparent. It also captures the cadences of an Irish rural community – particularly in the early 1980s – without bowing to any stereotypes. This is an Irish film made by and with Irish creativity, not a film set in Ireland; there’s a difference.

Although she says little, the film is entirely held together by the presence of young actor Catherine Clinch. She is quiet without being passive, able to show that she is absorbing what is happening around her like a sponge. It’s so impressive what Clinch is able to do on screen, and her calm charisma connects with the viewer immediately.

This gem of a film may well turn out to be a classic of Irish filmmaking – from the writing and directing to the acting and cinematography, it’s simply one of the best films I’ve seen so far this year.

The Quiet Girl is available in cinemas and on Curzon Home Cinema from 13th May 2022.