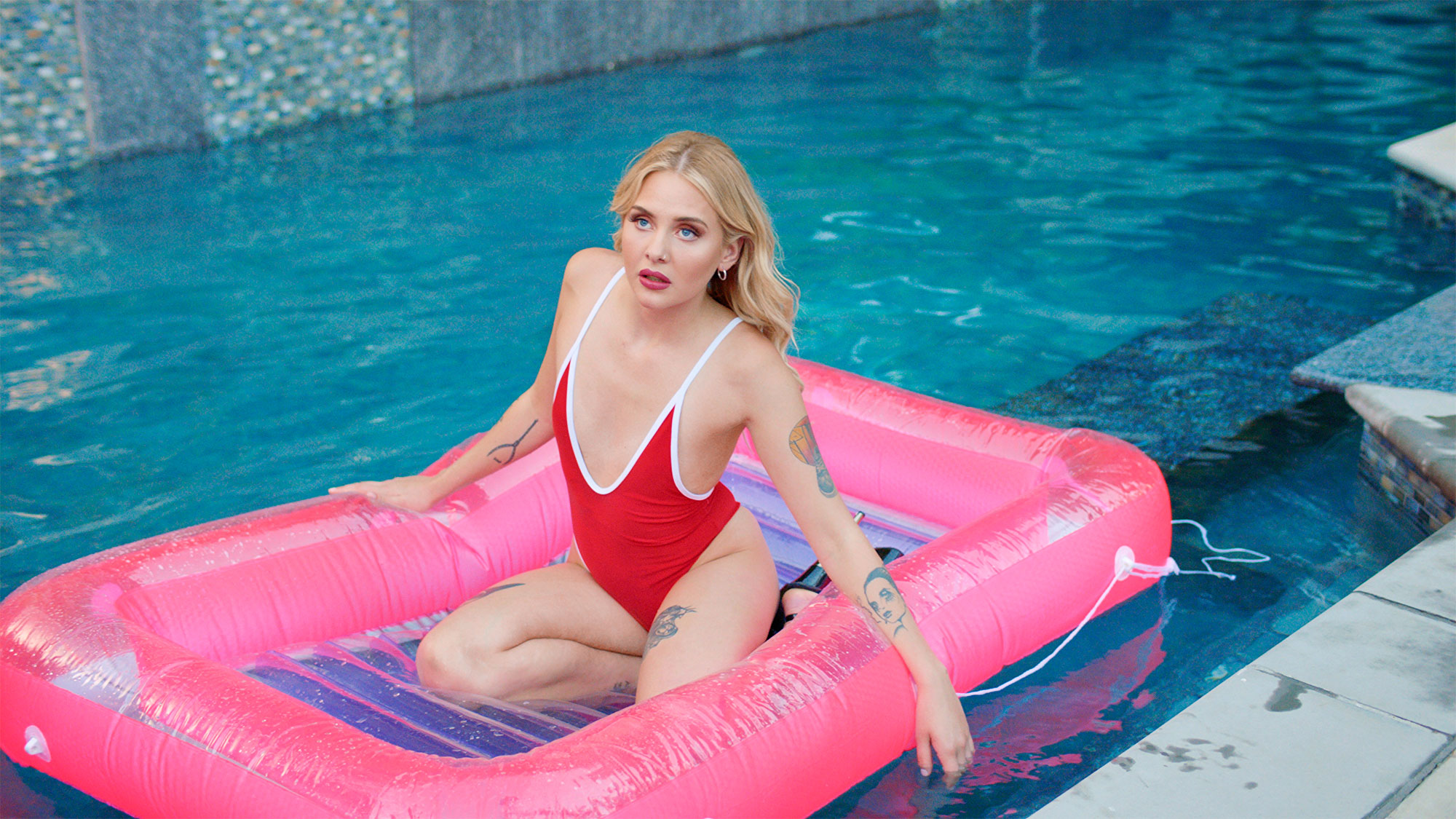 Note this film is unrated and features graphic depictions of sex.

Hardcore, Boogie Nights, 8mm, Lovelace, and Orgazmo all dive into the sex industry and specifically the world of Pornography.  With the exception of Orgazmo, films often show the seedier darker side.  Making polemic statements about how terrible this particular kind of sex work can be.

Enter Ninja Thyberg’s engrossing and fascinating Pleasure. Rather than a film about the loss of innocence or some sort of piece of a young girl’s soul, Thyberg’s film creates a level-headed look at sex work.  Specifically, the emphasis on the “work”.  The film charts the rise of Bella Cherry (Sofia Kappel) from Sweedish Fresh Face to Superstar in the Adult Film Industry.

Thyberg’s script, co-written by Peter Modestij, is about the edges of the stage.  The things that people never see.  Contracts, douches, make-up, hair, shaving, down time, all of it portrayed with a level of respect and dare one say with respect for an industry that gets zero.  Make no mistakes it does not shy away from the darker issues of the industry, but it never dwells on it.  Bella Cherry’s journey is one of consent and of exploration.  Pleasure doesn’t tell you that Bella comes from a troubled past.  She jokes about it at one moment when someone asks her why got into Porn.  Cherry after joking admits that she likes sex and needed a change of pace.

As revelatory as Pleasure’s positive outlook on sex work is the casting of Adult Industry talent in lead roles is as arresting.  Though many will deny knowledge of these actors’ work there is no denying the talent behind these performances deserve credit.  The entire cast is uniformly great.  Not just Kappel and co-star Revika Anne Reustle but Dana DeArmond and Kendra Spade as Bella’s fellow models/performers living in the model house to charming and warm work.

There’s a lived-in way that each of the performers brings their characters to life.  Just as good are the male performers that take on some of the cliché stereotypes people have about the talent.  Jason Toler, Chris Cock, and Lance Hart all do interesting work as some of the men that Bella works and interacts with.  Again, even the characters that live up to certain clichés are never stereotypes in Thyberg’s able hands.

Many will dismiss Pleasure because of its depiction of nudity and sex.  They will say it is nothing but a display of exhibition.  Those critics are not looking close enough at what Thyberg has created.  Pleasure is a film that makes the most radical of notions that “sexiness” isn’t in sex work. That sex work is just that work.  Work with all the pettiness, stress, triumphs, and failures that come with any other type of work.

Pleasure is one of the most grounded depictions of the adult industry and should not be missed.

Pleasure in theaters May 13th