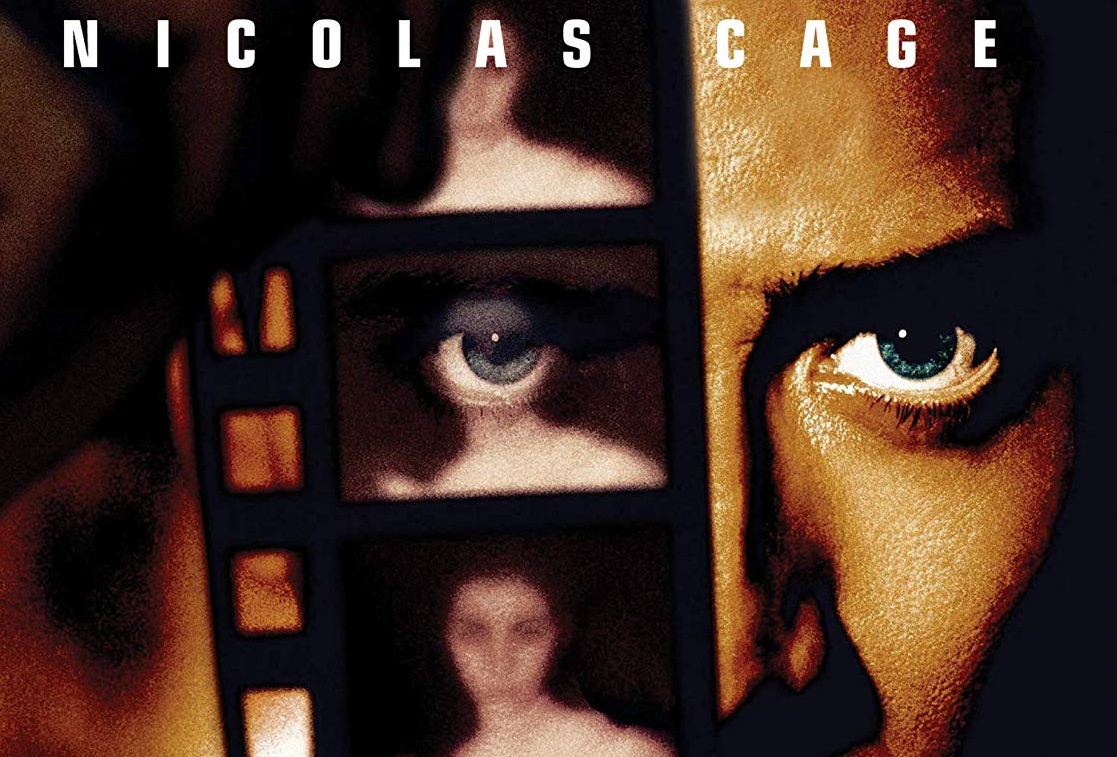 Adam dives into the grit and grime of Joel Schumacher’s under appreciated 8mm.  Scream Factory has released a great new Collector’s Edition

We could sit here and debate the merits of the career of Joel Schumacher. I’m not going to. Why? Unlike many, I have nothing but love for the man and his truly impressive filmography. 8mm is one of the films unjustly maligned at the time. Unjustly, because at its core 8mm is a great little crime noir with bite. That bite comes from the script by Andrew Kevin Walker.

Private detective Tom Welles (Nicolas Cage) makes his business in the disgusting habits of the Rich and Elite. Without judgment and discretion, he applies his trade. It is with this sort of conduct that Welles has finessed through the rank and file to be recommended to Daniel Langdale (Anthony Heald) the “Attorney” for Millionaire Widow Mrs. Christian (Myra Carter). Their task for Welles is to find the young girl in what appears to be a snuff film. The P.I.’s dogged pursuit of the girl and eventually her killers are at the heart of this downward spiral into Dante’s Inferno.

Much like Paul Schrader’s Hardcore, 8mm is a pious man’s descent into filth and grime and what that does to a person. Though this film is more concerned with the loss of the young girl rather than a Searchers-style manhunt into the world of porn at the center of Hardcore.  8mm is concerned with how Welles continues to push away from his family and life because of the darkness he finds.  Like he wants to both avenge this forgotten young girl but also protect the ones he loves… which are not mutually exclusive as the film unfolds. Both deal with redemption in very different ways and would play perfectly as a complementary double feature.

Cage is at his very best in this era of his career. A more subdued performance finds Cage in Movie Star mode.  Far from the heights of 2018’s Mandy, there are still powerful moments in Cage’s performance.  The scenes of Welles confronting what he must do, asking for permission to do those deeds are stunning. We rarely see or discuss moments of solace and guilt over violence and here we see them unfold.  As Welles, the actor makes them the heart of his performance.  Rarer still are stars like Cage allowing such a scene in any film they make (including Oscar Bait films).

Schumacher directs the film with a methodical pace. This allows for 8mm to be more than the run of the mill “action thriller”. Like his brilliant Falling Down, 8mm plays out with a fatalistic sense of inevitability. We know how the film is going to end, its Schumacher’s direction that keeps us watching / intrigued by this disgusting world. The film may not be for everyone, but for who it does they are in for a truly underappreciated dark violent drama.

Sony has provided an already existing transfer.  It’s good, not great.  The Grain structure is not as refined as more modern transfers, this leads to digital noise on the brighter points in the film (e.g. flashlights, beams of light, the sun).

The archival Audio Commentary by Schumacher from the original DVD release is still a solid “nuts and bolts” track.  Schumacher has always been an informative commentary host, here is no different.  Much of the commentary is screen-specific but he always manages to provide fascinating tidbits about the production, his views on directing and navigating the studio system.

8MM In 35MM is a newly recorded 40-minute interview with Schumacher.  The director manages to discuss even more anecdotes from making the film like his first choice was Russell Crowe (at the time Crowe was not a star), to how he cast Joaquin Pheonix, to the editing from an NC-17 to an R-Rating.

The vintage behind-the-scenes featurette is a 7-minute long EPK on the film featuring on-set interviews with Cage, Pheonix, Schumacher, and Anthony Heald.

Rounding out the extras are a Trailer, three TV Spots and a Still Gallery.

8mm definitely deserves a reassessment by film fans.  Fans of the film will be pleased with Scream Factory’s Collectors Edition.  Recommended.

Scream Factory’s Blu-Ray of 8mm is out January 8th