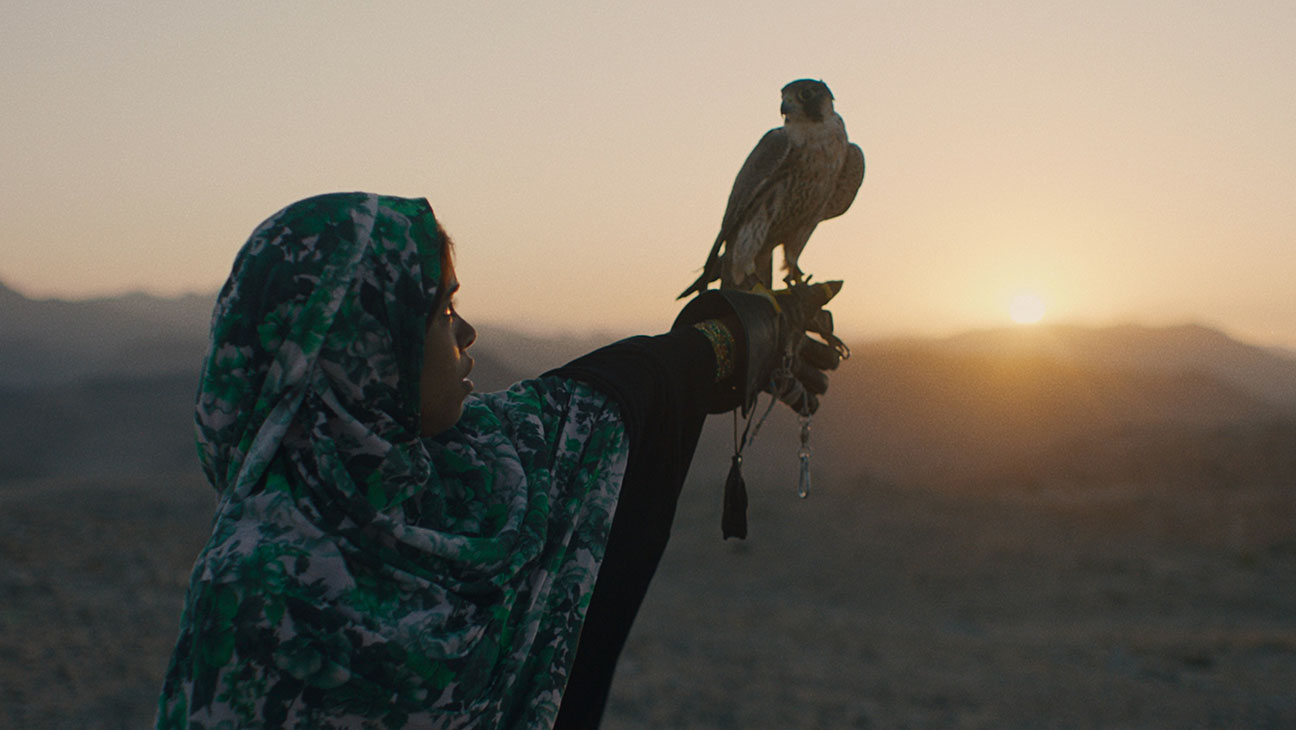 Two young men from very different backgrounds have their friendship severely tested by, of all things, a bird of prey. The Falconer is in competition at Manchester Film Festival.

There’s a world of difference between the family circumstances of teenagers Tariq and Cai, but they have known each other since they were very young and are close friends where they work together in Muscat, the capital city of Oman.

Tariq (Rami Zahar) lives with his father and siblings – his mother has died and dad is worried about making ends meet. Cai (Rupert Fennessy) is a Westerner, pale-skinned, and always with a skateboard, who speaks fluent Arabic and lives with his parents – both academics – in a wealthier part of town.

Shortly after attending the wedding of Tariq’s sister Alia (Noor Al Huda), they learn that she wants to divorce her husband due to his brutal behaviour, and Tariq sees no option but to sell some of the animals from the zoo where they work in order to raise the necessary funds.

The whole story is based on true events which took place in Yemen and had the collaboration of the (now fully adult) men and woman at its centre. It weaves together a multitude of themes, from friendship across cultural differences, through animal conservation and care, to the position and expectations of women in society, and all seen through the lens of these two friends.

The Falconer is an absolute delight to watch, and opens up a whole new world to any viewer – and also possibly serves as a great picture postcard for the country’s tourist industry too because it is beautiful. Captured by cinematographer Nicholas Bupp, whether it’s the mountains, the sea, or the plains, everything looks stunning. There’s a moment where the falcon is held high on a gauntlet atop a mountain with the sun shining behind her which absolutely took my breath away.

But it’s the friendship between the two young men, and their attempts at training the falcon, which is the heart of The Falconer. This is a first acting credit for both Zahar and Fennessy, and I would be surprised if it is the last. The warmth of their relationship beams from the screen, and they inhabit their characters with such ease and authenticity that it is heartbreaking when they have a falling out. Kudos also for the way in which they have clearly invested time in learning how to handle the falcon and other animals so that everything appears seamless.

The Falconer is an unexpected gem of a film, and I hope to see more from its young cast before too long.

The Falconer is in competition at Manchester Film Festival 2022.