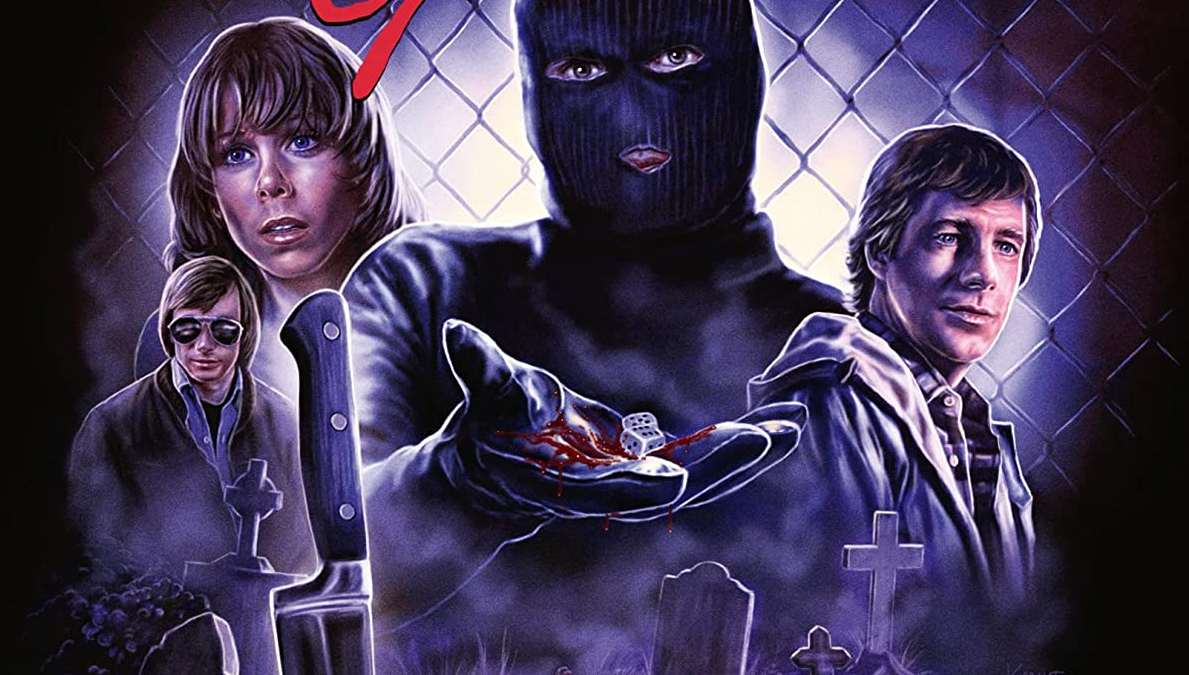 Man, the 1980s were a strange time.  More so for horror films in the early part of the decade.  Many have this romantic notion that any Slasher that came out during this era was received with some sort of revelry.  In fact, it was the opposite.  Most of the slashers that were released were pushed into obscurity.  Even VHS could not resurrect most of these films. With good reason too.  Most of these horror films and specifically the slashers that were made as crass cash-ins hoping for Halloween-style hits.

Yes, a crass cash-in but unlike the countless others … it’s a solid albeit strange amalgamation of other genres to create a film that’s as much a spiritual cousin to the original My Bloody Valentine and Fade to Black.  The result is a film that makes choices that don’t adhere to the slasher genre but creates a milieu that feels more 70s drama than horror.

The set up is simple.  A serial killer is hunting down women in an unnamed area of Los Angeles (hint; it’s the San Fernando Valley and Topanga Canyon).  His newest victim is tied to a group of friends, whose sister Linda (Alexandera Morgan) happens to be a Reporter.  Smelling a story, she investigates and ingratiates herself into her sisters circle of friends.  As the bodies pile up Linda see one of the friends, married police detective Roger (Sam Groom).  The relationship is complicated by Billy (Steve Railsback), Roger’s buddy who suffers from PTSD and health issues from their tour in Vietnam.  As this makes for a complicated relationship the killer parallels begins to stalk Linda as the next victim.

The film does deliver on the promise of a slasher.  They even manage to get the iconography correct with the killer.  Even the set pieces manage to be appropriately stylish and scary.  Everything leads to a truly tragic, not surprising, finale.  Though a daring final moment that can’t help but make one wonder why Deadly Games never found a huge cult audience.

The brand new 2K restoration from the original camera negative is nearly flawless. The sharp handsome image is an upgrade to the VHS, but my guess is even the 35mm release prints that were produced.  There is a healthy amount of grain during the night scenes but that appears to be an effect of the work of cinematographer R. Michael Stringer rather than any sort of issue.  In fact, the grain throughout gives the film a beautiful patina that feels beautifully 1980s in the best way possible.  Arrow Video has done it again.  Taking a title of minor infamy and giving it all the care and attention, the picture needs to bring it back to life in a way that it was never alive.  Bravo!!!

The all-new audio commentary with The Hysteria Continues.  The podcast team of Justin, Eric, Joseph, and Nathan discusses this very unusual film beginning with the opening title sequence and odd choice of font and oddities that continues throughout the film’s runtime. Some of the details include its influence on Wes Craven’s original Scream and this film’s opening sequence, the usual nature of the setup with the swinger sex scene, the older group of victims and characters, Joanne Harris work on the Simpsons, possible alternate casting that almost happened, connections between slasher films and soap operas, football star and actor Dick Butkis, the sexual undertones of the piece with the males, the work of actor June Lockheart, how the film was produced and where the film’s budget came from, the influence of Giallo on this film, the influence this film had on modern horror films, the work of Steve Railsback, the behind-the-scenes crew work on the film, and much more. The Hysteria Continues group continues their great commentary work with Arrow Video with this little seen slasher. They’ve managed to fill the track with production information, deeply researched information, and personal anecdotes all make for a relaxed entertaining and informative track.

Sooty’s a Sh*t (24:15) – is an all-new interview with actor Jere Rae-Mansfield.  Beginning with an admission that she’s died in every Aaron Spelling TV Series, Rae-Mansfield is a delightful interview as she discusses the making of the film.  Some of the details includes how the original title came to be, the change of the name, the original board game they used in the script, how she got the role, working on the production, how she worked with Sam Groom, deleted footage, and an alternate cut, when they shot the film, the difficulty shooting and losing her death scene because of the production, personal anecdotes about director Scott Mansfield who she eventually married, why she and Mansfield opened a Distribution and Production company, and much more.

Practical Magic (21:39) – is an all-new interview with special effects and stunt coordinator John Eggett. The affable Eggett begins by letting us know that he’s very nervous in front of the camera and discusses how he joined the military became a truck driver and eventually an accident on a movie set that got him into stunt and FX work.  Some of the details include his first film which was a grindhouse film called Gas Pump Girls, how he got the job on Deadly Games, how they achieved the drowning kill, how he watches movies as someone who makes movies, the discussion of the final stunt, and much more.

Original Trailer (1:58) – appears to be a RED BAND trailer with the amount of nudity and violence in it.

Original screenplay under the title Who Fell Asleep – is accessible via BD-ROM if one has the ability to run on their computer.

Deadly Games is a rare breed of a little-seen 80s Slasher.  Arrow has done right by it.  Highest Possible Recommendations!!!