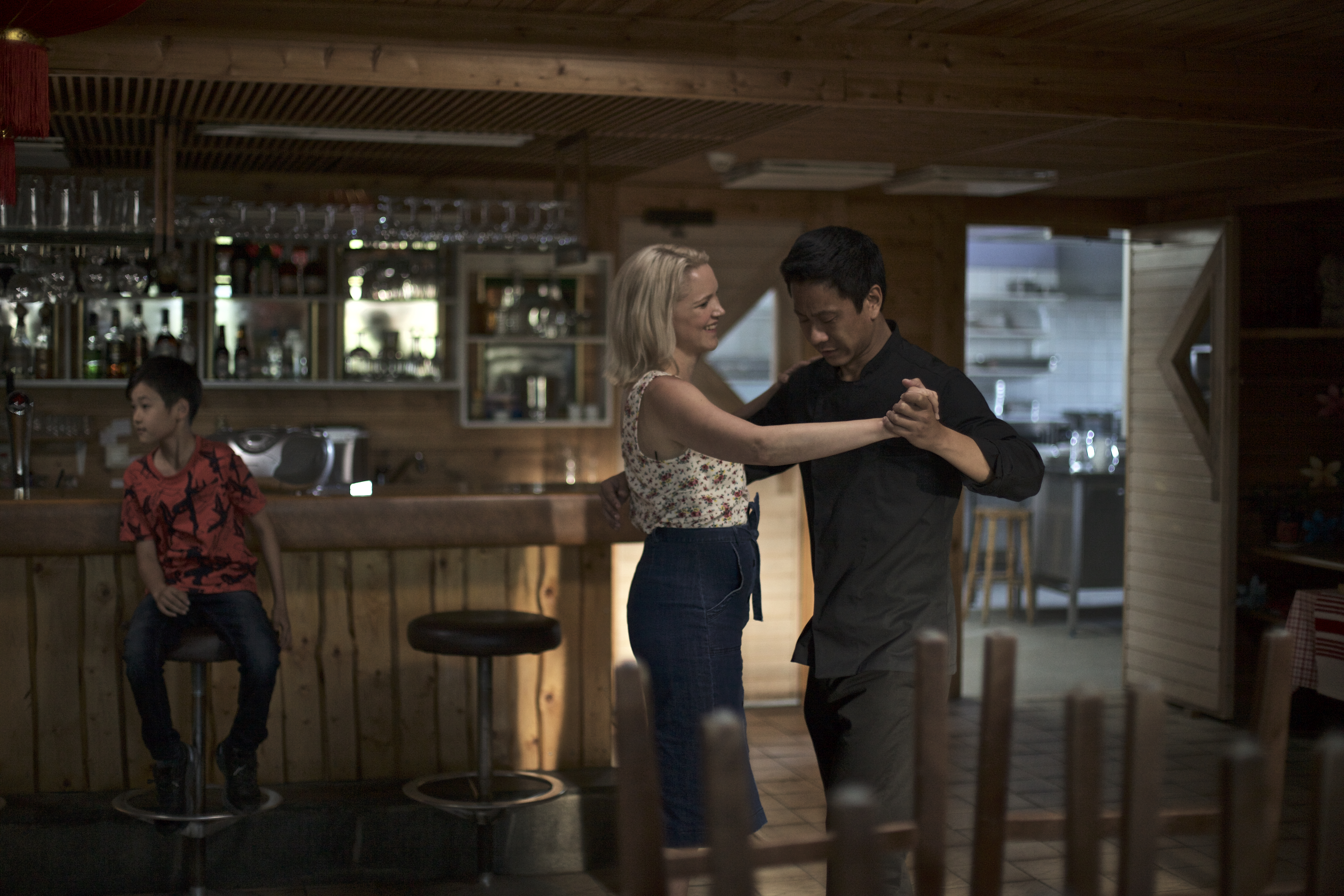 An unexpected meeting of two cultures – Chinese and Finnish – in a remote Finnish village is the setting for the delightful and heart-warming romantic drama Master Cheng.

Master Cheng, from Finnish director Mika Kaurismäki, is a delightful, uplifting romantic drama which manages to follow all the rules of the genre without feeling like a cliché.

The eponymous Cheng (Pak Hon Chu) arrives in a remote Finnish village with his young son Niu Niu (Lucas Hsuan) searching for the mysterious ‘Fongtron’. They camp out in the local eatery run by Sirkka (Anna-Maija Tuokko) in the hopes that someone can assist, but neither Sirkka, the police, nor any of the craggy locals who frequent the place are able to help.

Seemingly stranded and not knowing what to do yet refusing to give up, Cheng finds himself offering to help Sirkka when a bus full of Chinese tourists unexpectedly lands at her restaurant door. Cheng’s cooking soon has positive effects on the community and the mutually supportive friendship between Sirkka and Cheng blossoms.

It’s not too much of a stretch for viewers to work out broadly what will happen by the end of the film, but Master Cheng manages to tread its path without being schmaltzy. Good food as spiritual and physical healing is a recurring theme, as is companionship and friendship in trying times.

Despite Cheng’s initial reserve, his son’s difficulties integrating, and the apparent grumpiness of the locals in general, they gradually become accustomed to each other and adapt to the differences with good humour. There are unexpected commonalities between Cheng’s eastern philosophy and the wisdom of the Finnish elders, and some beautiful moments of music as cultural exchange on a boy’s day out.

Set in stunning Finnish scenery with open skies and long, bright evenings, Master Cheng is an unexpectedly heart-warming story. It won’t change your life, but it is charming and wholesome, and – like a bowl of noodle soup – will leave you with a warm and cosy feeling.

Master Cheng will be released in UK cinemas on 11th March 2022.