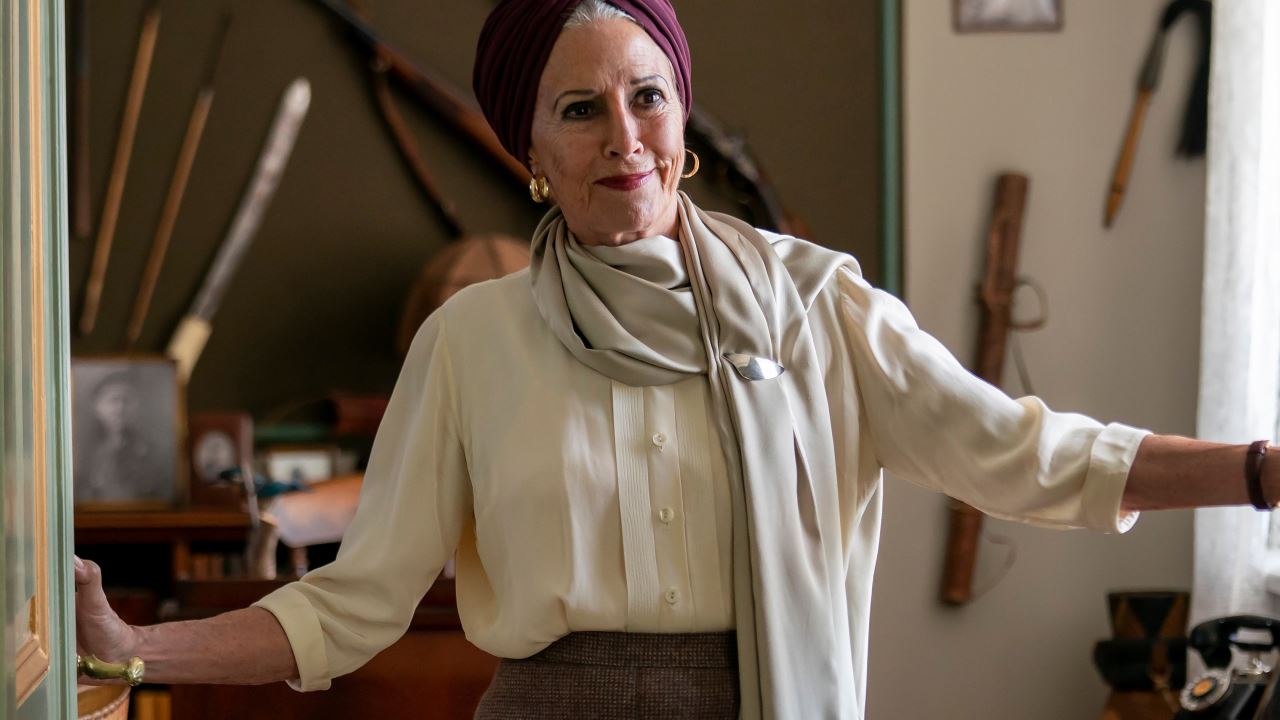 Based on the memoirs of a young Danish poet whose life intertwined with that of author Karen Blixen in the late 1940s in Denmark, The Pact asks: how far will you go to achieve your ambition, and at what cost?

Directed by award-winner Bille August (Pelle the Conqueror) and based on the autobiographical writing of young Danish poet Thorkild Bjørnvig, The Pact explores what can only be described as an emotionally abusive ‘friendship’ between Bjørnvig (Simon Bennebjerg) and renowned author Karen Blixen (Birthe Neumann). The older woman is perhaps most famous for her memoir Out of Africa and her story Babette’s Feast, both of which were adapted into award-winning feature films.

In Denmark, in 1948, the talented but struggling Bjørnvig is surprised to receive an invitation to visit Blixen in her country residence, and nervously attends. This is the beginning of ‘the pact’, an agreement on the part of each of them to trust the other unconditionally. Bjørnvig will receive the space and guidance he needs to ensure that he achieves his ambition of becoming a successful writer, and in return, Blixen will get … well, it’s not immediately clear what she will gain from the agreement, but before long it becomes evident that she wields the power in the relationship, and Bjørnvig needs to decide how much he is prepared to sacrifice to be successful.

Blixen is a complicated figure, both pitiable and unlikeable at the same time, and Birthe Neumann’s portrayal treads that fine line exquisitely. Clearly ailing and ageing, Blixen is a Mephisto-style character offering greatness in exchange for the soul and devotion of an artist, yet without openly making demands of her protégé. She holds the view that anyone with an artistic gift is duty-bound to pursue it to the exclusion of all else, and that personal happiness should not get in the way. Bjørnvig’s struggle to decide whether he shares that view puts their imbalanced and emotionally abusive relationship under repeated strain, and impacts dramatically upon the lives of several others, among them his wife Grete (Nanna Skaarup Voss) and social acquaintance Benedicte (Asta Kamma August).

Blixen’s insidious influence on those around her is experienced amid the formality of her isolated home, and therefore the extent of the power imbalance is not immediately obvious. But there are strings, and she is definitely pulling them – but to what end?

The gentility of the post-war setting looks beautiful on screen, with delicious costumes and tasteful décor, against the backdrop of gorgeous Danish scenery and sunshine. But it belies something more desperate on the part of the two protagonists, and the consequences of choice demand to be faced.

The Pact opens in New York on 11th February 2022, and in Los Angeles and San Francisco on 18th February.