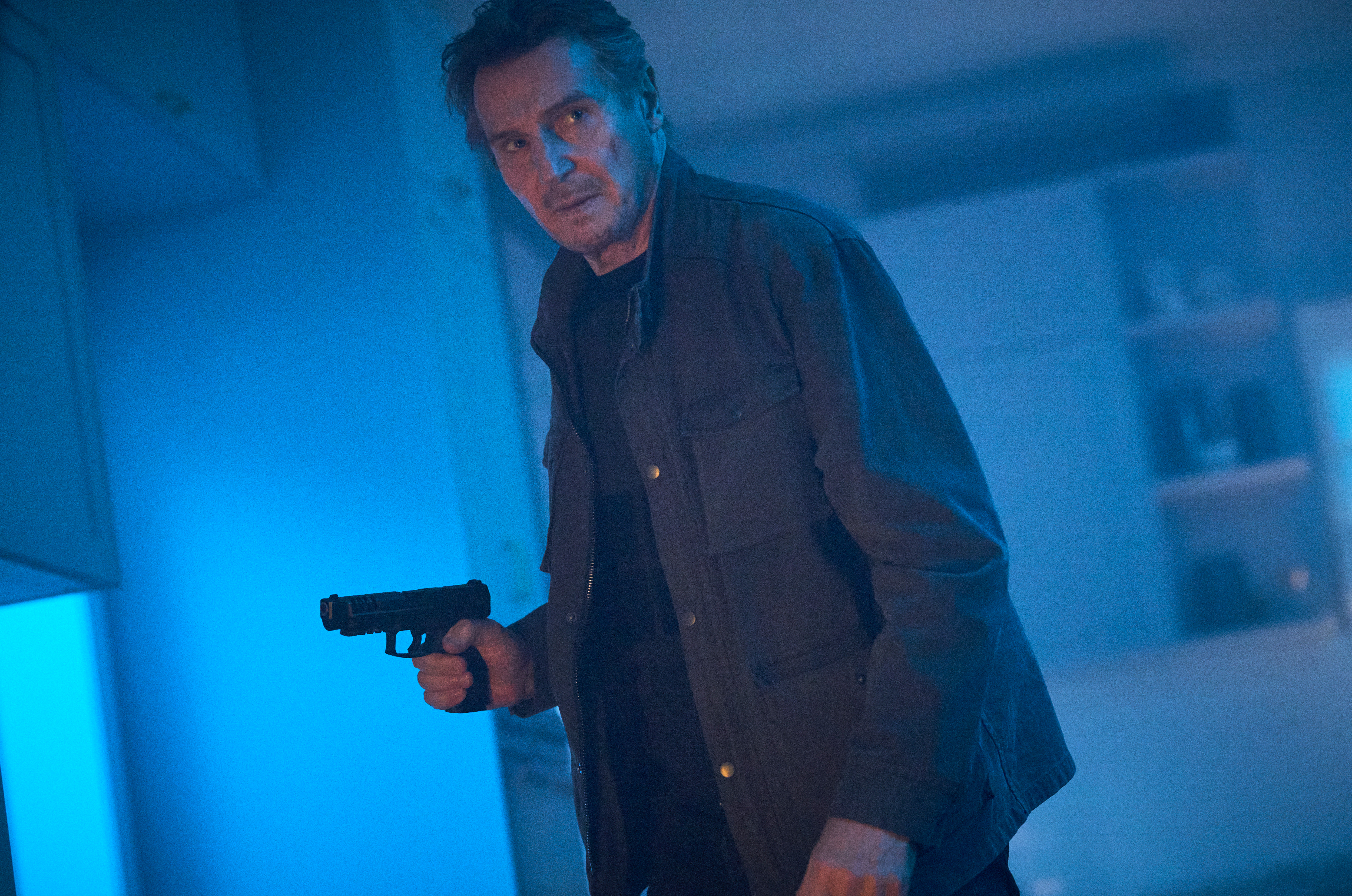 The Neeson’s (that THE Liam Neeson to you) is back in Blacklight.  This time he’s fighting rouge government agents that have made it personal.

Someone usually knows if they’re going to take the ride with a Liam Neeson picture.  There’s a formula to it all… Often times they’re elevated action thrillers with Neeson punching, throwing, shooting, and torturing dudes.  Said dudes are usually of the Eastern European persuasion. Sometimes note.  Always a part of some extremist group.  Usually, they made something very personal (loss or kidnapping of an important female in his life).

Blacklight shakes up the Neeson formula just enough to become an expertly-paced entertaining thriller that’s over before you know it.  This time Neeson is Travis Block a fixer for the FBI with a past.  Block has a tenuous relationship with his daughter and granddaughter.  The daughter is cautious of Block’s paranoia coupled with his OCD (new Neeson’s acting stuff!).  Travis is to bring in a deep-cover agent “Dusty Crane” (Taylor John Smith) for his boss the director of the FBI (Aidan Quinn as his most Quinn-ness). Of course, Block and the Director have a sorted very violent history (a ‘NAM story!). So, when Block does decide to do something about everything he’s in the middle of… it spells trouble for everyone (except Block/Neeson who is as sturdy as an Abrams Tank at this point).  All this with an intrepid journalist Mira Jones (Emmy Raver-Lampman) hot on their trails, when she’s not taking care of her doggo, uncovering all the sorted details!

Things go all to hell with lots of plot twists and turns, none you can’t guess if you’ve seen any 1990s rouge government conspiracy film.  Blacklight is designed to be entertainment “ripped from our current headlines”.  The film’s script by director Mark Williams and Nick May even uses a particular female Congresswoman as their “inspiration” for a character whose fate is as tasteless as anything the 1990s could conjure up.  It is that kind of film.

Neeson has become quite the cottage industry making these types of action thrillers at least twice a year to an enthusiastic fanbase.  Here he’s positively Chuck Bronson-esque in his invulnerability, smarts, wits, and tough-guy speak.  Travis Block does possess that “certain skill set” that almost all of Neeson’s characters to decimate the enemies before him.  Though Block is a character, is a grandfather who, in a bit of humor is teaching his granddaughter those skills (I cannot wait for Blacklight III where the granddaughter uses those skill sets to exact revenge on those Nursing Home Orderlies that abused the Neeson who’s now comatose).

The film ends in a tidy bow exactly the way you would expect.  The efficiency in which everything plays out is a testament to the lean direction by Williams (who co-created the Netflix sensation Ozark and directed Neeson in 2020’s Honest Thief).  In fact, the 104-minute runtime breezes past so quickly that even the most outlandish of moments or character beats never rise above a blip.  Blacklight is a solid entertaining throwback to the political thrillers of the 1990s.

Blacklight is only in theatres February 11th