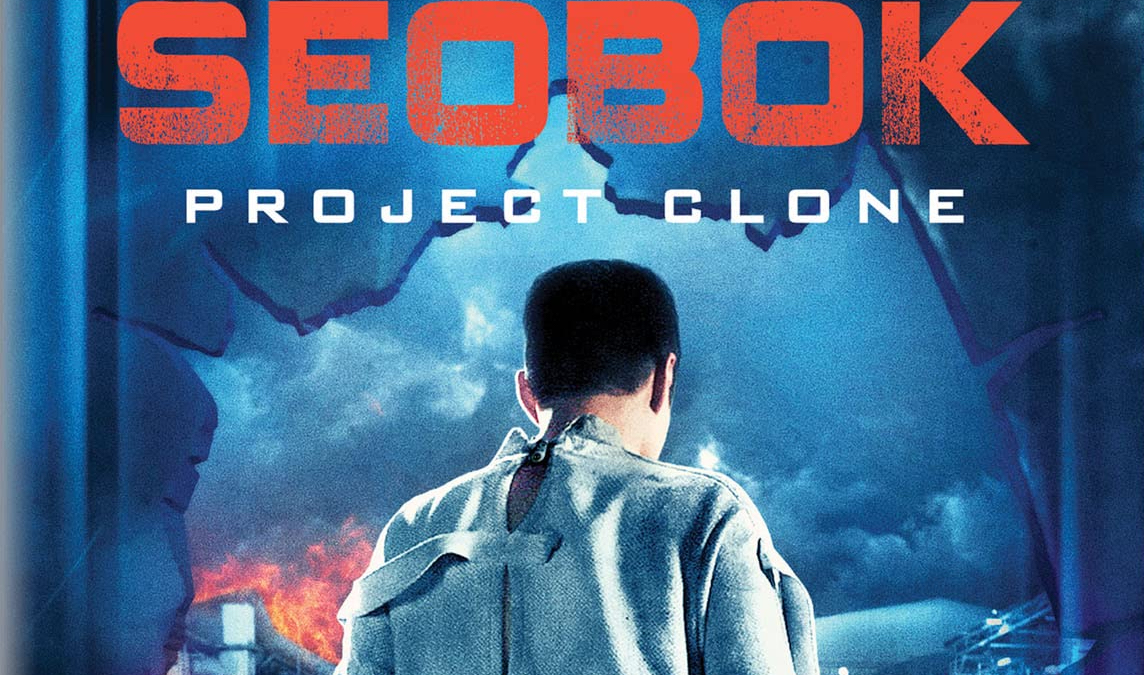 Seobok: Project Clone is a sci-fi action thriller with a surprising wealth of heart and emotion.  New on Blu-Ray from Well Go USA.

Director Lee Yong Zoo’s Seobok stars Goon Yoo and Park Bo-gum shine in this expertly crafted sci-fi action thriller.  One that may side-swipe you with its E.T.-esque wealth of emotion.

Ex-South Korean Intelligence Agent Min Gi-heon (Goon) has been given a second chance at life.  Min has done terrible things in the name of the state but now has the possibility of a new lease on life.  All he must do is protect the world’s first Clone Seo Bok (Park) as they transport him from one location to another.  Things quickly go wrong leaving Min to either protect or destroy Seo Bok.  With other interested parties wanting Seo Bok, Min’s mission of protecting the Clone becomes a moral quandary. That is if Min has any moral code left.

This sci-fi thriller has all the normal bells and whistles that one would expect from a glossy big-budget event film.  The action is as slick as it comes.  The FX work is impressively large scale.  The set pieces are designed for impact and velocity.  The way that director Lee Yong stylishly mixes the ground-level action beats and the otherworldly science fiction elements is sure to make plenty of fans.

Though, what elevates Seobok: Project Clone, its secret weapon, is the emotional arc and storytelling that is adroitly woven into the film.  The way that the origins of Seo Bok and Min and how they got to their respective endpoints is as critical to the film as any of the set pieces.  As the film’s midsection turns into a traditional road drama the film is the kind of smart turn of events that makes the section of the film a cohesive and vital part of the story. Without the artfully crafted story of brotherhood, family tragedy, guilt, violence, anger, and redemption Seobok: Project Clone would be just another high-concept low-intelligence programmer.

Seobok: Project Clone not only delivers on the high-concept action thriller plot but elevates it to something more.

The transfer provided to Well Go USA is near perfect.  The digitally shot film is gorgeous on Blu-Ray.  The image retains that filmic look especially during the night scenes, an issue that many digitally shot productions have but this one does not.  This is an all-around great-looking transfer that will please fans of the film.

Making Of (4:01) – featuring actors Goon Yoo and Park Bo-Gum and director Lee Yong Zoo as they together discuss the film itself, various aspects of production and the creation of the massive sets, and more.  The making of does feature some great behind-the-scenes b-roll footage.

The Characters (3:27) – is a featurette/EPK video that focuses on the characters and their situations in the film.  Narrated by star Park Bo Gum.