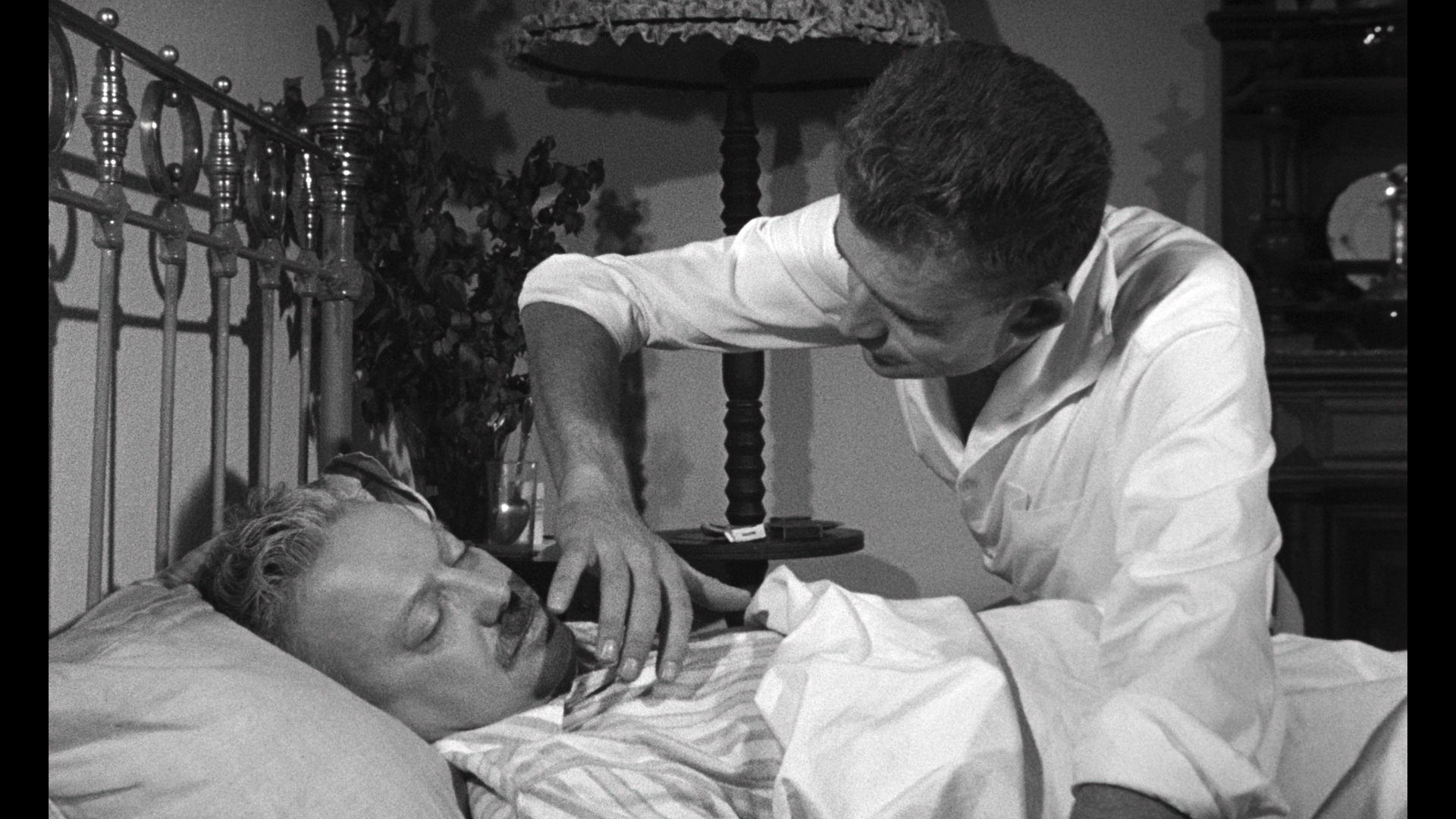 Primarily known as a documentary film-maker, American director James Blue’s only feature film The Olive Trees of Justice was shot under remarkable circumstances. On its debut in 1962, it was the winner of the Critics Prize at the Cannes Film Festival and now has a 4K restoration courtesy of Kino Lorber.

Shot in Algeria during the Algerian War, American James Blue filmed his only feature The Olive Trees of Justice on the pretext of making a documentary on wine-growing in the region. In reality, he was shooting the script of Jean Pélégri’s novel of the same name on the streets of Algiers and its rural surrounds, using largely non-professional actors.

One of those is Pierre Prothon who plays Jean, the son of a winemaker, who has returned from his life in France to visit his ill father (played by writer of the novel Jean Pélégri) in Algiers. Jean’s family are French settlers in Algeria, Christian not Muslim, speakers of French, not Arabic. And like most colonial settlers, he has had a privileged life compared to others. But his family is now living in more modest conditions and his return visit prompts Jean to reflect on his childhood and his feelings towards Algeria, the country he calls his own.

Prothon is a tall man, and this works to the film’s advantage. Blue’s documentary camera technique follows him from a distance as he walks through the crowded streets and market stalls of Algiers, and he’s easy to keep track of. Some of the passers-by notice the camera and give it a suspicious look as it progresses through the city, leading to a slightly unsettling feeling; others carry on about their business. Film viewers whose eye is momentarily distracted away from Jean will notice in the background security officers conducting searches on the public as they enter buildings, checking bags or even patting them down. This isn’t scripted or for effect – it’s a genuine reminder that there is a war going on, but it only adds to the disquiet.

Encounters with Algerian life, and conversations with his family, remind Jean of things from his childhood. These are told in flashback featuring wide pastoral shots and glorious sunshine, in contrast to the present-day suffocating humidity of his parents’ small apartment in the middle of the city. And while the memories are Jean’s, the differences between the privileged and the not are clear for the audience to observe. If everything were as fair as Jean’s father believed it to be, why is the country at war?

Of course, the various lives that Jean and his two childhood friends now lead shed some light. Jean had the opportunity to leave the village for an education in France, whereas those who did not have that privilege are now cleaners, or mechanics, or revolutionaries.

On its 60th anniversary, The Olive Trees of Justice is an exceptional piece of neo-realist cinema that has much to say about colonialism, but which is just as watch-worthy for the extraordinary dedication to film-making and story-telling during wartime.

The 60th Anniversary Kino Lorber 4K restoration of The Olive Trees of Justice opens at Metrograph in NYC on 21st January 2022.