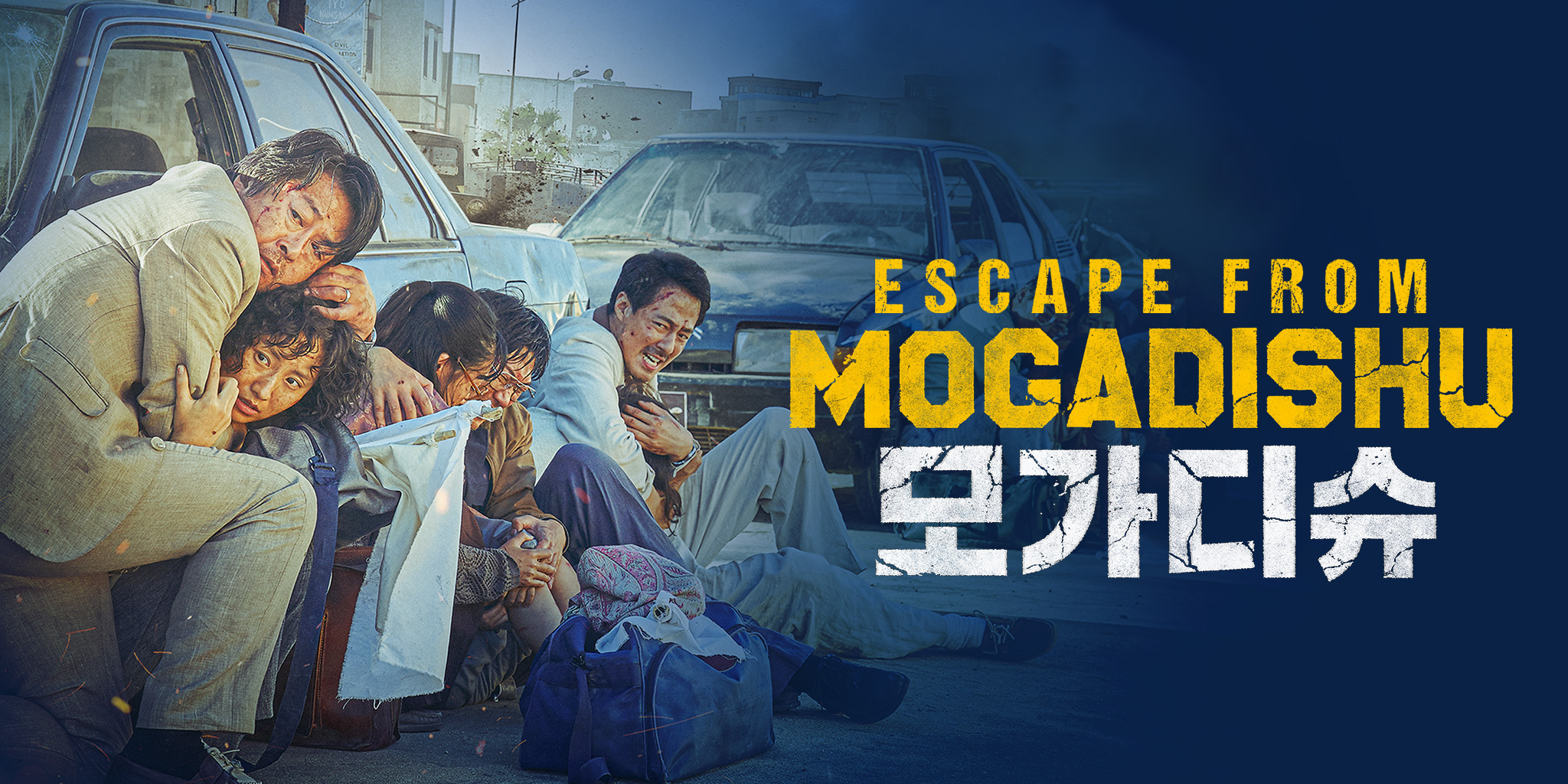 The taunt thriller Escape from Mogadishu teams North and South Korean Embassies together to survive the Somalian civil war in the early 1990’s.  New from Well Go USA.

Writer/Director Ryoo Seung-wan’s tense action thriller Escape from Mogadishu is a throwback to the thrillers of the 1990s where explosive political conflict is fruitful ground for human drama.  Acting Legends Kim Yoon-seok and Heo Joon-ho star as the North Korean and South Korean Ambassadors that must stop their teams from fighting one another long enough to get out of the country alive.

The film is a fictionalized account of the two different Korea’s attempting to get admittance into the UN.  Both North and South have sent all their Ambassador’s Teams to “wine and dine” the various countries.  Han Sin-seog (Kim) is the south’s ill-equipped team.  Rim Yong-su (Heo) is the north’s entrenched for years Ambassador who will stop at nothing to get the Somali’s buy in even if that means playing “ball” with both the Government and the Revolutionaries.  It’s this first section that shows Ryoo’s sense of how to handle and set up these games of one-upmanship that gives life to the first half of the film.

It’s in the second half of the film that action begins.  Part of the beauty of Ryoo’s film is that it spends the time setting not just the stage for chaos but also all the characters/players involved.  Each person that plays a role on the North and South contingents is specifically drawn and not just a “paint by numbers” target waiting to be killed.  The screenplay by Ryoo and Lee Gi-cheol excels in character development and smart dialog.  One almost wishes this was some sort of dramedy set at the respective embassies as even the smallest amount of knowledge of the time and region know that this is just a hopeful wish.

When the film does finally unleash the chaos of violence and war Ryoo’s film soars.  Never a straight-ahead war picture.  Escape from Mogadishu is about the survival of normal people put into extreme circumstances.  The way that Ryoo is able to show how these two sides see no other option than to help each other after years of aggression is where the film’s real drama lies.

How the film plays out without any sort of “Michael Bay” hero figure gives the film a gravitas and seriousness that war pictures cannot match.  There’s a danger that death is right around the corner to every interaction and new roadblocks to their safety.  Even the two supposed “spies” or contractors that are more paranoid about one another that causes more conflict than it resolves.  Ryoo’s film shows that these two sides in a deadlock Cold War still have to consider the consequences of their actions even as they fight for their lives.

Escape from Mogadishu in its final moments the film shows its true power as a film as these survivors face a reality that often isn’t discussed in Cold War films of any sort.  At its end, it is a sobering reminder that wars in all their forms hot, cold, or otherwise only damages the citizens it affects.

Well Go USA has been provided a beautiful transfer.  There are zero defects to this digitally captured image.  The color reproduction, sharpness, black, and contrast levels are perfectly tuned in for a great presentation.

Production Documentary – Divided into three sections this is more of an EPK-style look at the movie.  Note: you can play the first and will play all of the documentaries at once.

Motive (1:53) – looks at why the cast and crew got involve with the project.

Mogadishu (1:43) – looks at what it took to shoot Morocco for Mogadishu and the impressive lengths they took to create a sense of realism.

Actors (2:04) – looks at the various actors and why they joined the production.

Making Of – Divided into two parts again more of an EPK-style look at the movie.  Note: you can play the first and will play all of the documentaries at once.

Rounding out the special features are additional trailers for Seobok, Raging Fire, Hell Fath No Fury